'My next girlfriend': Kenneth Ma hints he's broken up from Jacqueline Wong

When news broke that his girlfriend had cuckolded him, Kenneth Ma was universally praised for taking the high road.

Now it seems the Hong Kong actor has finally had enough of Jacqueline Wong.

During a recent interview on the set of his drama series The Exorcist's Meter 2, Kenneth said, "When I find a girlfriend next time, I will not find a Gong Lui."

The term literally means "Hong Kong woman" in Cantonese, but is also slang for "materialistic woman". 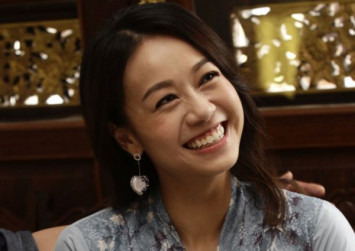 Kenneth was answering questions on money and the opposite sex, although he might have let slip that he no longer has a girlfriend.

He and fellow entertainer Jacqueline were dating for around three years before an in-car video surfaced showing her getting intimate with married singer Andy Hui.

In the immediate aftermath, Kenneth defended her, adding that he had calmed down from it fairly quickly.

He buried himself in work - and in the same interview, he explained that "the more (money) I make, the more I feel secure financially."

This prompted reporters to ask whether he thinks wealth attracts women.

"That would be meaningless," the 45-year-old argued.

They then asked whether fidelity would be an attribute, clearly referencing the cheating scandal.

He said that he "doesn't know" and would "make the best of things".

For weeks, the media and netizens have been trying to figure out whether Kenneth and Jacqueline were still together.

There were reports that the two stuffed toys still in his car stood for the couple, while some have spotted Kenneth no longer wearing the matching couple ring he bought last year with her.

It is believed that Jacqueline has relocated to the US, accompanied by rumours that she is pregnant.

#celebrities #Hong Kong #Adultery/Affairs #In Case You Missed It