Nicolas Cage's estranged wife Erika Koike is asking for spousal support - despite the fact the couple was only married for four days.

Hollywood actor asked for an annulment just four days after, claiming he was drunk at the time and "lacked understanding of his actions in marrying [Koike] to the extent that he was incapable of agreeing to the marriage".

However, whilst Erika is happy to end the couple's short-lived marriage, she wants him to pay spousal support to her as she claims she has lost job opportunities during their year-long relationship and she also alleges that her reputation has been damaged by the legal fees, TMZ reports. 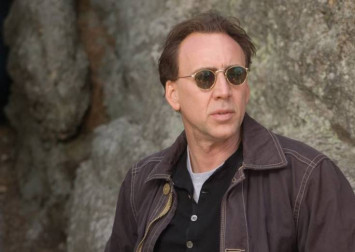 Nicolas previously stated he was "too drunk" to get married.

His lawyers stated: "Prior to obtaining a marriage license and drinking to the point of intoxication. As a result of his  intoxication, when [Koike] suggested to [Cage] that they should marry, [Cage] reacted on impulse and without the ability to understand the full impact of his actions."

The court documents also claim that Koike didn't "disclose to [Cage] the full nature and extent of her relationship with another person and didn't inform him of her criminal history including additional active criminal proceedings". It is believed that she is due in court in Las Vegas in June over a DUI charge, which she has pled not guilty to.