One night only: Legendary K-pop boy band Shinhwa reunites for this special performance

Whether you're a newbie or a longtime fan of K-pop, there is one legendary boy band that most would have heard of — and that is Shinhwa.

One of the first boy bands who made it big during the Hallyu wave, Shinhwa has left a huge impact on the industry, and other renowned groups like SNSD and BTS have paid homage to them by performing their hit songs.

After announcing in 2020 that the members would be taking a break from group activities to focus on pursuing their individual engagements, Shinhwa hasn't performed or put out new music. However, they reunited for one night only for a special event.

The group started off awkwardly but they managed to find their groove rather quickly.

Although only five out of six of the members were seen on stage, Shinhwa's Shin Hye-sung was confirmed to have attended the wedding, but didn't participate as he was feeling a little under the weather.

Andy also wrote on his Instagram post: "It was nice to see all our members after a long time, thank you so much."

Aside from surprising the guests that attended the private wedding held at Seoul, they also thrilled fans who viewed the video clip of their performance on social media.

Shinhwa debuted on March 24, 1998 under SM Entertainment, with their single Resolver and holds the world record for being the boy band that lasted the longest without any signs of disbandment — 24 years and counting. 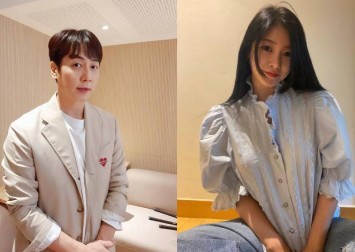 In 2003, Shinhwa's five-year contract with SM Entertainment came to an end. Instead of renewing their contracts to become soloists, the group decided to part ways with the company and sign with Good Entertainment as a full unit in 2004.

In 2008, the boy band went on a four-year hiatus to complete their mandatory military service. After that, the group went on to establish their own company in 2011 — Shinhwa Company — to manage their group activities.

Between 2012 and 2019, the group came back with several singles, albums and concerts. They also won a lengthy legal battle in 2015, reclaiming the rights to their name.

Prior to this one-night-only event, the group was last seen performing at their 21st anniversary concert CHAPTER 4 in April 2019 before Covid-19 struck.

And from the reactions to their unannounced 'reunion', it's safe to say that many fans are still waiting for their return.