Seems like the rumours are true and a K-drama bae is joining the Marvel Cinematic Universe (MCU).

Back in June, it was reported that Park Seo-joon (star of Itaewon Class) was cast in The Marvels. However, Marvel Studios remained silent while Seo-joon's agency had "no comment" in response to the news.

Well folks, the secret seems to be out as his agency Awesome ENT confirmed his role in a Marvel movie.

The 32-year-old South Korean actor was photographed at Incheon International Airport today (Sept 3) and his agency confirmed that he has left to film a Marvel movie.

However, they declined to reveal other details and said it'll be released at a later date.

The agency said: "We thank the many people who have shown interest and support for Park Seo-joon as he takes on this new challenge.

"We are well aware that many people are curious about the name of the film in which he will be appearing, his character, the filming location, and his filming schedule, but we plan to reveal the details of the movie at a later date."

Yes, it's not been officially confirmed that he's joining The Marvels but all signs seem to point to it. In fact, a recent update by IMDB added the actor's name to the cast list. 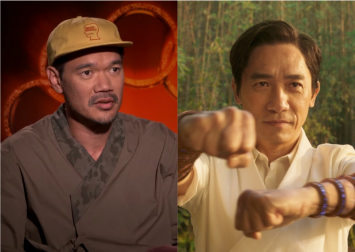 It's also been speculated that he might be playing Korean-American teenage hero Amadeus Cho.

In the comics, Amadeus is the son of Helen Cho, a character who was introduced in Avengers: Age of Ultron and played by South Korean actress Claudia Kim.

The Marvels is the sequel to 2019's Captain Marvel (the MCU debut of the titular heroine) and a continuation of the upcoming Disney+ series Ms Marvel.