SINGAPORE - The Mandarin-language thriller Precious Is The Night has been selected by the Singapore Film Commission as the nation's entry to next year's Academy Awards in the Best International Feature Film category.

Set in the 1960s, Tan is a playboy doctor who makes house calls to the mansion of a patient, the wife of a tycoon. Behind closed doors, a risky game of seduction and betrayal plays out. 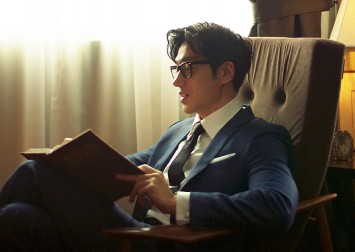 The film is a Taiwan-Singapore project directed by Wayne Peng, a Taiwanese documentary and music video-maker, and produced by Singaporean Lim Sau Hoong. The husband-and-wife team made the documentary, Burning Dreams (2003), about a dance troupe in China, which was nominated for three Golden Horse Awards.

Precious Is The Night is their first feature film.

It was shot in several Singapore locations, with one bungalow in Katong becoming a focal point.

In a press statement, the director of the Singapore Film Commission Joachim Ng said: "The 1960s Singapore setting brings forth a sense of nostalgia and cultural richness that complements the plot beautifully. We are truly proud of our dedicated and passionate homegrown filmmakers and will continue to work with them to co-create Made-with-Singapore content to reach a global audience."

No Singapore film has made it to the shortlist of the Oscars in this category, which was previously known as Best Foreign Language Film.

WATCH: E-Junkies: Chuando got shy talking about his sex scene in movie Precious is The Night