Rebecca Lim has wedding planned out, wants tiny diamond ring because size does not matter

Can you hear the bells ringing?

Rebecca Lim certainly has for a while now because the 33-year-old local actress revealed that she already has her wedding and engagement plans all thought out — including a tiny engagement ring because size doesn't matter.

At a jewellery brand event last Saturday (Oct 20), she told Toggle that she wants a simple ceremony and even put the kibosh on a destination wedding or a beach wedding. For her nuptials, she envisions a solemnisation followed by a cosy buffet dinner.

She said: "Everything done in one day. No destination wedding because I am a very bad planner and it’s too much work, and definitely not a beach wedding. Nope. No sun for me." 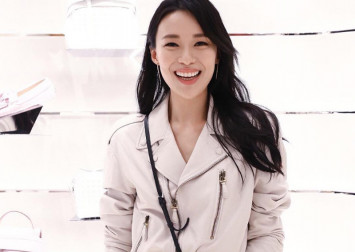 While Rebecca may have her wedding day schedule ironed out, she has yet to say yes to a dress.

But that's not because she's spoilt for choice, rather, her tastes have changed for the simpler.

"The gowns are constantly changing. When I was much younger, I wanted something with a princess cut. Then I started doing a lot of wedding photo shoots and shows, and I realised those are the hardest dresses to walk in, so something simple like what I am wearing (an elegant white peplum dress from Viktor and Rolf) or maybe even a white suit," she explained to Toggle.

And like most girls, she even has her eye on the perfect engagement ring for herself. No surprises there because it was reported that she has helped many friends and siblings pick out "the one".

Despite having the one ring in mind, she has made it clear that her future hubby should not ask her to pick out her own engagement ring as she wants to test how well he knows her.

“It must be a surprise!” she insisted.

Rebecca described her dream engagement ring as "very simple” with a “tiny” diamond, but her choice is not due to budget.

She confessed: “I am terrified that I will lose it because I am always losing my stuff, so I think smaller is better, then my husband can buy me another one! I don’t want to start a quarrel at such an early stage of my marriage!”

Tiny though it may be, Rebecca definitely likes her bling because she said that the diamond has to very shiny. The ring would also be made from white gold with “a half-carat round diamond with a very good cut”.

"I also think it is not the size that matters, but the quality and meaning behind the gift, so a simple band with a solitaire and maybe our wedding date engraved on it (so I will not forget our anniversary) will do," she added.

However, what people don't know is that Rebecca is a reformed 'size queen'. She admitted that she used to want a diamond with "a minimum of three carats", but now she prefers that her future hubby spends more on a good diamond instead of a bigger one.

She laughed: "And the rest of the cash, he can pass it to me!"

Rebecca may have talked about her wedding plans but it remains unclear if Rebecca is currently dating someone.

However, for the longest time, she was rumoured to be romantically linked with local actor Ian Fang, who got into trouble earlier this year for his sexy messages with fellow actress Carrie Wong. 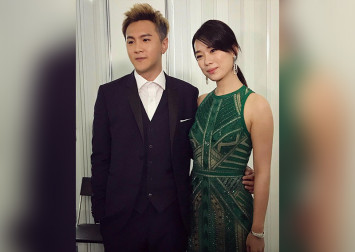 When Rebecca was asked about his plight in July, she told the media that she hoped her "good friend Ian" was okay, and revealed that she has not seen him in a while.

In response to queries about whether she has forgiven him, Rebecca replied: "There's nothing to forgive. We have not had a proper word with each other since the incident occured.

"This is his personal affair, after all. I just hope to see a better him after he weathers the storm."

#Local celebrities #Weddings and engagements #In Case You Missed It