The chart-topping pop star has revealed he still has fond memories of "sleeping with Blue Coats" during family holidays in Britain during his younger years.

Robbie, 47 - who is married to actress Ayda Field - shared: "I have spent a fortune ... none [of my holidays] have come close to the joy and excitement and happiness I had on those holidays.

"When you're talking about holiday romances, I remember metaphorically working through the gears.

Robbie admitted that his holiday romances escalated as he got a bit older, and even though he's now a married man, the pop star concedes it was a "very, very exciting" time in his life.

He told the Life's A Beach podcast: "It progressed from year to year and yes there were many holiday romances and it was very, very exciting."

Meanwhile, Robbie is reportedly planning to move to Switzerland. 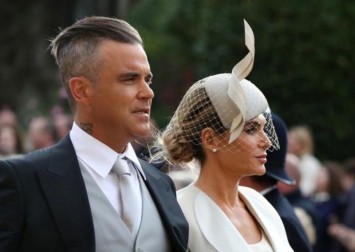 The Angels hitmaker and his wife are poised to move to a £24 million (S$44 million) villa on the shores of Lake Geneva in Switzerland, having quietly put their 17th century mansion in Wiltshire, South-West England, on the market.

A source recently said: "Robbie was in a different phase of his life when he bought Compton Bassett House.

"It seemed like an idyllic hideaway in the English countryside but he never really felt at home there. In a matter of months he realised it wasn't where he and Ayda wanted to settle.

"Now he's planning a reshuffle of his property portfolio since deciding to buy in Switzerland. The family moved there last summer and rented for six months to make sure they wanted to stay."