You know that Nas Daily guy? His videos are so annoying, right?

Then he called Singapore "the almost perfect country". 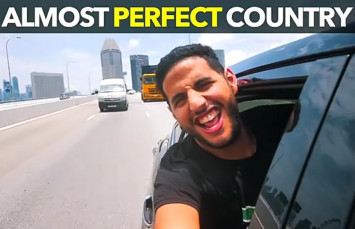 Hello? What "almost"? Singapore is the perfect country, okay?

I want to complain, but I'm scared he'll call me "crybaby". I'm very sensitive. I may actually cry.

But he's gone now. You have taken over from him.

It's your Facebook videos everyone is talking about now.

And all you were trying to do was sell some clothes from your online shop Misshopper Boutique.

It started on Sept 21 when someone posted a video of you promoting a top with metal rings as sort of a wearable rack where you can use S-hooks to hang umbrellas, ez-link cards, wanton mee - "whatever you want to hook, you can hook".

I also wanted to buy the $9 "designer top" in case one day, I go to the market and have no hands to carry, but alas, I understand it's sold out.

The video has been viewed more than 2 million times.

Read Also
Singapore's favourite ah lian on her sudden fame: 'I want to tell my parents...' 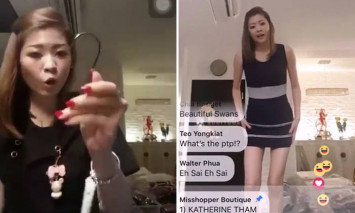 But with fame come those who seek to exploit your fame.

And I'm not just talking about Ikea, Jollibee and Scoot shamelessly using the S-hook in their ads last week. They should pay you a commission.

You wrote: "A police report has been lodged Set 25 at 00:51am. My taglines and photos have been used on the other page. Kindly spread the word and take note. I am not related to the other two pages. Be careful cos it might be a scam."

Well, you know what they say, imitation is the sincerest form of flattery - and copyright infringement.

The good news is that I read that Mark Lee has signed you to his company. He said you reminded him of a young Patricia Mok.

What an insult. You're much more chio than Patricia Mok.

Maybe Jack Neo will cast you in Ah Boys To Men 5: Money Make No Enough.

After all, your videos are more entertaining than all the Jack Neo movies put together.

But I have a complaint about one of your videos.

Please don't call me a crybaby. You know how sensitive I am.

You remember that video where you warn customers more than 1.6m tall about a dress that may be too short for them?

You said: "And then you walk, you cannot open big big already. You must close and tight(ly), okay?

"If not, your luncheon meat, your seaweed come out give people see."

What did I just hear?

If you mean what I think you mean, I'm very distressed by that last line.

But because of you, I don't think I can ever eat luncheon meat again.

Please don't scold me for complaining.