'To save and comfort': Sharon Au says global network of Singaporeans offer food, home appliances and shelter after break-in

Sharon Au expresses her gratitude towards Singaporeans who have reached out to help her after her traumatic encounter with burglary in Paris.

The dark clouds hanging over Sharon Au's life in France are dissipating, thanks to the love from fellow Singaporeans.

In an Instagram post yesterday (May 30), the 46-year-old shared with followers her chance encounter with a few Singaporeans on the streets of France who brightened her day and lifted her mood.

They moved her with their warmth and love during a period when she was feeling the lowest, Sharon said in her post.

She added she has been receiving messages from Singaporeans travelling to Paris as well as those living in Europe, who offered her "comfort food" like bak chor mee and chwee kueh, household appliances like refrigerators and even a place to stay if she needed it.

"During the days when I was trying to pick myself up, these messages had one by one lifted me up to stand right back on my feet," Sharon said.

"I now see for myself, when trauma strikes, there is a network of Singaporeans who would come forth to save and to comfort you."

The light at the end of this tunnel comes after a harrowing brush with crime in April this year.

On May 11, Sharon revealed on Instagram that she had been robbed of almost everything she had except her cat Rudon, after a burglar broke into her home in Paris.

Read Also
When Sharon Au was suicidal, her mum surprisingly told her she could leave if she wanted 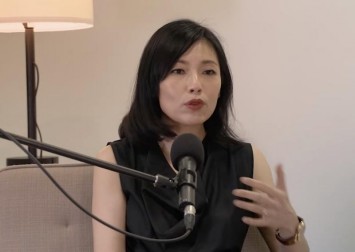 The incident was so distressing to her that she needed "11 days to pen the note without crying", even causing her to quit her job as she wanted to "heal first and reevaluate life".

Her troubles didn't stop there, however — just five days after the burglary, her laptop's Find My Mac feature indicated the laptop's location.

Unfortunately, it was about 64km outside of Paris, and the police were not able to follow up on that.

"The police said they were too busy," Sharon explained. "They have bigger crimes to solve."

Her harder days behind her now, Sharon expressed her gratitude to Singaporeans who have offered aid.

"I want to thank you," she said. "I am A-okay now. Maybe not completely but I will learn from this lesson. It was a horrifying situation, but worse could have happened. Rudon and I are truly lucky to be alive."

READ ALSO: 'An angel was sent to me': Siti Khalijah on kind PHV driver who waited at remote cemetery to drive her out