Simon Leviev has denied being the Tinder Swindler.

The 31-year-old convict — who allegedly conned several women he met on dating app Tinder out of an estimated $10 million — recently became the subject of a hit Netflix documentary based on his case.

In a trailer for Inside Edition, he said: "I am not the Tinder Swindler. I'm not a fraud and I'm not a fake. People don't know me - so they cannot judge me. I was just a single guy that wanted to meet some girls on Tinder. I'm not this monster."

The Israeli native — whose real name is Shimon Yehuda Hayut but operated under a number of aliases when creating profiles on the dating app — tricked women he met on Tinder into believing he was the son of a billionaire diamond merchant but has rubbished the Netflix documentary as being more like a "made-up movie."

He said: "They present it as a documentary but in truth, it's like a complete[ly] made-up movie."

The alleged conman had previously threatened to launch legal action against his accusers, claiming that everything is "basically a lie."

In response to the Netflix documentary: "I will proceed with the lawsuit against you for discrimination and lies and, you know, everything is based basically on a lie. And that's it, this is how it's gonna be." 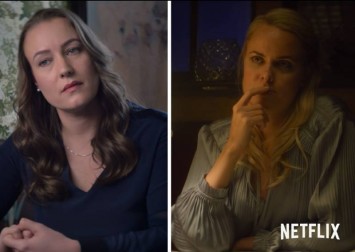 Hayut — who previously served time in Finland for defrauding several women — also recently promised to discuss his own "side of the story", before he disappeared from social media platforms.

The so-called Tinder Swindler wrote: "I will share my side of the story in the next few days when I have sorted out the best and most respectful way to tell it, both to the involved parties and myself."

In 2019, Hayut was arrested in Greece for travelling with a fake passport and deported back to Israel, where he was sentenced to prison for 15 months for theft and forgery before being released after just five months due to the COVID-19 pandemic.