When Disney+ first launched in the US in November 2019, the streaming platform by the House of Mouse had five content brands — Marvel, Pixar, Star Wars, Disney, and National Geographic.

With these five brands, Disney+ boasts an impressive line-up of content, but with a slate that was still generally family-friendly.

However, this is about to change on Feb 23 — the day the streaming platform launches in Singapore — when Disney+ adds the Star brand to their collection. This makes Singapore the first market globally to launch Disney+ with all six content brands, offering you over 650 films and 15,000 episodes of content.

Star is a familiar entertainment brand in Asia and will bring more mature Hollywood content to Disney+ subscribers. During the press event for Disney+ today (Feb 2), local media got a glimpse of what it will offer and there are plenty of titles available — both old and new.

There will also be Star Originals like Big Sky, an intense thriller following two private detectives' search for two sisters; and Helstrom, a show about Daimon and Ana Helstrom (based on the demon-human hybrid Hellstrom siblings from Marvel Comics) who hunt the worst of humanity.

Phase 4 movies will be on Disney+ eventually

At launch, Disney+ will come with your favourite Marvel blockbuster films such as Captain America: Civil War, Black Panther, Avengers: Infinity War, and Avengers: Endgame. But as the Marvel Cinematic Universe (MCU) progresses into Phase 4, will we see the new movies released on Disney+ as well?

Kevin Feige, the president and chief creative officer of Marvel Studios, connected virtually for a live Q&A session where he shared that "all [Phase 4 films] will be released on Disney+ eventually; when and how is for other people to answer, other than myself".

Though the movies will be made available on Disney+ at some point in time, Kevin is hopeful that the communal and shared experience of watching films will still draw crowds to the cinemas.

In response to AsiaOne's question about whether making Phase 4 films available on Disney+ might disrupt cinema-goers' habits and discourage them from watching it in cinemas, he replied: "I've been worrying about that for a year and I do think that humans want to be together and when we're able to safely, we still will. Nothing beats that experience of being in a theatre full of people.

"You can't have lived through the Avengers movies like I have, and sat through opening night in those theatres, and not [have] gotten such a giant adrenaline rush that you can't wait to rush out when it's safe and do that again. So I think that will continue, I hope, in the not-too-distant future." 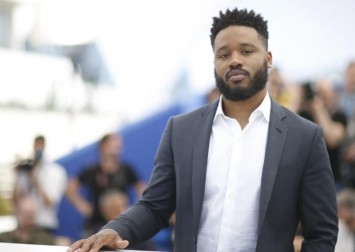 For now, while we wait with bated breath for the film Black Widow (which hopefully will not be delayed again), subscribers can enjoy the start of Phase 4 with the much-talked-about series WandaVision once Disney+ launches here.

Other Phase 4 Marvel series — such as The Falcon and The Winter Soldier, and Loki — will join the ranks when they premiere on the platform on March 19 and in May respectively.

And if you're new to the MCU, Kevin assured that they've worked really hard to ensure that barrier to entry is low for you.

He said: "There's an expectation that you do need to have seen all of the amazing amount of Marvel Cinematic Universe stuff on Disney+ to watch something new, but we've spent a lot of time making sure that's not the case. And if you have, you do understand more of the Easter eggs.

"If you haven't, in some ways you actually get a more pure version of the story that we're unveiling because you're not supposed to know everything when you open page one of a new book."

Another big title coming to Disney+ is the animated fantasy film Raya and the Last Dragon which is inspired by the cultures and people of Southeast Asia. The film will be released simultaneously in theatres and on Disney+ with Premiere Access (details and pricing will be confirmed at a later date).

Producer Osnat Shurer also made an appearance at the press event where she spoke about how the food in Southeast Asia was a big inspiration when they travelled across the region, including Singapore, for research.

She shared: "In the film you can actually see, the movie is a journey of trust, of our main character (Raya) learning to trust again, and you can track that through the food."

With six iconic content brands under one streaming roof, viewers can expect thousands of hours of entertainment for all ages. 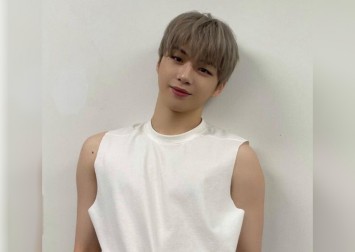 Pixar is coming out with Pixar Popcorn, a collection of mini shorts featuring Pixar characters in all-new, bite-sized stories. There will also be Dug Days, a collection of shorts following the humorous misadventures of the lovable dog from the movie Up, and Pixar's first-ever long-form animated series Win or Lose (to be released in 2023).

Of course, the critically acclaimed Star Wars television series The Mandalorian will be available, and upcoming series like Ahsoka, Obi-Wan Kenobi, and The Bad Batch will also expand the Star Wars galaxy.

Viewers can also check out National Geographic's Gordon Ramsey: Uncharted, and Limitless — a science series featuring Marvel actor Chris Hemsworth who, we were told, might be shirtless.

Disney+ will launch in Singapore on Feb 23 for a fee of $11.98 a month or $119.98 a year. The service will be available on a wide range of mobile and connected devices, including gaming consoles, streaming media players, and smart TVs. In addition, existing and new StarHub mobile, TV, and broadband customers will be able to enjoy up to two years of access to Disney+.

ALSO READ: StarHub customers can get Disney+ Singapore for free