It's the end of a fairytale romance -- Song Hye-kyo and Song Joong-ki are calling it quits after two years of marriage.

The golden couple of K-drama surprised fans with announcements on Thursday (June 27) that they have filed for a divorce.

Now that they're splitting up, what will become of the A-listers' assets?

According to media reports, they're estimated to be worth an impressive $130 million in total.

It was once thought that the two-storey residence would become the couple's marital home, but they did not move in after their wedding. 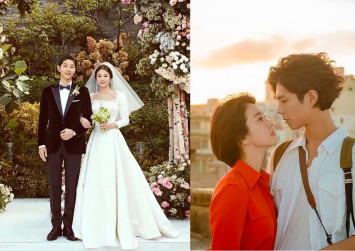 Meanwhile, the 37-year-old actress has more properties under her name. She's reported to own two luxury homes and an apartment in Gangnam, Seoul.

As two of the top earners in the industry, some fans even likened the actors' union to a merger between enterprises.

Love blossomed between the pair while they played an on-screen couple in hit drama Descendants of the Sun in 2016.

The couple tied the knot in a private ceremony at a five-star hotel in Seoul in October the following year.

#celebrities #K-drama #Divorces, Separations and Annulments #In Case You Missed It