Stephen Chow and his girlfriend split in 2010 after a 13-year relationship.

HONG KONG - Hong Kong director Stephen Chow has been sued by his ex-girlfriend Alice Yu for failing to pay her commission of more than HK$70 million (S$12 million).

According to the court filings, Ms Yu, the daughter of property businessman Yu Ching Po, was also Chow's business partner during their courtship.

Drawing a monthly salary of HK$20,000, her designation was "property adviser" and she helped to handle his movie copyrights and property investments.

Ms Yu, who testified in court on Thursday (Nov 19), said she and Chow reached a verbal agreement on the commission on the eve of Christmas Day in 2002.

Chow had then suggested giving her a bicycle as a gift. But she proposed a 10 per cent commission on their investments, including three luxury units with five parking lots and projects under Chow's foundation.

Ms Yu was asked in court why she did not formalise the agreement in black and white. She replied she did not do as she trusted him at that time. 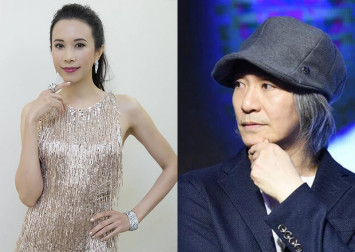 She said she has not received a single cent from the more than HK$70 million in commission due to her.

Chow, who has yet to testify in court, admitted to making the promise to Ms Yu in the court filings. However, he said it was made at the height of their relationship and thus not legally enforceable like a business contract.

He also accused her of "cherry-picking" - mentioning only profits but not the HK$13 million losses made in other investments.

Chow, whose most recent movie was The New King Of Comedy (2019), also said he had given Ms Yu HK$21.6 million. The sum, he said, was given out of love, with no other motives.