Not long after his father's death in 2004, the Singapore filmmaker found the urge to remember the elderly man in a special and heartfelt way. He created his very first short film as a tribute to him.

"When people start out in their career, they want to be good in their work and sometimes, they neglect their family. It was the same with me and my parents. So after my dad passed away, I really missed him and I felt I needed to do something," the 50-year-old told AsiaOne recently in a phone interview.

And from one short film, he went on to create more. His debut feature film Sayang Disayang received the Special Jury Prize for Best Asian Film at the 2013 SalaMindanaw Asian Film Festival in the Philippines. It subsequently represented Singapore at the 2015 Academy Awards for Best Foreign Language Film.

Sanif — who was among the first batch of graduates from Ngee Ann Polytechnic's Film, Sound & Video faculty — spent the first decade of his career doing television dramas and info-ads, something he regarded necessary to polish up skills and create a network of industry contacts.

But the requirements of the job and following TV guidelines meant his own creative voice was stifled. Short films and features became the outlet for him to express what he wants to say. 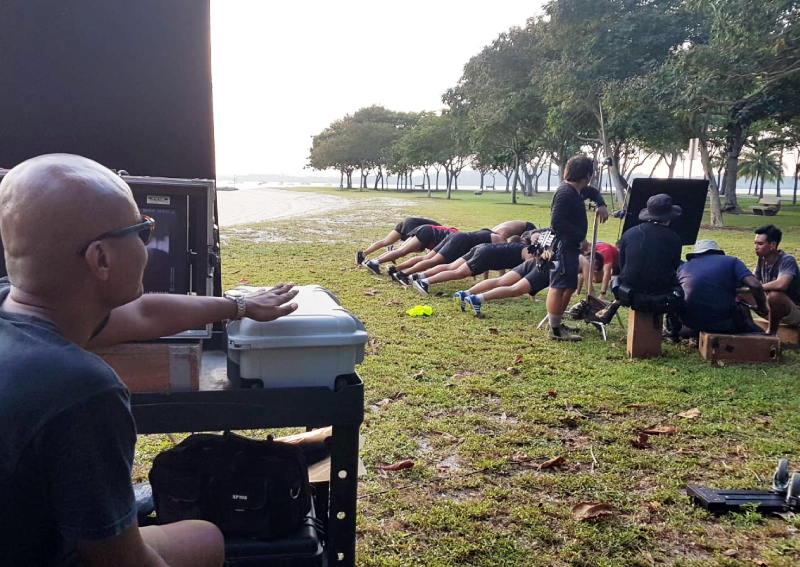 And the Covid-19 pandemic, which comes with deaths, illness, isolation, and uncertain times, has created the potential for many heartfelt stories unique to this generation.

He added: "We are filmmakers, we want to tell stories. During this Covid-19 situation, it's important that we keep on doing that. From what I've seen and experienced, the general population need stories, other than to entertain them, but to also connect with one another and find meaning in their lives.

"People are depressed, staying at home and finding things to do besides spending time with their family. They need something to reconnect to who they are, and this is where filmmakers and content creators come in to create something that we can connect with."

This belief is probably why Sanif is one of the judges for Love Within, an online video competition encouraging the public to create, direct, and act in a three- to five-minute story of the unconditional love that families share, and what gets them through their struggles during these trying times.

Organised by mm2 Entertainment, in collaboration with AsiaOne and Cathay Cineplexes, the competition offers not only cash prizes. A compilation of the best video entries will also be presented to the public in an awards ceremony to be held in July at The Cathay Cineplex. Subsequently, the films will be made available in public screenings at Cathay Cineplexes.

The closing date for entries is next Friday, June 5, and you can click here for more details.

"This competition is about families staying home together during the circuit breaker. People will look back at the films years later when Singapore is back to normal. It's like a historical documentation of who we are in Singapore, and what happened here in 2020," he added.

Apart from Sanif, other local filmmakers Wee Li Lin, K. Rajagopal, and Gavin Lim are on the judging panel as well. 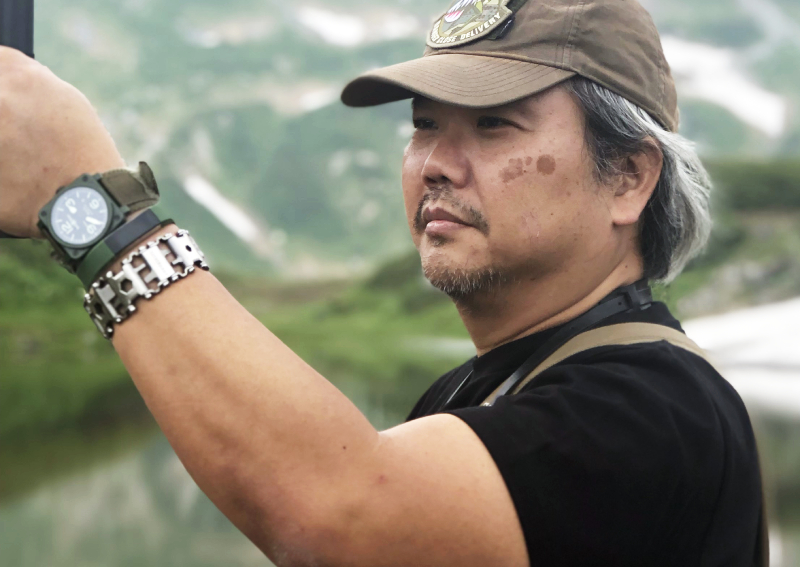 Li Lin, who is also a part-time lecturer on screenwriting for short films at the School of Art, Design and Media in Nanyang Technological University, believes that the people we love have much to offer in terms of meaningful stories.

"I have a grandaunt who's 92. When I went to visit her (before the circuit breaker), she told me so many stories about living through the war. I definitely want to make a film for her before she passes and also films for my parents," she said.

The 46-year-old — who directed the 2018 National Day music video We are Singapore which became the top trending video on YouTube here in that year — added that she knows how hard it is to make an independent film, and she wants to help her students and the community, and see them succeed.

"I believe through stories, you can help people. We can communicate something that someone can potentially learn from and that can move someone. That's meaningful and a reason to wake up in the morning."

And for budding filmmakers who worry about budget and equipment, Li Lin explained: "At the end of the day, if this is your calling in life, you'll find a way to do it. If you can't do big, then do small lor. Shoot on a handphone. If you want to tell a story, there are so many ways to do it, and there are so many stories out there, especially from the people we love."

We also asked Rajagopal to share his tips for people looking to take part in Love Within. The 55-year-old's first feature film, A Yellow Bird, was invited to participate in the Cannes Film Festival's International Critics' Week in 2016, and it was also in the running for the coveted Camera d'Or award.

- Tell your story, don't doubt yourself, just do it. Be confident and something good might come out of it.

- Every story will have its own treatment, so choose the option which tells the story best. You might feel that the story wouldn't need too much technical stuff, it might be a simple story so you can shoot it raw. Or some stories might need a certain look, feel, and lighting.

- How do you see your film as you tell the story? For Rajagopal, sometimes the visual image in his mind as he writes the story dictates how he wants to film and treat the piece.

- Don't overdo it; if you do, you could lose a lot of resources. If you have a lot of that, then that's fine. But if you don't, think of a creative way of doing it.

ALSO READ: Running out of things to do this CB? Here's how to get started in making short films

Love Within is a filmmaking challenge brought to you by mm2 Entertainment and sponsored by Canon Singapore. Stand a chance to win attractive camera kits and filmmaking classes from Canon, click here to find out more.