Shelve the drama or reshoot one-third of Forensic Heroes IV?

In the wake of Jacqueline Wong's cheating scandal with Andy Hui, TVB has decided to bite the bullet and redo her scenes in the upcoming drama.

Over 50 scenes featuring the 30-year-old will have to be filmed again, costing the broadcaster an estimated HK$10 million (S$1.7 million), Hong Kong media reported.

The production team is actively seeking an actress to replace Jacqueline in the reshoot, which will also involve co-stars Raymond Wong, Shaun Tam, and Selena Lee.

Filming will start next month and is expected to take two weeks to complete.

The main reason for the reshoot is TVB's contract with Chinese broadcasters to simultaneously air Forensic Heroes IV in both the mainland and Hong Kong in November.

With Jacqueline's damaged reputation from the scandal, the series has no chance of getting approved by China's censorship board.

To keep to the broadcast date, TVB decided to recast her role and reshoot the affected scenes. 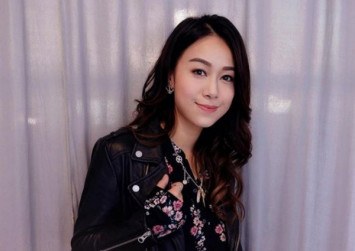 Producer Mui Siu-ching revealed that Chinese investors were largely supportive of the drama and had offered many ways to salvage the situation, and even suggested digitally replacing Jacqueline's face.

Mui, however, was not comfortable with the idea and felt that "reshooting the scenes was the best option."

After her fall from grace, Jacqueline's acting career is now in jeopardy with her work halted and her endorsement deals dropped.

Upcoming TVB dramas featuring the actress, such as The Offliners, Finding Her Voice, and The Maid Alliance, now have no hopes of being broadcast.

The theme song for Come Home Love: Lo and Behold, which she sang, has been replaced with the instrumental version.

#Adultery/Affairs #celebrities #drama series #In Case You Missed It