What has Steven Lim been up to? Growing Up actor's latest project is Singaporean gay drama

He is best known as the handsome younger brother David Tay on the local drama series Growing Up which ran from 1996 to 2001.

That was probably the last time most audiences saw former actor Steven Lim on our screens before he disappeared from local showbiz.

However, the 48-year-old still acts and his recent projects are the local gay drama People Like Us (2016) and Getaway, Singapore's first gay boy love (BL) drama that premiered late last month.

In an interview with AsiaOne yesterday (June 17), Steven shared that he left Singapore to attend the London Academy of Music and Dramatic Art as he "never had any formal training in acting".

He eventually stayed in London for around 14 years and the thought of returning to Singapore never crossed his mind as he found opportunities there.

Steven said: "The acting scene in the UK, it's a lot more vibrant, [there are] more opportunities. I was lucky in that I would get regular roles. So because I was getting work, there wasn't such a need to go back to find work.

"I think at the same time, for me, going to London was about getting experiences and proper training to become an actor." 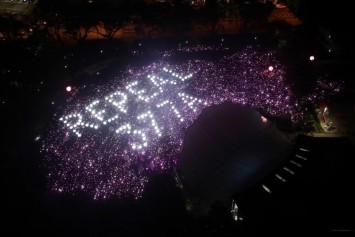 Now, he's based in Bangkok, has lived there for nine years and makes a living by running a cafe (Luka Bangkok) and a restaurant (Luka/Quince at Siri House). He still does his acting on the side, along with his photography.

"I've always maintained that I have three loves in my life in terms of work. One's photography, two is acting and three is coffee. So my full-time job that pays the bills here in Bangkok is, I kind of co-own and run a few cafes and restaurants."

He quipped: "I still keep photography and acting on the sidelines. One keeps me sane from the other."

And life is more settled for him in Thailand because he's older and in a different stage in his life from when he left Singapore over 20 years ago.

"I also chose Thailand because I feel that generally, Bangkok is chaotic but within its chaotic feel, there is a dynamic view to it as well. And there are possibilities which, unfortunately, I would say Singapore would not be able to offer," he added.

"I wish Getaway was made 30 years ago"

Getaway follows Singaporean Sam (Sean Foo) who jets off to Bangkok after his coming out goes horribly wrong with his conservative dad (Steven). He intends to find his exiled gay uncle, who was similarly disowned by his family, for guidance but a chance meeting with a local named Top (Snooker) leads to something more.

On Getaway, Steven plays a conventional father who disapproves of his son's sexuality. However, the restaurateur is openly gay in real life.

When asked about starring in Singapore's first gay boy love drama, he joked without missing a beat: "Well, I only wish Getaway was done like 30 years ago when I was actually a young thing and I could have a bigger role."

Read Also
Stars of Thai boy love drama KinnPorsche: 'All the intimate scenes are so beautiful' 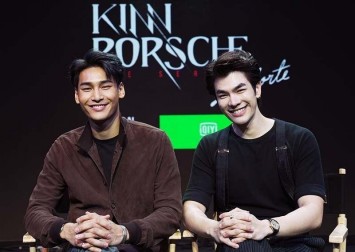 "It is about time," he continued. "It's a genre that is everywhere. You know, in Thailand, each year there are about 80 of these and it does have a great, huge audience."

While Getaway is also a gay drama, it's not the same as the heavier and more serious gay web series People Like Us, in which Steven acted as well. People Like Us explores critical health issues in the community by following the sexual escapades and relationships of four gay men.

It was created "specifically to initiate conversation about fairly heavy topics", he explained.

Steven added: "I love People Like Us. When they sent me the script, I absolutely loved it because it was actually dealing with purpose and issues — things that nobody really wants to talk about. That was important.

"Now, with Getaway, it is a completely different genre. It still presents certain facts and a certain lifestyle but in a much lighter way."

And being different is important, he emphasised, as it will appeal to different people. "For example, the BL genre appeals to a younger, and sometimes, female market as well. And that would have the message reaching out to a different audience."

Watching Getaway, it's easy to notice that the cast are made up of conventionally attractive and fit men. With the web series meant to represent the gay experience, wouldn't it be a concern that the actors don't accurately portray the breadth of the LGBTQ+ community?

Steven said: "Whether it is conventional straight, film, TV, whatever it is, you know, looks do sell products. In this particular thing, it is a BL genre. And the BL genre does usually focus on kind of younger, better-looking casts."

The same sentiment was echoed by Thai actor Paween Nalieng (better known as Snooker) who plays Top, the romantic interest of the lead character.

"I think in BL series, you need to have a good-looking cast to draw attention from the audience to watch it," he said, adding that once audiences are drawn in, they start to see the characters for who they are and fall in love with them.

Snooker is best known for his role as Big on the popular Thai gay web drama series Gay Ok Bangkok.

However, the actor took a while to accept his sexuality and confessed: "At first, I didn't accept myself being gay... I even had a girlfriend before. But at the age of 16, I came out to my family and they were so supportive. Yeah, it was happier, you know, like I could be myself."

One scene in particular stood out for Snooker and it was the first kiss he had with his co-star Sean Foo, who plays the other lead Sam. Snooker said that it reminded him of the feeling of having butterflies in his stomach.

Looking at Snooker, with his sculpted bod and chiselled features, you won't be faulted for thinking life is a breeze for him. Despite his attractive qualities, though, he said he struggles with a lack of confidence and only auditioned for Gay Ok Bangkok after his boyfriend encouraged him.

As for what causes the lack of confidence, he said: "Feeling that I'm not good enough. Like in terms of looks, my ability, you know? So it's kind of an obstacle to me, stopping me from doing anything in my life. Yeah, so I always need someone to be there, to support me, to make me feel confident enough to do something."

That said, the actor was pretty confident of his scenes on Getaway as he sheepishly admitted that they were pretty easy to film and hopes for more of a challenge in the next season.

For Steven, he thinks his character could go one of two ways. He explained: "If you want a nice kind of thing, then in the second season, the dad will be a lot more understanding and will embrace Sam's lifestyle and accept him for who he is.

"Or if you want drama, the dad can actually take a very hard stand. It's drama but it's supposed to be entertainment as well. That's what we need to remember. It's not just all about messages. I mean, sometimes you can put messages but in a subtle way. It doesn't have to be the main thing."

With the character's conservative belief, we pointed out that he could be the audience surrogate as well and a way for them to better understand this struggle.

Steven agreed: "There is definitely that opportunity there. Who knows? Maybe they will write that my character goes through this thought process and actually vocalising it, so people can actually see how he goes from being really upset to actually trying to understand, trying to make things work, to see differently, to learn and to grow."

Snooker added: "Getaway highlights the struggles of the LGBTQ community. For example, Sam gets rejected from his dad after he came out to him. His uncle lost his family after coming out. These are quite heavy topics but Getaway shows it in a way that is entertaining and light-hearted. So hopefully it will help people understand more about the LGBTQ community."

The first four episodes of Getaway are available on YouTube with a crowdfunding announcement for the second season to be made after the season finale on Monday, June 20.