Who's Han Seo-hee, the woman in T.O.P and B.I.'s drug scandals, and now in court against YG founder?

Former South Korean idol trainee Han Seo-hee has once again made headlines — for all the wrong reasons.

The 27-year-old appeared in court on Monday (May 30) as a witness at the fifth open trial of YG Entertainment founder and ex-CEO Yang Hyun-suk, the media reported.

Hyun-suk, 52, is accused of attempting to cover up Korean rapper B.I. purchasing drugs and also threatening Seo-hee to retract her testimony about it.

What did she do and what's her involvement with them? Here's what we know.

During the trial, Hyun-suk's lawyers presented text messages between him and Seo-hee, which revealed that he first met the woman, said to be a former YG trainee, at an upscale prostitution bar.

In these text messages, Seo-hee had also addressed Hyun-suk — who rose to fame in the 1990s as a member of the music group Seo Taiji and Boys — as "oppa", a term of endearment for an older male.

The messages were presented as evidence to dispute Seo-hee's claim that she was afraid of Hyun-suk.

Seo-hee replied that she felt afraid when he called her into his office after she made claims about B.I.'s drug purchase. 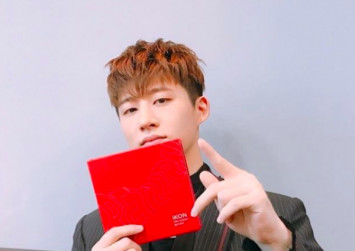 In 2019, Seo-hee admitted that she had delivered drugs to B.I. but insisted she was not a drug dealer.

According to Seo-hee's lawyer, Hyun-suk tried to force her to reverse her statement about B.I, and told her: "It would be really easy for me to make things difficult for you."

During the cross-examination, she also got riled up in court and called him "trash".

"I don't know why I was afraid of that trash. I should have cussed at him then. It's my biggest regret."

However, she later apologised for her response after the court pointed out that her emotional reaction could undermine her case.

In April and May 2016, B.I., then the leader of the K-pop boy band iKON, purchased and used marijuana and LSD from Seo-hee. According to media outlet Dispatch, he wanted to try the hallucinogenic drug as he wanted to "become a genius".

In September last year, he was sentenced to a four-year probation with a three-year jail term if he violated the probation.

In addition, the 25-year-old, whose real name is Kim Han-bin, was also given a fine of 1.5 million KRW (S$1,650), and had to complete 80 hours of community service and 40 hours of drug education courses. 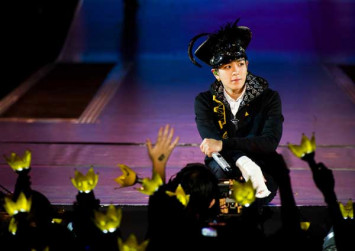 Shortly after her dealings with B.I., Seo-hee was contacted by BigBang's rapper T.O.P, whose real name is Choi Seung-hyun, and they used drugs together on three occasions in October 2016.

The following month, Hyun-suk reportedly told Seo-hee to leave the country for the US and remain there till T.O.P was enlisted into the military in February 2017.

When Seo-hee was eventually arrested in March 2017 for drug use, the police connected her case to T.O.P, who also tested positive for drug use.