Will they ever date again? Former couple Thomas Ong and Sharon Au address 'elephant in the room'

When you bring two old flames together, and they've been close friends for a long time, one would expect some rekindling of a past romance.

During an hour-long Facebook Live session last night (Aug 19), netizens were lobbying for local actor Thomas Ong and former artiste Sharon Au to get together again. One even went as far as to suggest that Thomas stay the night.

The reunion was initiated by Thomas who publicly invited Sharon on Facebook as he had many questions for her.

Sharon has been back in town since June 7 but will leave in less than 10 days.

The reaction from netizens isn't surprising, considering the pair dated back in the '90s and are still close friends.

This prompted Sharon, 46, to clear the air on her relationship with her former beau. The verdict? As Tay Tay (Taylor Swift) once sang, they're never ever getting back together.

She said: "Actually, I'd like to address the elephant in the room. Everyone keeps talking about the two of us together. I think that a friendship has more longevity and we can be friends for a much longer time."

Thomas, 52, added: "She understands me very well and vice versa. When you know each other so well, it may not necessarily be a good thing [romantically]. But as friends, it's okay because we'll tolerate and accommodate each other."

"We will just laugh and let things go," Sharon interjected.

When Thomas asked if Sharon ever felt lonely, the latter said she has but it's fleeting.

She shared: "Loneliness comes and goes but it's never persistent."

Thomas also said that doing things alone — like eating dinner or watching a movie — can be quite sad, but once you're used to it, you can find enjoyment in doing things solo.

"You can find your happiness in being alone. You don't necessarily need someone to be happy because you have to find your own happiness and not rely on others to give it to you," he advised.

Sharon is too atas

The duo also joked that Sharon's expensive taste is one of the reasons they can't be together.

When they were younger, they travelled frequently, and while Thomas preferred to stay in cheaper hotels, Sharon wanted to stay in fancier places.

During a trip to Bangkok, Sharon stayed at the Mandarin Oriental and went for massages at a luxury spa. 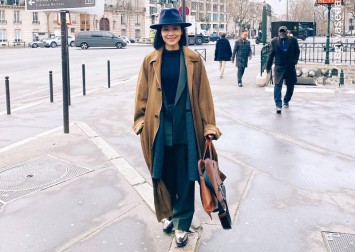 They even had a minor tiff when they travelled to Hong Kong because of their lodgings, although Thomas said he doesn't recall the incident.

According to Sharon, Thomas wanted to put up at a budget hotel and she went along with it to avoid any unhappiness.

However, she wasn't comfortable staying there and asked Thomas to move hotels for the last two nights. They ended up going to Mandarin Oriental.

She said: "He was so unhappy because he said for the price of one night at Mandarin Oriental, he could have stayed for multiple nights at another hotel. Now you know why we're not together."