Zoe Tay reveals mum has dementia, shares how she and her children care for her

Zoe Tay's mother has dementia and she's taking care of her with help from her family.

Losing your most precious memories may be a scary thing but Zoe Tay tells us not to fret.

In a video uploaded to Instagram yesterday (Sept 22) for the Agency for Integrated Care (AIC) and Dementia Singapore, Zoe revealed that her mother, who lives with the actress, was diagnosed with dementia when the latter was in her 70s.

"She would often forget where she placed things and forget to turn off the stove," Zoe, 54, recalled. "Over time, she started to repeat the same topic over and over again.

"She would also recall the past but was unable to remember recent events such as the people she met recently or what she had eaten."

Zoe's mother Wong Pong Chin is now 86 so she's had ample experience in caring for the elderly woman since her diagnosis years prior.

But her experience isn't just first-hand. In 2013, she acted in the 45-minute telemovie Recipe which follows Grace (played by Zoe) as she cares for her mother who has dementia. The experience allowed Zoe to learn how to be a caregiver to her own mother and she shared this knowledge with her family.

She added in the video: "My helper and children are all willing to help.

Adding that her mother loves the games they play, Zoe said that her children and her mother have become more closely knit than before.

"Engagement is an effective way to delay the onset of dementia. Support from the family is also very important in helping prevent loved ones from feeling helpless and also aiding in controlling their symptoms," Zoe explained.

Read Also
'Parenting isn't just dealing with your children': Qi Yuwu on protecting his kids in a changing world 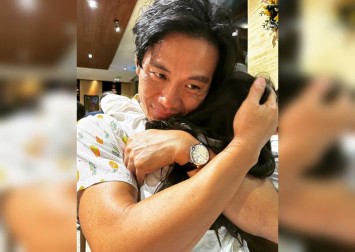 in a recent interview with AsiaOne for the Mediacorp drama Dark Angel, Zoe also shared how she spends time with her mother.

"After I finish filming, I spend most of my time at home and accompany my mother. Sometimes, my mother acts like she hasn't seen me in months!" Zoe said.

Occasionally, she would sit beside her mother and watch TV together with her.

"I can feel that she's happy because she knows I'm at home accompanying her, because all the kids have already grown up [and left home]," Zoe thoughtfully added.

"I would buy food back and eat with her after I come back from exercise — I can feel that she's happy with my presence."

AIC's Support and resources to help you care for those with dementia are available here.

ALSO READ: 'It's not taboo': Xiang Yun writes her will, signs lasting power of attorney