Even a multi-award winning actress could not escape the fate of being torn between her parents and the man she loves.

Zhang Ziyi, 40, who shot to international fame with movie Crouching Tiger, Hidden Dragon, told her fellow cast members on a reality travel programme that her parents had disapproved of her marriage to Chinese rock singer Wang Feng, 47, as he is a divorcee with children.

Zhang and Wang got married in 2015. They have a three-year-old daughter who is known by her nickname Xingxing.

Wang is divorced twice. He has a daughter with his second wife and another with an ex-girlfriend. This is Zhang's first marriage.

"I couldn't mention his name," said Zhang in an episode of Viva La Romance Season 2 shown on Thursday (March 7), recalling her strained relationship with her parents.

After Zhang and Wang got married, they moved into an apartment below her parents' "as it's convenient for me to go back to get my things", said Zhang.

The proximity also led to one awkward lift encounter on Mid-Autumn Festival, a day of family reunion in Chinese tradition.

The celebrity couple were riding a lift in their apartment building when the lift door opened and they came face to face with her parents.

"I was so embarrassed, and I said 'we were on our way to visit you'," said Zhang. 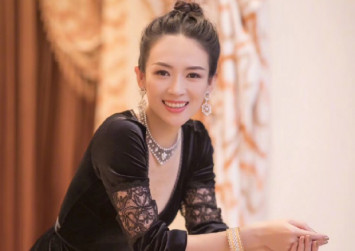 On the same show, Wang described how he won over his in-laws by showering them with attention and treating them like friends.

"At the beginning, her mother insisted that there be no mention of my name; but now she will fight whoever talks bad about me," said Wang.

Zhang was still a student at the prestigious Central Academy of Drama when she took on her breakout role in the movie The Road Home (1999) directed by Zhang Yimou.

Over the years, she has won several awards for her acting, including the Hong Kong Film Award and Toronto Film Critics Association Award. In 2013, she received the French Cultural Order at the Ordre des Arts et des Lettres.

Wang was a celebrity coach on television singing contest The Voice Of China, which was later rebranded Sing! China due to contractual issues.

#celebrities #Dating/Relationships #marriage #In Case You Missed It