Covid-19 risks in young adult males may be under-recognised: Study

Young men could be at higher risk of contracting Covid-19 than is currently recognised, researchers have suggested, citing computer models.

Coronavirus infections in younger age groups are going undetected and young men in particular may be silent drivers of infections in older adults, a Canadian research team wrote in Annals of Internal Medicine on Tuesday (Aug 17).

Older adults are at high risk for Covid-19 and poor outcomes, so early vaccination efforts were focused on them before expanding to include younger groups.

The new study suggests that high reported infection rates in older adults may result partly from more frequent testing in this group due to more severe disease. 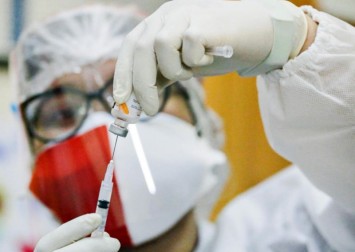 "When people look at the numbers during the pandemic, sometimes we forget that how many cases we see really depends on how much testing we do. And that testing is different across age groups," said co-author David Fisman of the University of Toronto.

Using records of all SARS-CoV-2 PCR tests and diagnoses in Ontario, Canada, between Mar and Dec 2020, Fisman's team developed statistical models to analyse whether differences in infection rates by age group are impacted by testing frequency.

After adjusting for testing frequency, the risk of infection was lowest in children under age 10 and in adults over age 80, compared with the overall population, the researchers said. Rates were highest in adolescents and young adults aged 20 to 49 years, particularly in young adult males, they found.

"What we see in the pandemic is a tip of a much bigger iceberg," Fisman said. "And most of that iceberg is in younger people."

The data is from only one Canadian province, and more research is needed in broader populations, Fisman said.

Latest vaccination data from the US Centers for Disease Control and Prevention shows that nearly 81 per cent of Americans aged 65 and over have been fully vaccinated against Covid-19, compared with only about 62 per cent of those aged 18 and above.

ALSO READ: US plans to give extra Covid-19 shots to at-risk Americans