30 and divorced: 'We stopped talking and he hasn't seen our daughter since'

Lynn*, 32, dated her ex-husband for six months before getting married at 18. They divorced two-and-a-half years later.

I met Alex* on social media. We went on many typical dinner and movie dates at the start. Soon after, I got pregnant and my parents insisted that we get married even though it wasn't what I wanted. He was 23 then and they felt that marriage would make him a more responsible person.

However, it didn't change him one bit. He wasn't keen to be a part of the marriage and pregnancy, and we frequently quarrelled over how he wasn't doing his job as a husband and father. All he could think about was himself and his love for cars. He always acted selfishly.

We weren't living together and I would only stay over at his place on weekends. Over time, I felt that it didn't make a difference whether I was with or without him, so I proposed a divorce. He didn't reject the idea and we didn't fight about it. We just stopped talking and he hasn't seen our daughter since.

My main worry then was that our daughter wouldn't be able to have a good childhood, especially since I'd just started a job as a cook and was working long hours. Thankfully, my mum was willing to take care of her whenever I couldn't be at home.

I'm forever grateful to my parents for their support. My daughter turns 14 this year and I'm proud to say that we have a close relationship. People do pass judgment sometimes but I'm not bothered by their views. It's my life.

In my opinion, marriage isn't like how it was back in the old days. I feel that people used to be committed to solving problems, but in this era of social media, we avoid having to put in effort to work on issues and simply move on to the next person.

To me, love has become more conditional and less straightforward. I wouldn't say I regret my divorce and it's definitely made me do a lot more thinking. But I feel that I shouldn't have gotten married and should have just been a single mum. Being a mum makes me happy - my daughter is the best thing that's happened to me. 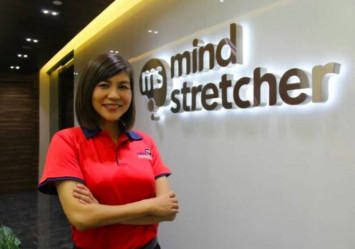 I've been in a few relationships since the divorce but am currently single. I would say I'm not that affected by my previous marriage and it has in fact helped me to figure out the kind of man I'm looking for - someone who's ready to settle down and who knows what he wants in life.

My advice to those contemplating a divorce? Try your best to resolve issues and think about why you chose to get married in the first place. Give it your best shot. If your marriage still fails, at least you know you've tried and won't have any regrets.