5 basic things to know before buying a ceiling fan

Heads up: When it comes to cooling down your room quickly, a ceiling fan is undoubtedly the better choice.

Compared to an air-conditioner, it is gentler on your utility bills and it is much kinder to the environment. If you are shopping around for one, here are the deets on what to look out for. 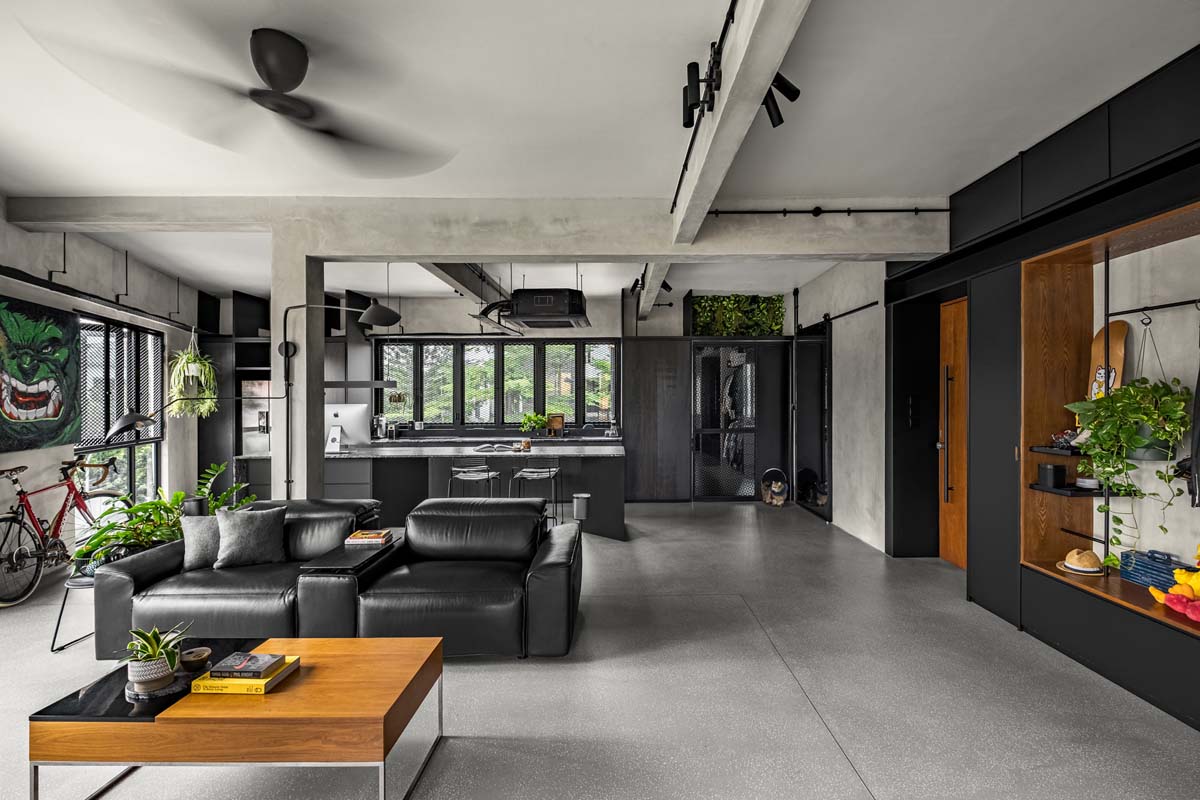 1. A ceiling fan isn’t for everybody 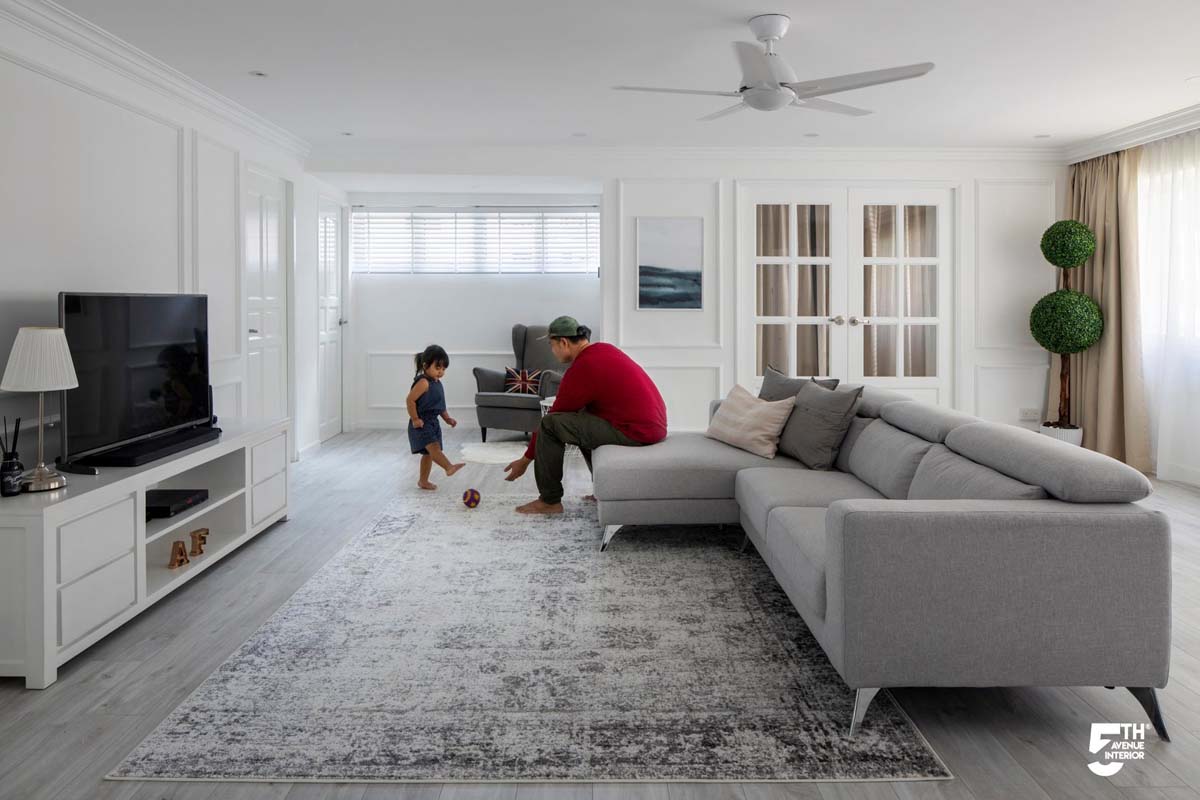 Besides the ceiling fan, there are different kinds of fans out there. These include standing fans, tower fans and wall fans. So consider why you would go for a ceiling fan instead of another type of fan.

A ceiling fan is favoured for its effective air circulation. It cools down a space a lot quicker compared to other types of fans as it covers a wider radius.

This can also mean you will be able to switch off your fan earlier, therefore saving you some electrical costs.

Conversely, ceiling fans are, in general, more expensive and they will require professional installation. So you are looking at having to set aside more for your renovation budget.

A ceiling fan is also not as flexible as other type of fans, as it’s usually fixed in place and you can’t move it around.

2. Know your DC from your AC 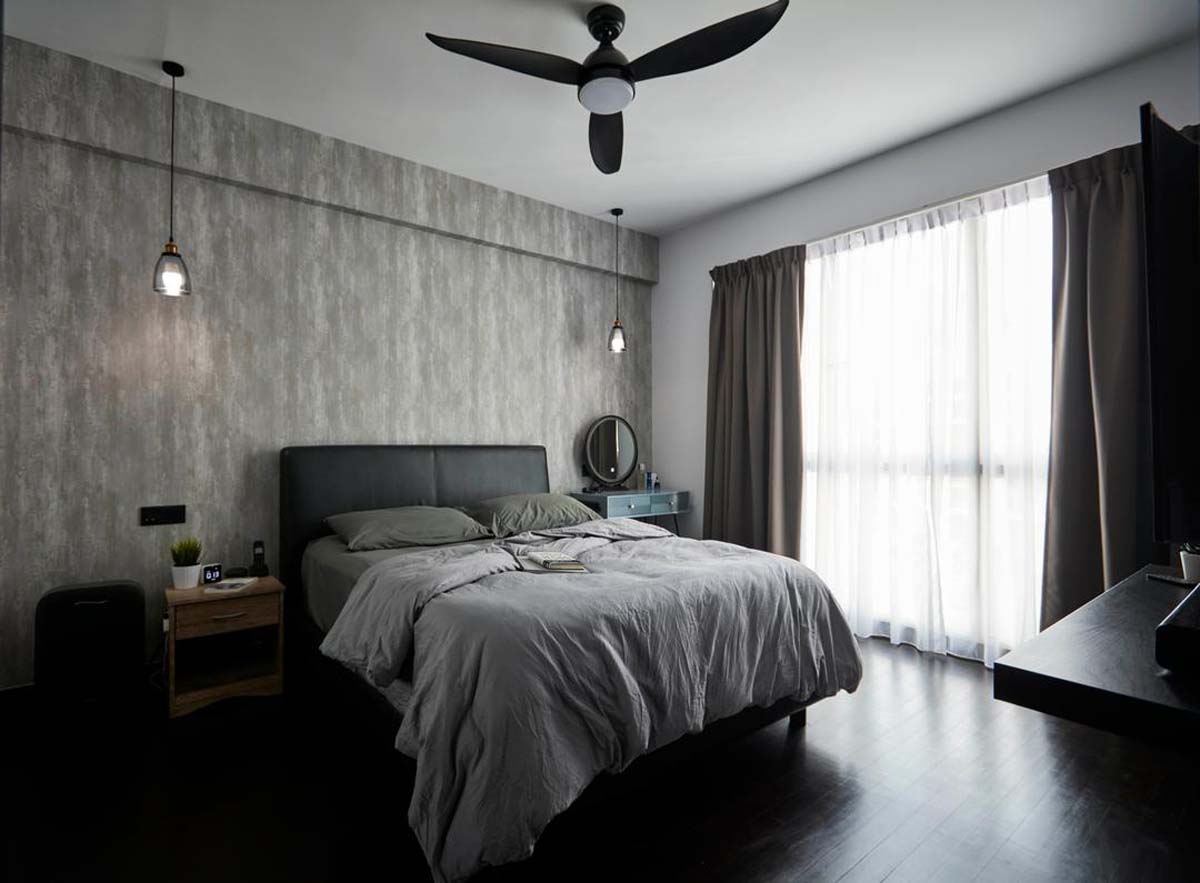 Ceiling fans are run by either a DC or AC motor. DC refers to direct current, whereas AC refers to alternating current. The difference lies in how the motors use the electrical current they receive, which can be a confusing thought process if you aren’t particularly skilled in the matter of physics.

Jargon, if you are keen to know : AC is the type of current supplied to households here. What DC fans do when they receive this AC is to use a transformer to convert the AC into DC.

This therefore reduces the amount of power used. To create the force necessary to power up the ceiling fan, the motor then employs a system of magnets of reverse polarity.

For the rest of us, here’s what you need to know : DC ceiling fans consume less power (more savings!) compared to AC ceiling fans, although they are more expensive to purchase upfront.

They are also quieter, have more speed options (they can go up to nine speeds) for better control, and have smaller motors that allow for sleeker, lighter designs. 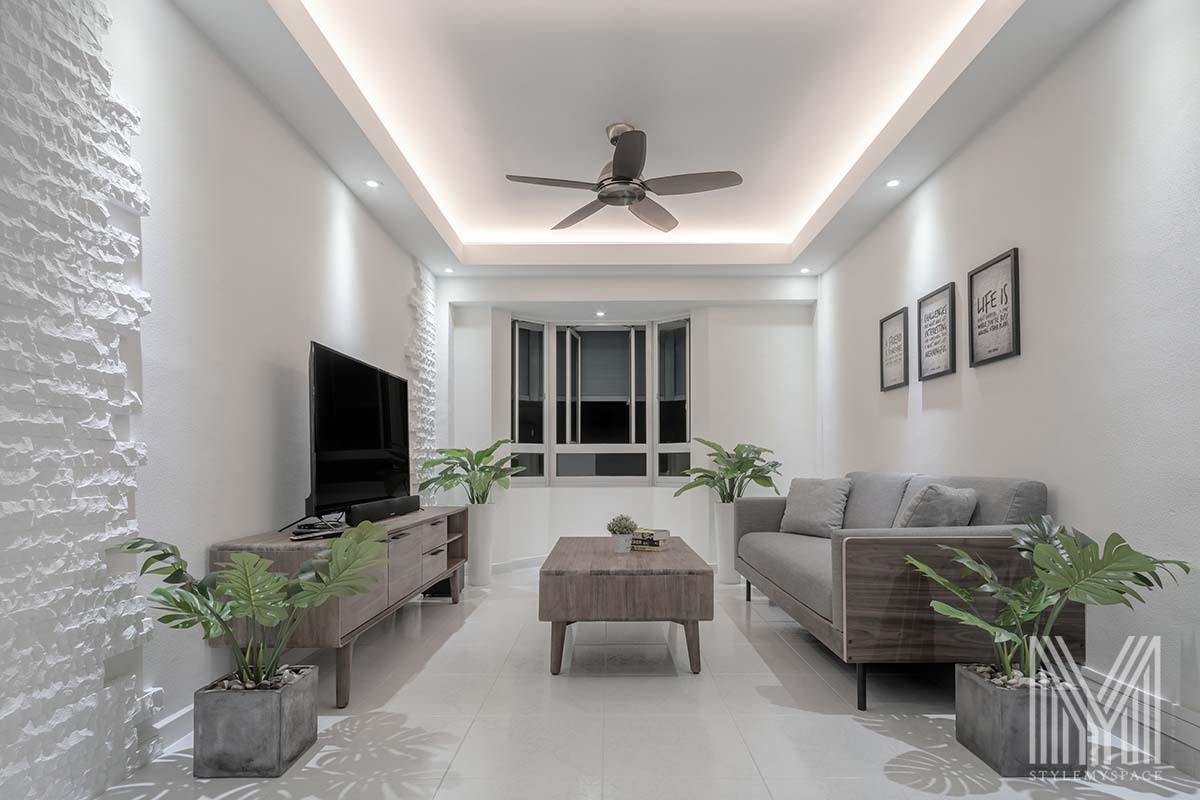 AC fans offer less control and are often bulkier or more standard in appearance because of their bigger motor. However, they are cheaper to buy and have been around for a lot longer than DC fans so they tend to be more reliable.

3. If you live in an HDB flat, know your regulations 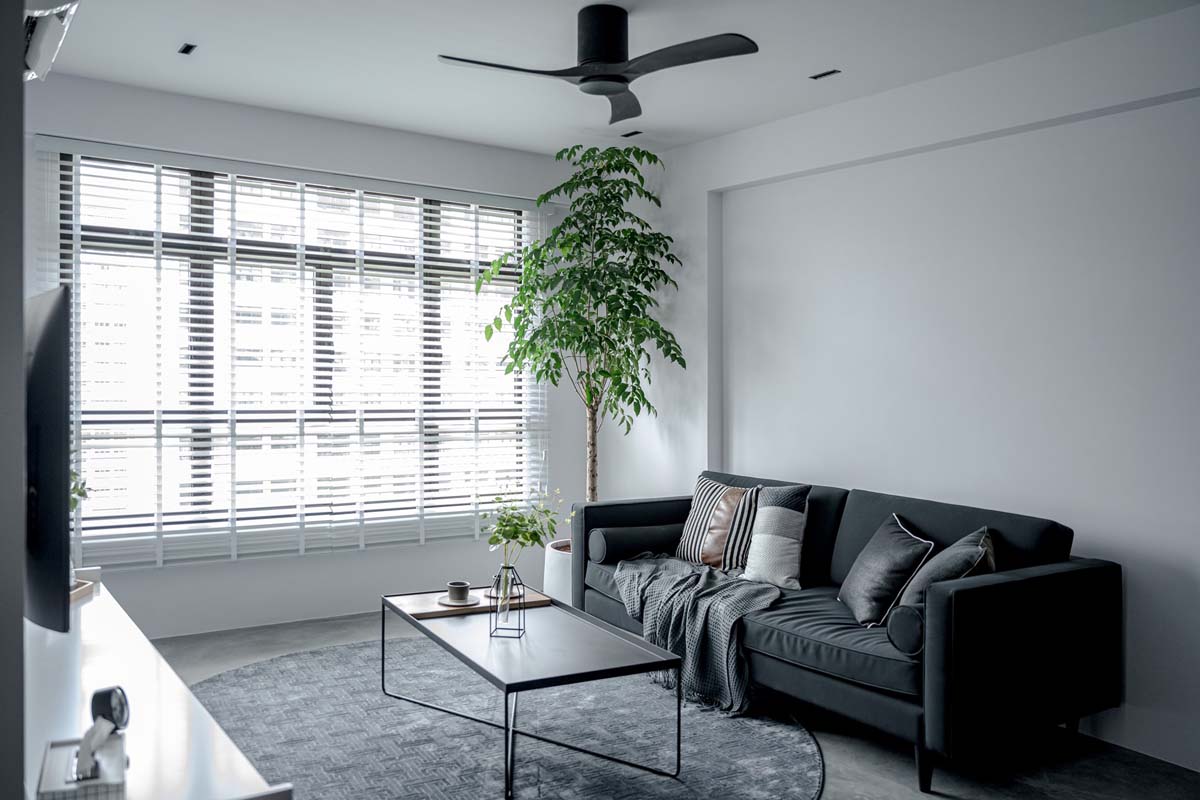 If you are staying in an HDB flat, there are regulations pertaining to the installation of ceiling fans. These include:

What the second rule means for you is that you are likely not able to install a false ceiling if you are planning to go for a ceiling fan as HDB flats are usually around 2.6 metres tall.

4. Your ceiling height will determine the type of ceiling fan you get 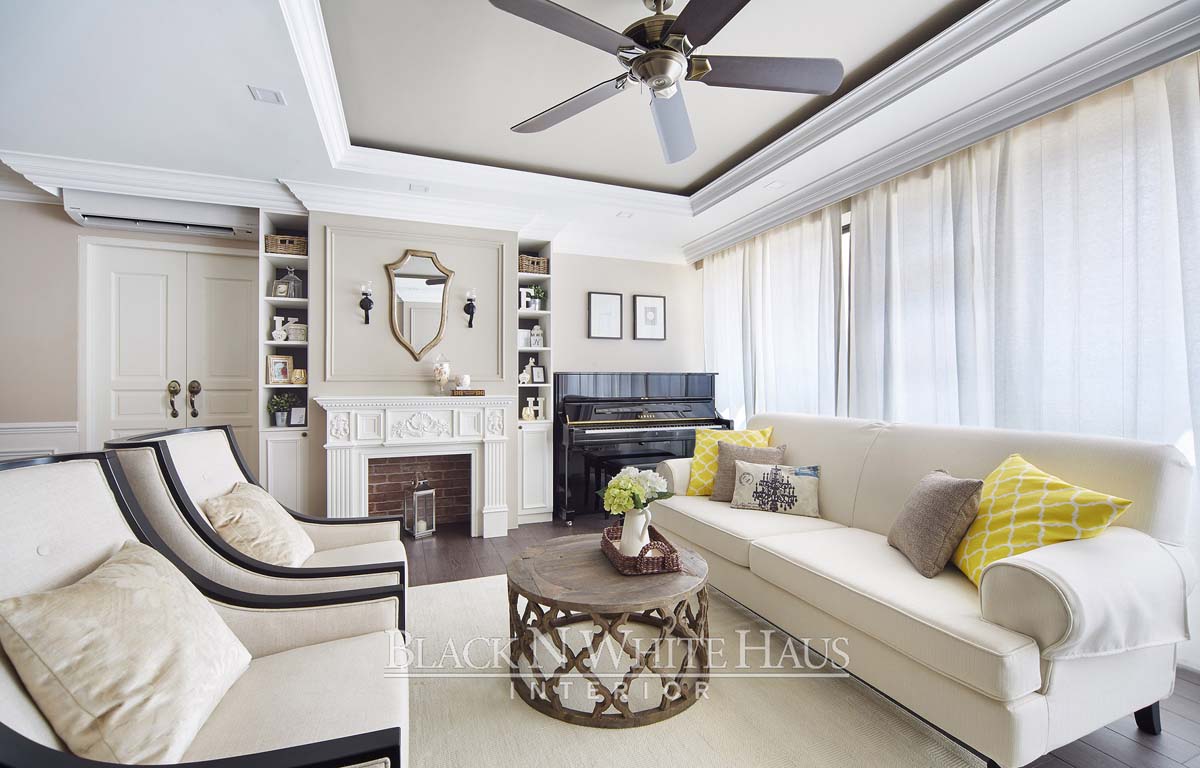 A flush-mount ceiling fan is perfect for short ceilings. They are installed directly on the ceiling so you don’t have it hanging down. Consider also bladeless ceiling fans like this one if you have a smaller space. 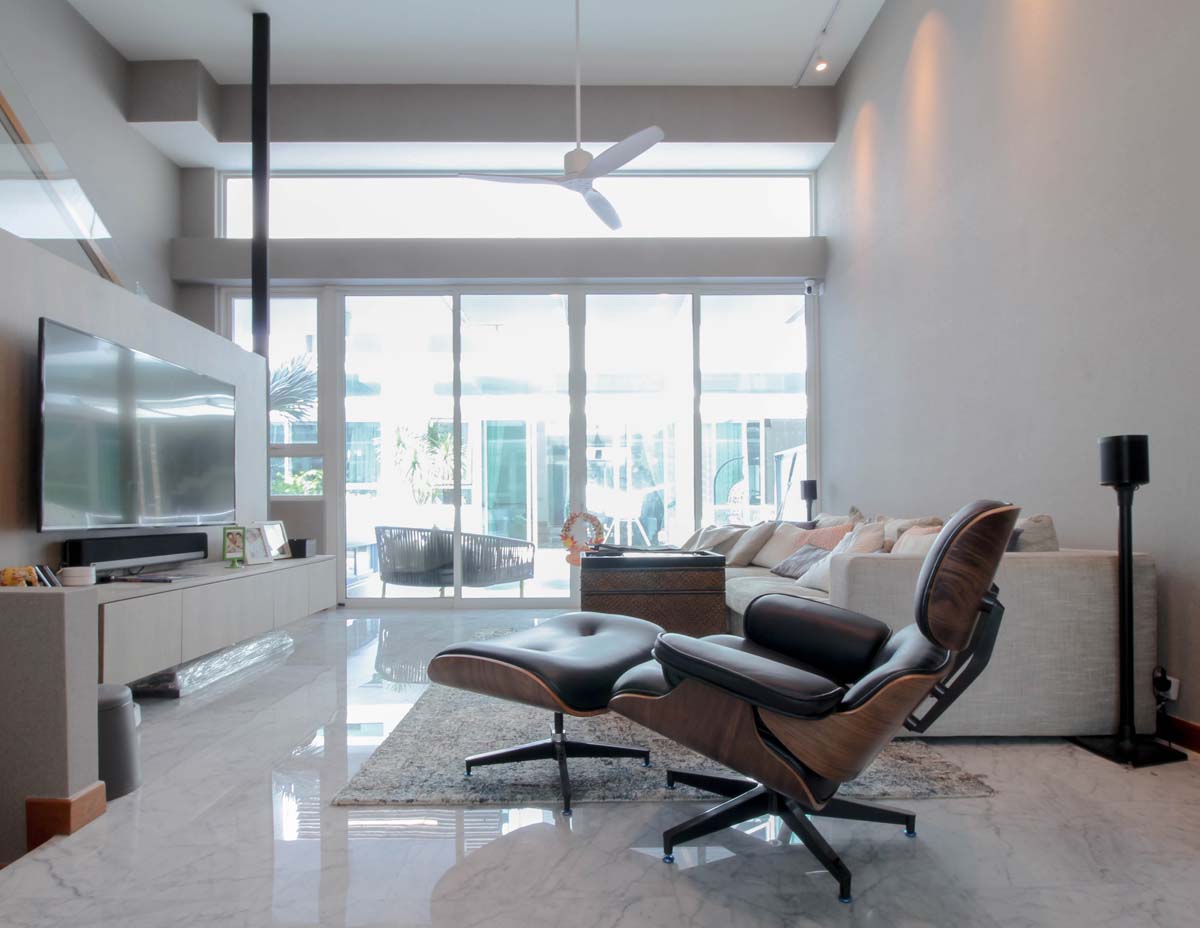 For taller ceilings, you will want to invest in ceiling fans that use a downrod — a pole-like thing that suspends your fan from the ceiling. How high should you hang a ceiling fan that uses a downrod?

KDK Singapore recommends at least a 2.3-metre height clearance, and up to 2.8 metres for the ceiling fan to be properly effective.

While more blades can generate more air flow, they can also create a stronger air resistance.

So whether you have three blades or five, it really doesn’t affect the breeze strength of your ceiling fan that much. So choose the number of blades based on your aesthetic preferences. 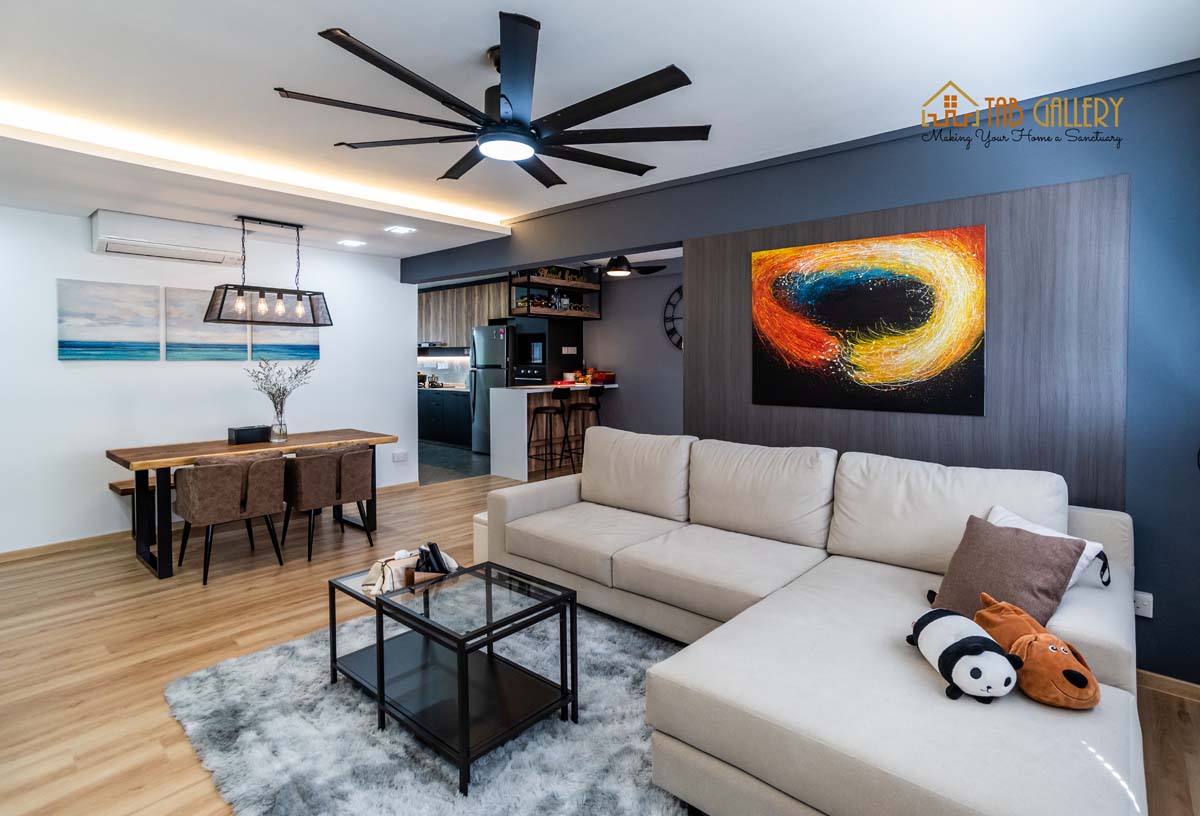 Instead, what you should look out for is the size of your ceiling fan. Here’s an easy reference to keep in mind: 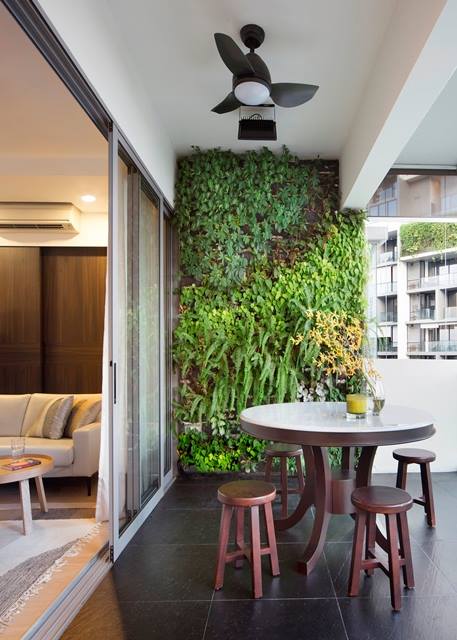 If you’re using more than one ceiling fan in your space, KDK Singapore advises setting at least a three metre gap between each fan, calculated from the installation point on the ceiling.