Being a sugar baby in Singapore - how much money can this controversial 'job' make?

You can say that the rise of dating apps like Tinder and Coffee Meets Bagel has completely changed the way modern Singaporeans date, but unlike traditional courtship, there's one thing that will never go out fashion - sugar baby dating, or what some call "gold digger" relationships.

In fact, sugar dating site Sugarbook recently published statistics showing that university student sign-ups increased by 32 per cent from 2018 to 2019 in Singapore, putting the total number of undergraduate sugar babies on their platform at over 2,000.

But first, what is a "sugar baby"?

In a nutshell, a sugar baby is someone who is paid - in money and gifts - for their company. It's paid dating between a young, attractive "baby" and a rich, older "daddy". (Sugar mummies exist too, but for convenience, this article will focus on the most common heterosexual relationship between a female sugar baby and male sugar daddy.)

Because there's monetary compensation involved, my first thought is that this arrangement sounds like a job. Which begs the question:

Most people in the "sugaring" industry will say no, and that sugar babies and not obligated to have sex.

The terms of the relationship is usually negotiated right at the beginning, and the two will only start seeing each other if both parties are agreeable. They'll agree on the monthly allowance, as well as the do's and don'ts.

It is a taboo concept in conservative Singapore, but at the end of the day, two consenting adults can have sex if they want to, right?

I'd liken sugar baby-daddy relationships to the "girlfriend experience (GFE)". It will include dates, flirting and touching, but not necessarily sex.

Now, before we hit the second base, I want to first make clear that I am in no way promoting or encouraging sugar dating. There are inherent risks involved.

Sexual violence is a real thing and like it or not, sugar dating puts you at greater risk. Just Google it, and you'll find a ton of sugar horror stories.

Additionally, it can be very taxing emotionally. Humans are built to form meaningful relationships. Adding money into the mix messes things up, and leaving the "profession", many find themselves depressed.

Now that I've cleared the air regarding what sugar babies actually do and the risks involved, onto the most important question on everybody's mind…

How much do sugar babies in Singapore earn?

For this article, I'm looking at this controversial dating concept purely as a means of income.

According to Sugarbook, sugar babies earn $2,500 monthly on average. 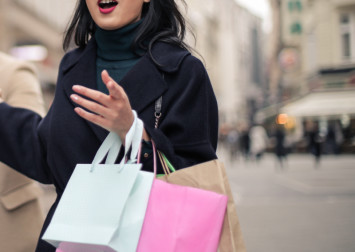 Sugar babies come from all walks of life - from students struggling to pay college fees to regular people with "normal" jobs looking fund a specific lifestyle.

Interestingly, Sugarbook shared that single mothers receive more money to "support their lifestyle and also their children". Some sugar daddies also "pay per meet (ppm)", which means they pay, say, $500 for a one-off date.

Aside from the monthly allowance, there are other benefits and incentives as well. It's common for sugar babies to receive lavish gifts that can go up to over $10,000.

Of course, there is no hard and fast rule for how much sugar babies should be paid. It's up to them to negotiate.

Take the high-profile case of Felice Ang, a 23-year-old Singaporean sugar baby who was featured by AsiaOne. According to AsiaOne, she joined the industry several years ago to pay for $50,000 worth of college fees, and receives $3,000 a month (excluding gifts).

I asked Sugarbook what the typical arrangement is like, and their representative said that typical gifts include luxury goods and exotic trips overseas. On a more day-to-day basis, the dates will include "dinner, movies, concerts, alcohol and orgasms, of course".

Umm, I can't put a price on the last one, but I tried my best for the rest, tallying up how much these non-cash gifts are worth. Kind of like an annual package which includes 12X monthly "salary" + "performance bonus".

I'm not sure how that's supposed to work though, but I would think being known as a rich, old man's sugar baby would have a negative instead of positive impact on your career.

There is no black-and-white answer to this, but one thing's for sure… The concept of sugar dating for money is frowned upon in Singapore.

If you're not convinced, just think about whether or not you'd openly admit engaging in this "side hustle" to your parents. I don't know about you, but the answer's no for me.

That said, to each his own. I'd never consider being a dentist (not that I necessarily have the smarts for it), but that doesn't make it a bad career choice. I just don't like cleaning people's teeth.

Being a sugar baby is super controversial and many girls get into it with a desperate financial goal in mind.

Again, I'm not encouraging it, but if you have already decided to try sugar dating, I think it's important that you do your best to stay safe.

Many websites recommend you keep your personal details like your home, office and/or school addresses to yourself in the beginning. Some even go so far as to create a fake identity to protect themselves in case things get awry.

When planning dates, you should make sure to meet in safe, public places, especially if hanky panky isn't part of the deal.

ALSO READ: Man creates an online dating site that features only himself

Finally, you should have a "sugar buddy" who knows details of your sugar dates. You may not want to tell your friends about it, but it's important that someone is always aware of your whereabouts.

As mentioned, sugar dating can also take its toll on your emotional well-being.

If you have a financial goal, focus on it, and once you have enough money to pay up, think about whether or not to remain sugar dating.

It's easy to get used to living the high life - especially when someone else is footing the bill - but the last thing you want is for it to inflate your lifestyle because once the "relationship" is over, you (probably) won't be able to continue sustaining it.