Confession: I was in an open marriage and it made our relationship stronger 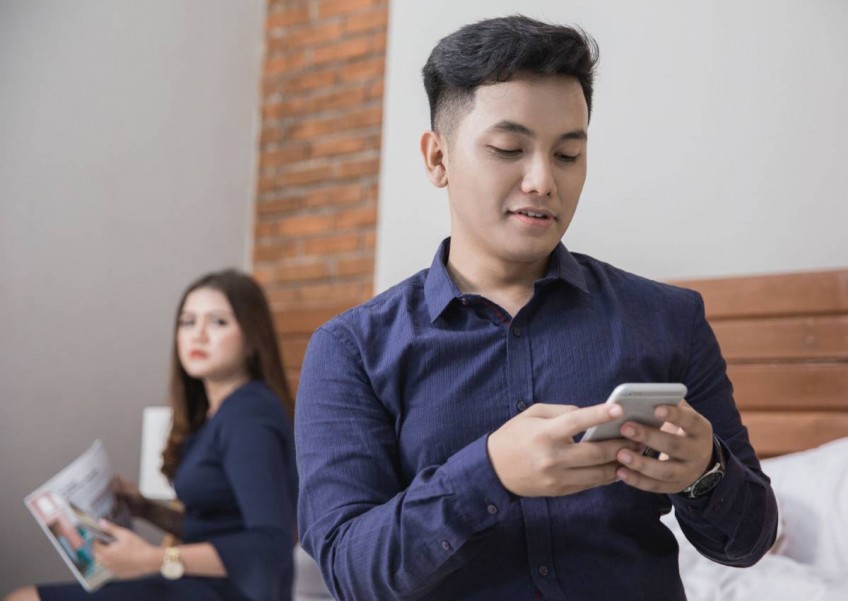 After two years of marriage, Ivan* and his wife, both in their 30s, decided to try dating other people while still remaining together.

Instead of tearing them apart, he says the experience actually drew them closer. But it's not for everyone.

Here's his side of the story, as told to Candice Cai.

*Not his real name

My wife and I got married in 2017. We met each other through work, after I joined a startup in 2012 where she was actually my direct supervisor.

The stress, long working hours and cramped office (literally) made us grow closer, and we started dating about a year after I joined.

Our relationship continued even after we both left our jobs, and things went so well that it was the logical and natural next step for us to spend the rest of our lives together. I didn't even have to propose.

Our marriage was great, and it still is. I'd describe ourselves as two halves of a whole — she's pretty much the female version of me.

We're each other's best friends and we always know what the other is thinking. We're always laughing and we love hanging out together, be it outside at events, gatherings and concerts, or lazing around doing nothing at home.

But I think a year after we moved into our flat, things got a little tense in the midst of making a home together.

Our personalities clashed a lot more when it came to household management, and there were some strained relations over things like housekeeping and finances.

We both got new jobs too, and the long, irregular work hours as creative professionals meant that we didn't get to talk to each other as much at home. Things got quite bad and there were a lot of dark thoughts floating between us.

I think it was sometime in early 2019 — we were at a kopitiam eating with friends when one of them brought up the topic of open relationships and non-exclusive partnerships.

My wife and I kind of looked at each other and said, "why not?".

We're both open-minded, adventurous people and it sounded like an interesting experience. Plus, we're still young — why not just try it out before we get too old?

I think she was the one who was a lot more inclined towards the experiment, to be honest.

At the time, she was starting to get into spirituality and all the astrological stuff. According to her, all the signs apparently pointed out that she hasn't found the "right one" yet — which, by the way, is awful when it's told to your face.

But I knew I had my flaws too (being a cold, unfeeling, brutally honest robot is one), so I didn't blame her. So we agreed to try this "open marriage" thing out for a while.

I don't really know how she felt, but it was (and it feels wrong to say this) a little exciting to get back in the dating scene after so long.

It wasn't a no-holds-barred 'hall pass', however. There were some rules we agreed to abide by:

I went out with a total of four women during the period; three of them I could vibe and click with, while the fourth — a tourist from Germany — turned out to be quite boring.

I'm not entirely sure exactly how many men my wife went out with, but I think it was two or three.

Being the heartless automaton, I held no jealousy at all when my wife went out on her dates.

In fact, perhaps I was a little happy too to hear about my wife having fun during the dates — she deserves to be happy if I can't provide joy.

On the other hand though, I don't think she was that delighted that I had fun with other ladies. I didn't even need to ask her, really. I know her body language, subtle facial tics and vocal intonations enough to know that she was jealous.

But props to my wife, she played it cool during the one time we bumped into each other while I was out on a date.

I was having food and drinks at a Korean restaurant with this girl I matched with on Tinder when she and a bunch of our mutual friends walked into the same restaurant to have drinks.

It could have been embarrassing but it wasn't — our circle of friends knew about our experiment and had a good laugh during my date.

It was a bit surreal trying to chat up this girl while my wife and friends sat just a couple of tables away. They were also posting my pictures up on Instagram Stories. After I sent my date off in a Grab, I got into another car with my wife and we went home together.

I always made it a point to tell my dates that I was married, but only when we met face to face.

I know it's s****y of me not to reveal the fact while getting to know them, but as soon as we sat down with each other, I would let my date know that I'm currently in an open marriage.

Most of them have been surprised or curious, but were otherwise cool with the arrangement.

However, there was one stupid mistake I made in a date with a French expat. Her English wasn't that good, but we hit it off so hard from the get-go that I didn't get to bring up that she was actually on a date with a married man.

It was only after four or five hours of gleeful bar-hopping that we got to sit down and talk about our relationships. As soon as I explained the whole thing, her heart must have broken in half, because her body language progressively withered by the minute. We called it a night and I made sure she got into a taxi back to her place. I think she was tearing up at that point. I felt so bad.

But we got to talking the next day after I apologised and cleared things up between us. Surprisingly, she agreed to go on another date, and that went swimmingly.

It's hard to say if there was a spark with any of the women I met because I did enjoy myself on those dates. It's not so much a spark — more like reliving an exciting, amorous feeling that you've not felt for years.

After years of being contented in a relationship, it's invigorating to go through that whole first-date-with-a-stranger sense of mystery.

But in spite of this, all I know is that none of them made me feel the same love, intuition, and happiness I have with the woman I married.

At the end of the experiment, we realised that the two of us really are best friends and better halves. We actually became a lot closer because after a couple of months seeing other people, the person that we firmly felt safe and contented with is... each other.

Would I do it again? Maybe? Give it another year and two perhaps I'll feel the itch. But my wife has made it clear that she doesn't want to go through it again, so I'll respect her wishes.

IT'S NOT FOR EVERYONE

I think an open marriage is definitely not for everyone, and it depends on just how solid, unshakeable, and transparent the relationship is.

When my wife and I embarked on this experiment, it was not with the hope of finding another life partner. Being independent spirits, both of us were already good at being our own persons without having to depend on the other.

If the intention is to find a way out, it could really end up breaking a marriage.

And something like this would definitely affect the soft-hearted who can't bear to see their partners enjoying themselves without them. Needless to say, possessive types better not even think about engaging in an open relationship.