Viral Video Stars is a biweekly series where we hunt down viral icons. What's it like to be famous? What have they been up to? We catch up with them to find out all about life after viral fame.

If you've met Abigail Chay in person before, you would find her a very unassuming person, like one of your auntie relatives who welcomes you into her home with loud guffaws and food.

This reporter had met her several times over a decade, and when AsiaOne caught up with the 61-year-old during the recording of this episode of Viral Video Stars, we told her she's so nice it feels like she's the sort who would bend over backwards to help someone.

We didn't expect what she subsequently told us.

"I'm very soft-hearted. Close friends tell me that if I find someone who needs food more than myself, I would give three-quarters to them and keep one-quarter for myself. And they are worried for me because during this coronavirus pandemic, I helped people financially and there are problems getting the money back," Abigail said.

"Friends say I have to take care of myself because, what if my resources are drained? I totally agree with them because I'm experiencing the 'drain' as I don't have an income now."

Abigail — whose late mother is the famous 'McDonald's granny' from the old TV commercial — is one of Singapore's most famous transgender comediennes and entertainers. She went viral after appearing in the local sitcom Under One Roof in 1995, and also played a lonely ghost in the Channel 5 comedy series Maggi And Me in the 2000s.

Her life story was first depicted in the Mediacorp programme Life Story in 2006, and in 2012, brought to Hong Kong stage in a musical titled I Am What I Am.

Read Also
No, he can't introduce you to any hot babes. But here's what the uncle from that viral massage commercial has been up to 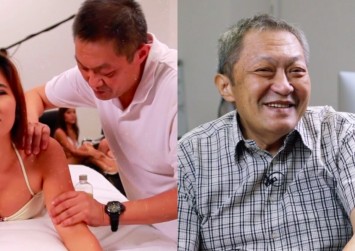 Before the pandemic hit, she worked as a part-time talent, taught acting at community clubs, and also volunteered in interest groups.

In one group called the Talent Artiste Pool, she and other trainers share what they know about the entertainment industry with residents who are keen to work as talents. Another group, Scriptless Drama, catered to seniors and it's so named because the members don't have to memorise scripts. Instead, they discussed story plots and then ad-libbed their lines. This helps to prevent dementia because it keeps their mind active, Abigail said.

Work has reduced greatly because of the pandemic, and she receives grants from the government. However, she added with a chuckle: "Still got people want to borrow my government grants. So sad."

Last year, a friend asked her if she had any spare cash from the grants, so Abigail lent a few hundred dollars. But it was another incident that seemed to have affected her more.

"My father died in June 2019, and one night during the funeral wake, a friend waited at the bus stop in front of my block, expressing that life was not worth living, and pleaded for financial help to pay for medication and repay what they owed to debtors. My heart softened, and I offered a four-figure sum, interest-free, from my dad's condolences donations," Abigail told us. 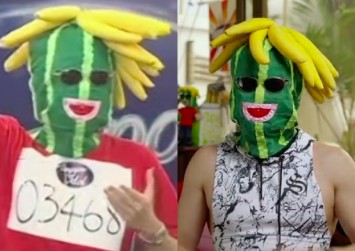 "Less than seven days after my dad's funeral, another friend needed monetary help. They were not doing well in business and had to support aged parents. I helped, interest-free, and subsequently, there were more requests."

The loans added up to a five-figure amount. These friends probably thought she had extra cash from the condolences donations or had inherited money from her late father, Abigail said.

It was several months before they returned small sums to her each month.

Thankfully, she is also surrounded by friends who keep a lookout for her well-being.

She told us: "Some friends suspected I had financial losses and actually peeped into my handphone. They welled up in tears at what they found, exclaiming, 'Why you never learn your lesson? If something happens, you would suffer and your reserves will run dry. If you suddenly die, you might not have enough money to buy your coffin.' Some loving friends assured me that they would arrange for my burial should I suddenly pass on."

She wondered if she is "unwisely helpful", but nevertheless, said: "I have inner peace helping others with what I could spare, for now, their issues are solved and they won't do unwise acts to themselves and others. In the quietness of the night, I may be alone but not lonely, smilingly counting these modest blessings from God."