Going makeup free in a made-up world: My search for body neutrality

In an age of bare-faced beauty, confessing that I never wear makeup can sound annoyingly like a #humblebrag.

No, not even for swanky dates, photoshoots, or other special occasions; this month, I'll be playing bridesmaid at a close friend's wedding sans makeup, and I fully plan on doing the same at my own wedding.

Well-meaning colleagues have hinted that a bit of makeup might help me be taken more seriously, and they aren't wrong - research has shown that women who wear make-up tend to earn more.

But so far, the only concession I've made is for dance performances, where the discomfort of full-face stage paint has been enough to deter me.

My refusal of makeup might sound like some body-positive act of rebellion, but it plays out quite differently in my head.

Admittedly, I've tried – on and off – to identify with our cultural chorus of glowing #iwokeuplikethis selfies and feel-good exhortations about natural beauty.

Mostly, I tell people I'm just too lazy to fuss over one more thing in my hour-long skincare ritual.

The truth, though, comes from a place of unease - or maybe let's call it intuition. Over the years, I've been able to hone a sort of mental shrug about my (far from beautiful) bare face.

But once I make it a habit to rely on an edited image of myself, I suspect self-conscious thoughts about stepping out bare-faced will creep in.

Once you pop, you can't stop – so best not to open that whole can of insecurities at all.

It sounds a little neurotic, but is it really?

We live in a world so made-up that the very concept of going makeup-free has long been subsumed by the pressure to use makeup… more subtly.

Sure, there're a handful of celebs who've made a habit of going #nomakeup even on the red carpet, including Alicia Keys and Tilda Swinton.

Read Also
Check out the vibrant, bold beauty trends from the FW 2021 runway 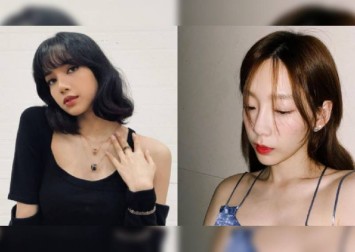 #NoMakeUpSelfies are now a cultural movement of body positivity, with every beauty queen from Kim Kardashian and Gal Gadot having posted "woke up like this" snaps at some point – even if the awe and applause heaped upon them for this feat feels like we're glimpsing some rare species in the wild.

Very quickly, though, the pressure of beauty standards has sprung up again in a more insidious form. Like viruses, the messaging has simply mutated.

In place of glossy glamour, the goal is now to nail the natural look as perfectly as genetically blessed stars with thousand-dollar skincare routines.

Countless beauty guides now offer ingenious tips on achieving the "art of no makeup" – whether it's doubling up on skincare, picking lightweight concealers, or swapping your blush for bronzer.

The implication is clear: It's cool to go natural, so long as your natural is beautiful.

In her landmark work on societal beauty standards, philosopher Sandra Lee Bartky offers a powerful analysis of how women's natural bodies are constructed as inferior.

Femininity and Domination might have been written decades before #nomakeup, but her conclusions still strike a chord:

"What is presupposed… is that we don't look good enough already, that attention to the ordinary standards of hygiene would be insufficient, that there is something wrong with us as we are. Here, the 'intimations of inferiority' are clear… the body I am to be, never sufficient unto itself, stands forever in need of plucking or painting, of slimming down or fattening up, of firming or flattening." – Femininity and Domination (1990)

To be clear, I'm not against makeup itself – only the anxieties and trapdoors that lurk beneath makeup and no-makeup norms.

Obviously, not every woman out there is overthinking her relationship to face paint.

But for those trapped in unease about their natural faces – as well as those who share my apprehension about using makeup – what other alternatives can we find refuge in?

It's only recently that I've begun playing around with a newfound concept: Body neutrality.

Pioneered a few years ago by intuitive eating counselor Anne Poirier, body neutrality opens up an alternative to feel-good body positivity and its pressures.

"There's a whole movement talking about loving our bodies," she explains.

"But it's kind of a long jump to move there from dissatisfaction. Some people are just going to land in body neutrality, which is the term we utilize for somewhere in the middle. It's a kind of detente, a white flag, a way station between hating oneself and loving oneself."

Unlike bare-faced beauty and its evil twin, body neutrality doesn't set itself up as an inspiration or ideal.

Rather than shifting the spotlight from one beauty trend to another, it switches off the spotlight altogether, leaving an accepting blankness about what we happen to look like - even an ambivalence.

For me, it's not hard to see in it the mental shrug I've cultivated as a way to ward off plain-faced insecurities.

But body neutrality also opens up for me the possibility of seeing makeup as equally neutral.

Neither full-faced glam nor baring warts and all need to be perceived as more or less; they simply are.

At the end of the day, I'm still left with a face to be loved because it works: Eyes which see, a nose which smells, a mouth blessedly capable of enjoying cake.

Whether that mouth is lipsticked, contoured, or just chapped.