Move over Super Size Me, because Singapore has its own 'documentary' that charts what happens to your body if you regularly consume bubble tea for a month.

As part of the CNA Insider series, host Steven Chia underwent an experiment to see how his body will be affected if he drinks the popular beverage for 30 days.

For the test, he drank three cups of bubble tea a week, which is apparently the amount of bubble tea "a typical bubble tea lover in Singapore drinks". To top it off, he even ordered his drinks "as they are" with 100 per cent sugar, pearls, and whatever toppings they come with.

Prior to the test, Chia also went for a health check with a family physician so that they can compare the results before and after the experiment.

For the first three days, the experiment seemed to go smoothly, with Chia's only remark being that the first sip of the drink always feels "so sweet" to him. As the test progressed, he revealed that he has been substituting his mid-afternoon black coffee with bubble tea as the latter also has caffeine in it.

The drinks started to take a toll on Chia 12 days into the experiment, when he said finishing the last half of his sixth cup of bubble tea was "painful".

"I'm feeling just a little bit more, I guess, lethargic on a day-to-day basis. I'm not sure if it's the tea or if it's just me," he added.

This sentiment was echoed close to the end of the experiment when Chia said: "I've noticed that quite often, I've been feeling more tired, a bit run-down and irritable in general. I'm wondering if it might be because of the sugar or the caffeine."

Read Also
No BBT during extended CB? Here’s how you can make your own 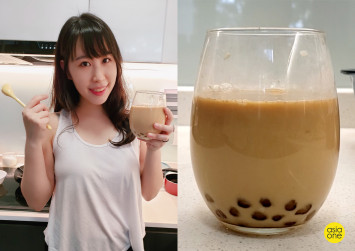 Another takeaway that he had was that he often felt "bloated" after drinking a cup of bubble tea and he theorised that it was due to the pearls.

After the experiment concluded with 14 cups of bubble tea in 30 days, Chia went to a family physician who said that he gained 1.9kg, and that was "quite significant".

Additionally, Chia's inflammatory markers have increased, putting him at a higher risk for heart attack and stroke. His total cholesterol also increased a little. In conclusion, according to the doctor, Chia is no longer at low risk, but moderate risk for cardiovascular diseases.

Apart from the beverage toppings and amount of sugar, the other variables in the experiment were not mentioned in the short video, such as Chia's diet when it comes to food and his fitness regime, which could possibly impact the end result.

Read Also
Will frequent drinking of bubble tea raise your risk of diabetes? 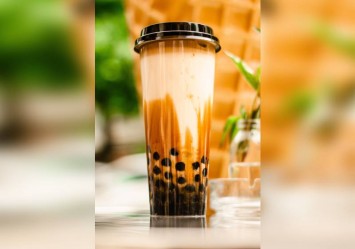 That said, even if you exercise and watch your diet, regular consumption of bubble tea (especially with 100 per cent sugar) will still impact your health.

According to a previous interview with Yan Yin Phoi, an accredited practising dietitian at The Thoughtful Dietitian, a 500ml cup of bubble tea contains between 8.5 and 20.5 teaspoons of sugar, at 100 per cent sweetness.

At the minimum, it's already more than the Health Promotion Board's recommended daily sugar intake of 8 to 11 teaspoons of sugar. But if you're someone who opts for maximum sweetness, 20.5 teaspoons of sugar contain more carbohydrates than half a bowl of rice.

If you're feeling concerned about the repercussions of bubble tea on your health, then start by reducing your intake or sugar levels.

Alternatively, try making your own bubble tea at home where you can control the ingredients, and even opt for healthy versions with everyday ingredients like lemon, honey, ginger, mint leaves, cinnamon, brown rice, and fruit juice.