Jeanne, 33, was on holiday when she got sexually assaulted by a date that she had invited back to her rented apartment. Although she managed to fight him off and protect herself, she says that the incident has left her traumatised.

Several months before starting my postgraduate course in Perth, Australia, I decided to go on a week-long holiday there. I was excited about the idea of living in that city and wanted to check it out before I moved.

I booked a holiday apartment near town and signed up with a few dating sites-even though I was only going to be in Perth for a week, I figured it couldn't hurt to meet a few guys and go on dates with them.

The beginning of a nightmare

No sooner had I joined this one dating site that I received a response from one of its male members. Dave and I had tons in common - we were both the same age, of Asian heritage, and about to embark on a postgraduate programme.

We were physically attracted to each other, too. He didn't live far from me so we arranged to meet for dinner.

Right from the start, Dave was friendly, chatty and funny. Dinner turned to a few rounds of drinks at the pub, and before I knew it, it was well past 1am and time for me to leave.

I was a little tipsy, so Dave said that he'd send me home in a cab.

During the taxi ride, I allowed Dave to kiss me. Pretty soon his hands were all over me, but I didn't stop him. I didn't think twice about inviting him home - he seemed decent, after all, and at the time I wasn't thinking about sex because I was so tired.

All I wanted was to lie next to Dave on the couch and pass out; he'd had quite a bit to drink, too.

As soon as I closed my front door, Dave turned into a monster. He pushed me hard onto the couch and quickly climbed on top of me. I struggled under his weight but managed to throw him off of me.

Next thing I knew, he pulled me down to the floor and pinned my hands down before getting on top of me again. I noticed that he'd unbuttoned his jeans.

When I screamed for help and began to cry, he placed his hand over my mouth. His other hand reached for my crotch in an attempt to pull my panties down. All of a sudden I felt his fingers push against my most intimate parts.

I knew what was about to happen and it terrified me. Dave was way bigger than me so there was no way I could wrestle with him or fight him off, but I knew that if I disabled him somehow, I could free myself.

Then, I noticed a small metal statue on one of the side tables. I grabbed it and hit Dave on the head with it. He yelped out in pain and rolled off me onto the floor. Finally I was able to escape.

As drunk as I was, I managed to stand up. I ran to the front door and opened it, and told Dave to get out of my apartment or I would scream loud enough for the whole building to hear.

Holding his head, which I noticed was bleeding slightly, he took his coat and left. Still trembling with fear I shut and locked the door behind him and collapsed onto the floor. What was I thinking bringing a stranger home? I could have been raped.

I didn't report Dave to the police or tell my family what happened. I was too embarrassed, and besides, I felt responsible because I'd allowed him into my home.

Had I just left him after dinner, I would have been fine and my holiday wouldn't have been ruined.

Alone and afraid in a foreign city

After that experience, I refused to go out on anymore dates in Perth. Over the next five days that I was on holiday, I imagined that Dave was stalking me.

I became hyper-vigilant - everywhere I went I'd look over my shoulder and if I saw someone who looked like Dave, I'd freeze.

When I went home at night, I would not only lock the front door but also lean a heavy chair against it, because I was afraid that Dave would return to harm me. He knew where I lived, after all.

For many weeks after the incident, I wasn't myself. Even when I returned to Singapore I felt like Dave was close by, watching me.

It took me a long time to finally feel safe again. But the one thing that's stayed with me is that feeling of having been violated. I may not have been raped but I still feel disgusting and dirty. 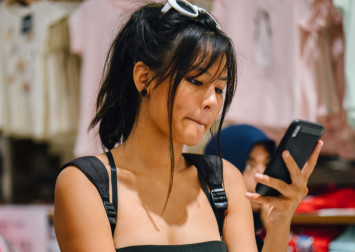 I can still picture Dave's hands reaching out for my crotch, and it makes me sick to my stomach. I feel like what happened was my fault. I keep thinking of how different things would have been had I not invited Dave back.

I'm still angry about what happened; I'm angry with Dave but also with myself.

What happened with Dave was a narrow escape. Thankfully it didn't deter me from pursuing my dream of studying in Perth, where I am now.

These days, however, I'm a bit more careful about whom I go out with and invite into my home. I don't usually have guys over unless other friends are there too.

I used to be a trusting person, but now I'm wary of men in general. It's a shame, really, because I would like to be able to open myself up to a guy and have fun with him without being taken advantage of sexually.

Since being back in Perth I've not seen Dave. I know I'd react badly if I did; I'd probably freeze with fear. But I've learnt my lesson and hope to never repeat my mistake of getting drunk on a date and inviting a stranger home.