Just a year ago, I became a little obsessed about losing weight after being called a "swine" by a close friend of mine.

Even though the fat-shaming wasn't meant to be harmful but a casual joke, she felt totally bad after learning it had unintentionally caused me to go on a diet. The push factor, however, was seeing my weight shoot up to 53kg and that's when I knew I had to do something about it.

According to an online ideal weight calculator, "47.85kg is an ideal weight for a 155cm height female", so crossing over to the fifties wasn't a good thing.

While looking up on ways to lose weight, the ketogenic diet stood out to me because of all the success stories I've been reading up on and hearing positive things about it from friends. For one, the transformation is fast and visible, and you could easily shave off about one kilo in a week from the diet. So I thought there's no harm in giving it a try.

My weight did drop to 48kg after trying the keto diet, but here's why I'm never doing it again.

KETO IS A RICH MAN'S DIET

For the uninitiated, the keto diet is unlike any other diet I've come across. Instead of shunning fat, you're supposed to increase your intake of healthy fats and cut out carbohydrates and sugar.

As excited as I was to start on the keto diet, my enthusiasm was just as quickly dampened when I found out it cost twice as much as my usual weekly groceries, amounting to about $100 a week. It's a rich man's diet, but I was determined to try it anyway.

A couple of weeks in, the only way I could sustain this diet was to go for budget ingredients, which meant a heavy rotation of chicken thigh, pork belly, cauliflower rice and cheese. These ingredients would naturally lend itself towards a more western cooking style and I yearned so badly for Chinese food.

I'm not a creature of habit and soon got tired of eating the same things over and over again.

ALSO READ: Keto diet in Singapore: How to go low carb, high fat on a budget

OUT GOES YOUR MONEY AND SOCIAL LIFE

Just this past year alone, we've seen an increase in the number of keto cafes and restaurants in Singapore, but back when I was doing it, there weren't many options and it doesn't help when almost every dish in the hawker centre consists of rice and noodles. 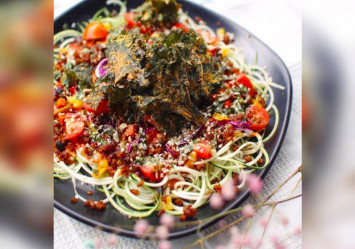 I often ordered cai fan without rice but the stalls near my office were quite stingy with the servings and charge per ingredient. Soup without noodles, chicken rice without rice, mala without instant noodles... yup, I've tried it all.

While my friends were supportive of me going on this diet, I felt like a burden whenever I was out for dinner gatherings because of the limited dishes or food I could eat. Oftentimes, they'd have to find a place that suited my diet.

I enjoyed the keto diet better when I was in Australia for a short holiday. The eateries and cafes there were way more keto-friendly. For once, I did not have to worry if I would be out of ketosis (a metabolic state where the body starts burning fatty acids instead of carbs) from eating something that wasn't keto-approved.

For those on the keto diet, you'd know that "keto flu" is real, and I contracted it on day nine.

Though I was happy knowing I was one step closer to reaching ketosis, this flu isn't recognised as a real medical condition, so there was no way I was going to be getting an MC for it.

My brain was foggy throughout the day, I wasn't able to concentrate on any task, I wanted to take naps and had to struggle to stay awake and sharp in the office, which made me irritable.

The combination of having to be very strict with what I consumed, being forced to increase my grocery budget and putting up with this annoying keto flu made me come close to giving up.

But I wanted to truly experience ketosis before determining if this diet was working for me.

It only got better after day 13, which was when things started looking up. But my other gripe was dealing with bad breath from going on a low-carb diet, causing the mouth to be constantly dehydrated, acidic and metallic-tasting.

Read Also
Keto and Paleo diets: what they leave out might just be what you need - and you may gain weight, not lose it 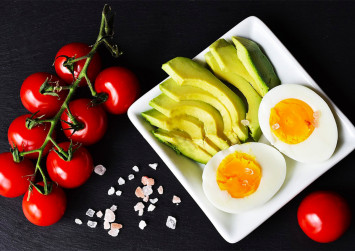 As with all other diets, your weight loss journey will hit a plateau. I don't think I'd have lost up to five kilos if it wasn't because I was religiously doing daily HIIT (high intensity interval) workouts too.

I'd never been so disciplined and determined for a diet to work, and though my weight had successfully dropped to 48kg, it became harder to sustain the keto diet.

I had a massive craving for sugary food and drinks and gave up trying when munching on 100 per cent cocoa dark chocolates just did not scratch the itch. Coupled with having to travel for work back then and the festive season drawing near, I waved the white flag and surrendered.

Did I regret trying the keto diet? No, I loved how trim and fit I looked back then and would encourage others to give it a try. After all, don't knock it till you've tried it.

But I'll not do it again, even though it can be quite tempting because of how quickly my weight dropped. During the diet, I found myself struggling to avoid carbs and to cut it out totally was truly a feat, especially since I love my rice and noodles.

Life's just too short to deprive my body of food and desserts, and I lost count of the number of times I became moody because of the cravings I had. Now that I'm off the diet, controlling and cutting back on carbs and sugar works better for me instead of cutting them out completely.

As with any diet, do consult a doctor or see a dietician before completely changing your lifestyle. You know your body best, so don't push it if a diet isn't working out for you.