I'm a bit late to the game, but I only recently learnt about the multiple uses that frozen prata has, especially as a puff pastry substitute for many recipes.

It may be a coincidence, but this past week, actress Tracy Lee shared how she made egg tarts using frozen prata as a quick and simple hack for the pastry on her Instagram stories. Unfortunately, I did not save her recipe before her posts expired, though we recently spotted it on the tjyfood Instagram account.

Scrolling through Tracy's old Instagram posts, I saw that she had previously made a huge egg tart, also using frozen prata for the pastry.

Inspired by the image, I got my hands on a frozen prata pack and got to making my own set of egg tarts. Here's what I did to get six egg tarts, adapting this recipe.

1. Cut the frozen prata into half. Make the ends of the prata meet to form a cylindrical shape and press into a muffin tin to form the base of your tart. I used a 7cm by 3cm tin for the pictured steps. Repeat for all six tins and place in fridge first. 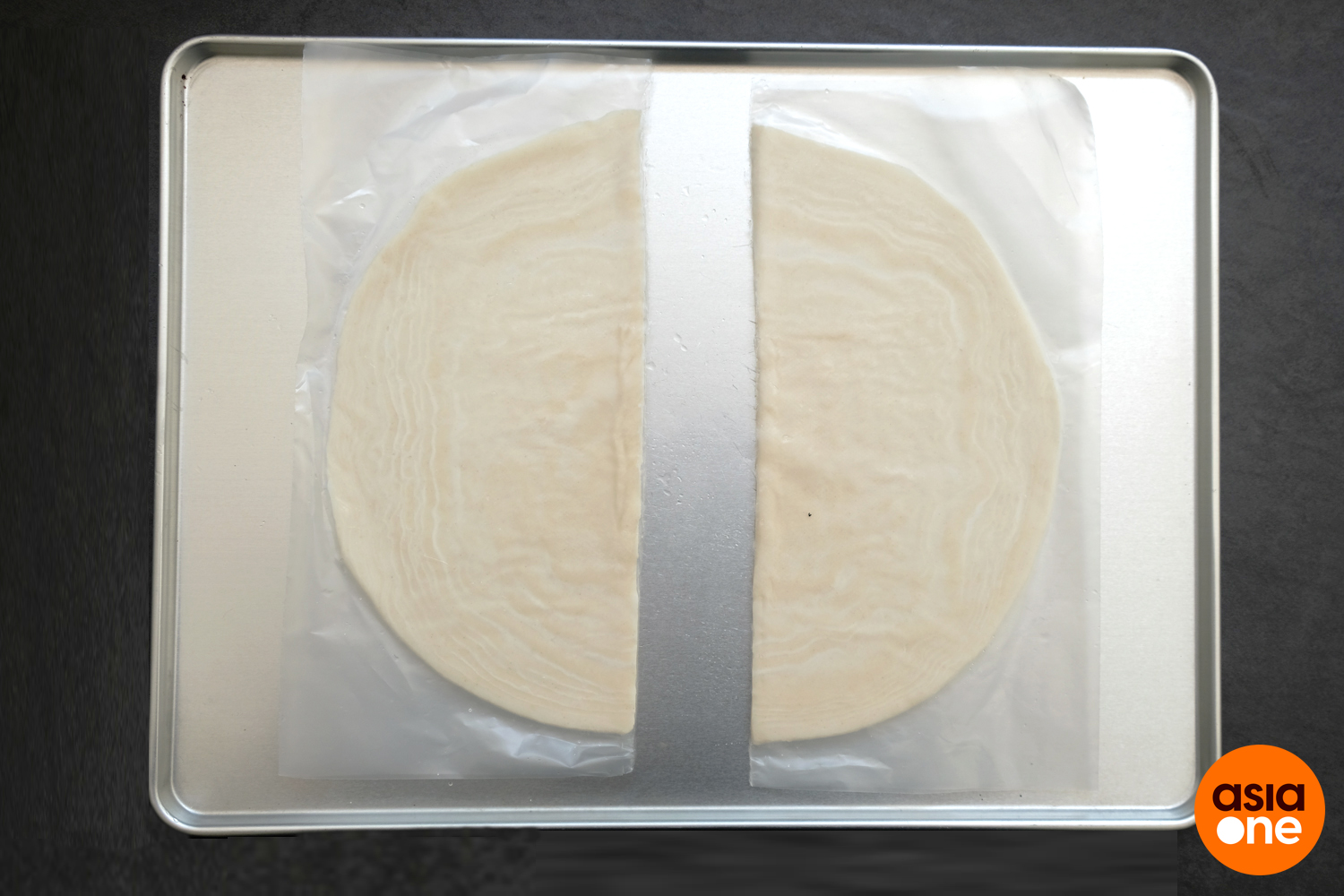 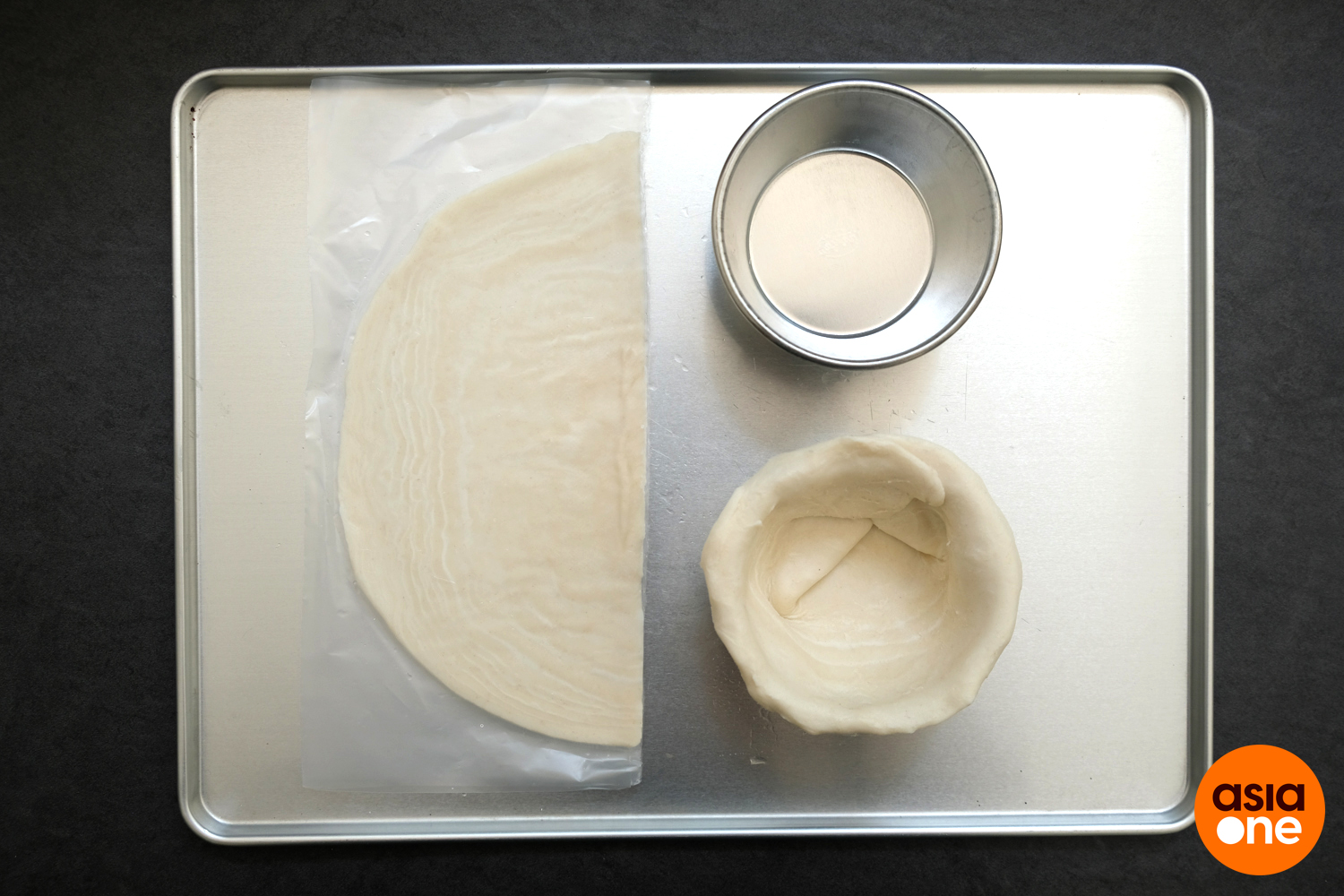 2. Add the egg yolk, milk, whipping cream, sugar and vanilla extract to a bowl and mix well until you get a smooth pale yellow mixture. 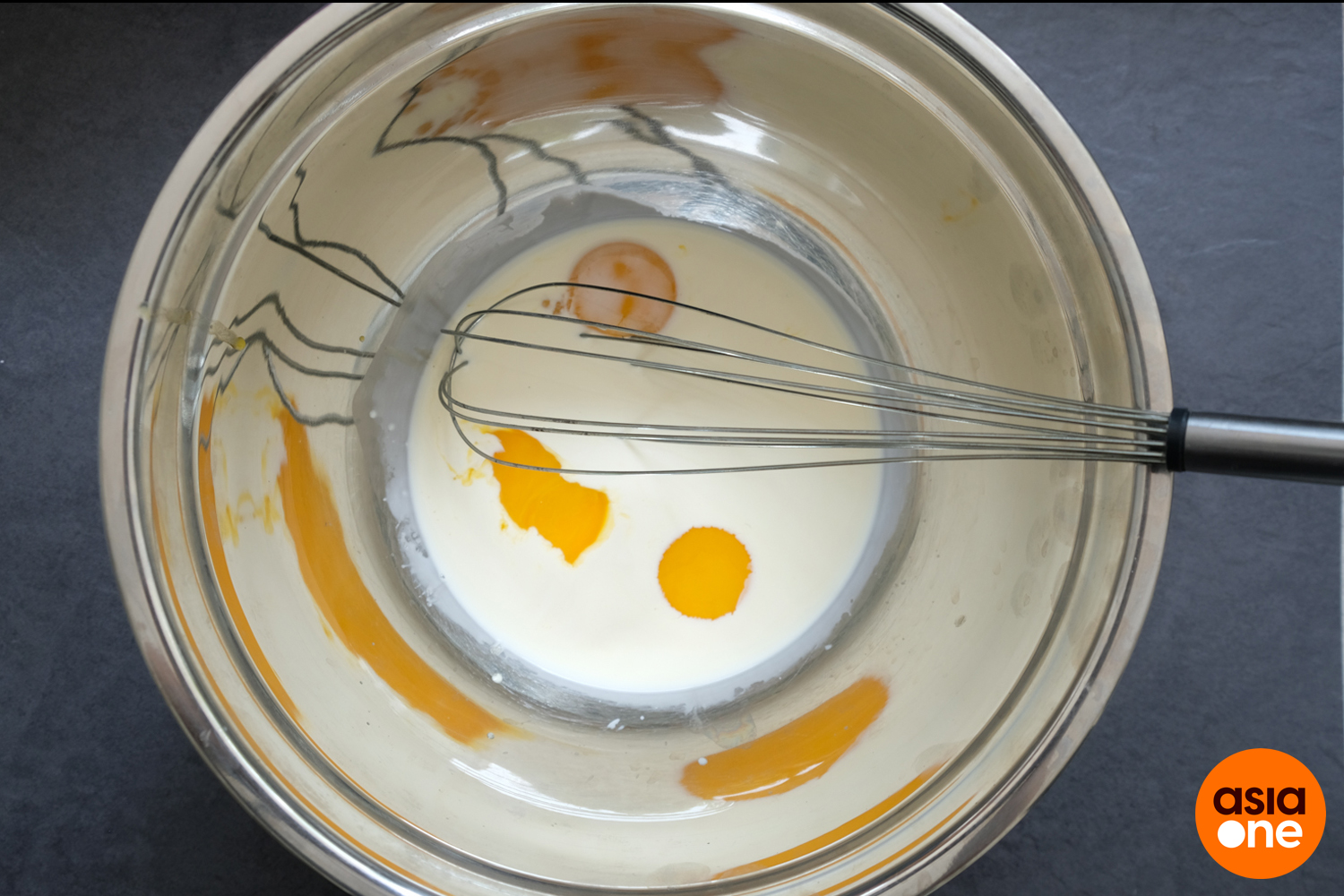 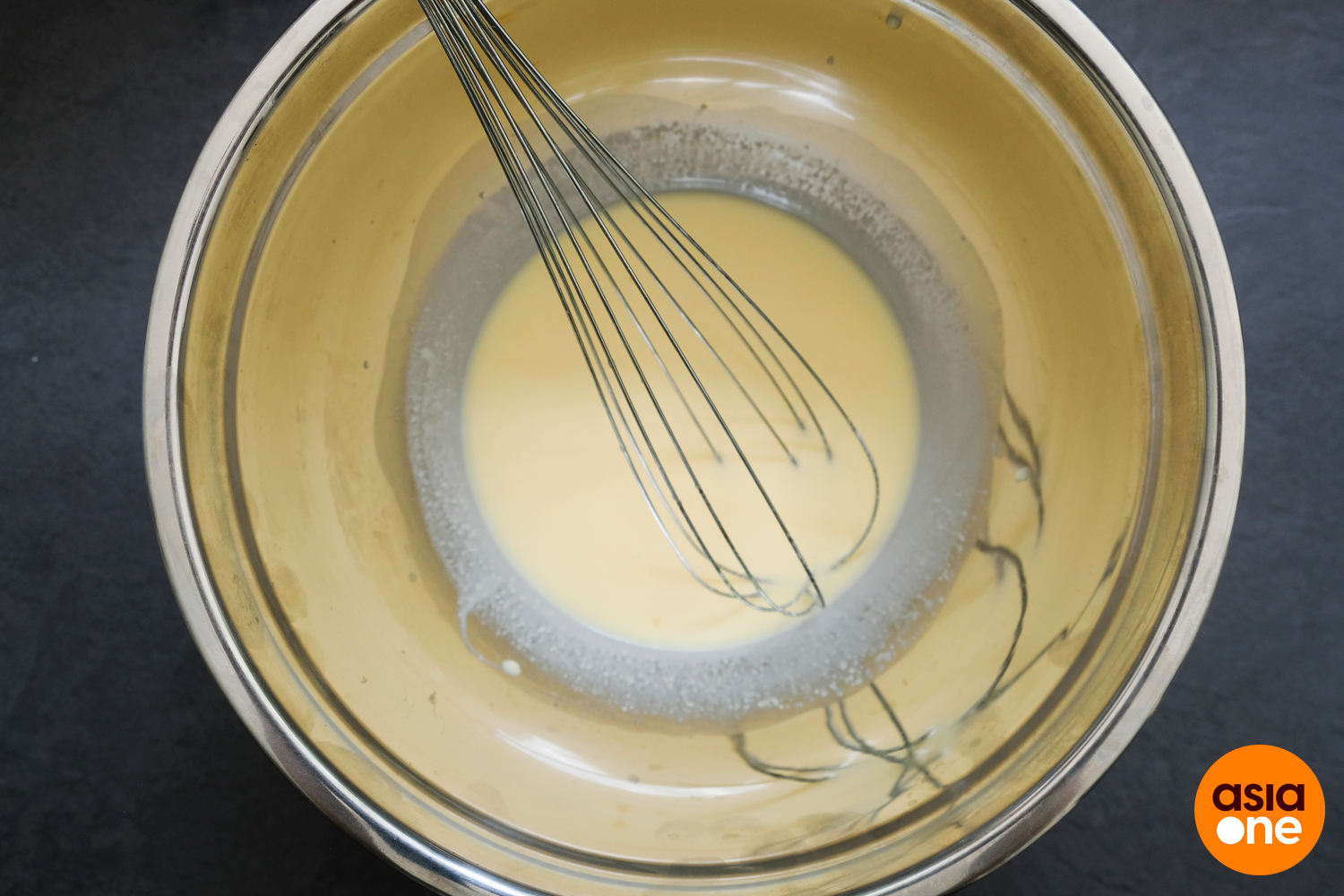 3. Preheat oven at 200 degrees Celcius. Remove tins from fridge and fill them with the egg custard mixture till 90 per cent full. Bake for 20 mins or till top is caramelised. 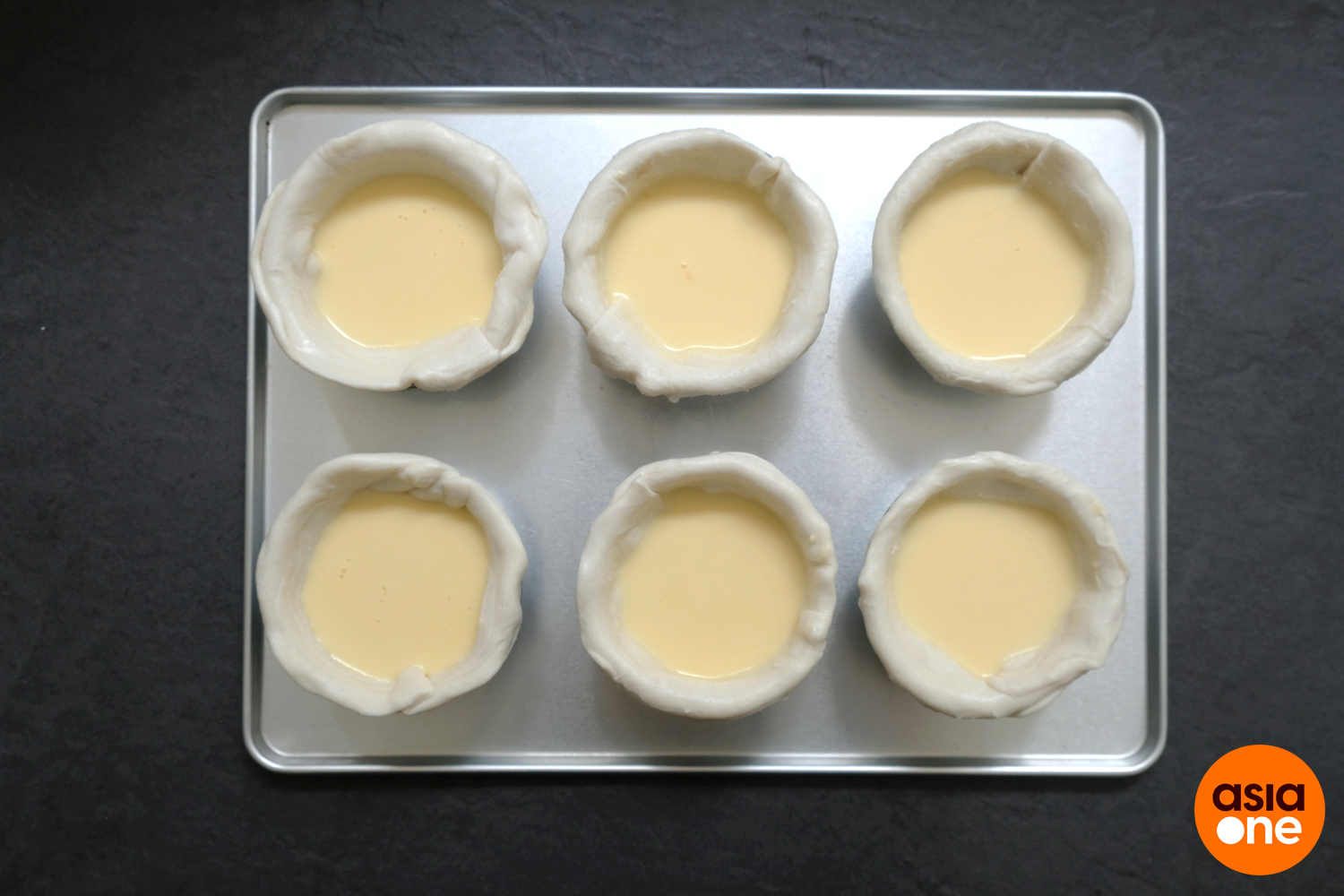 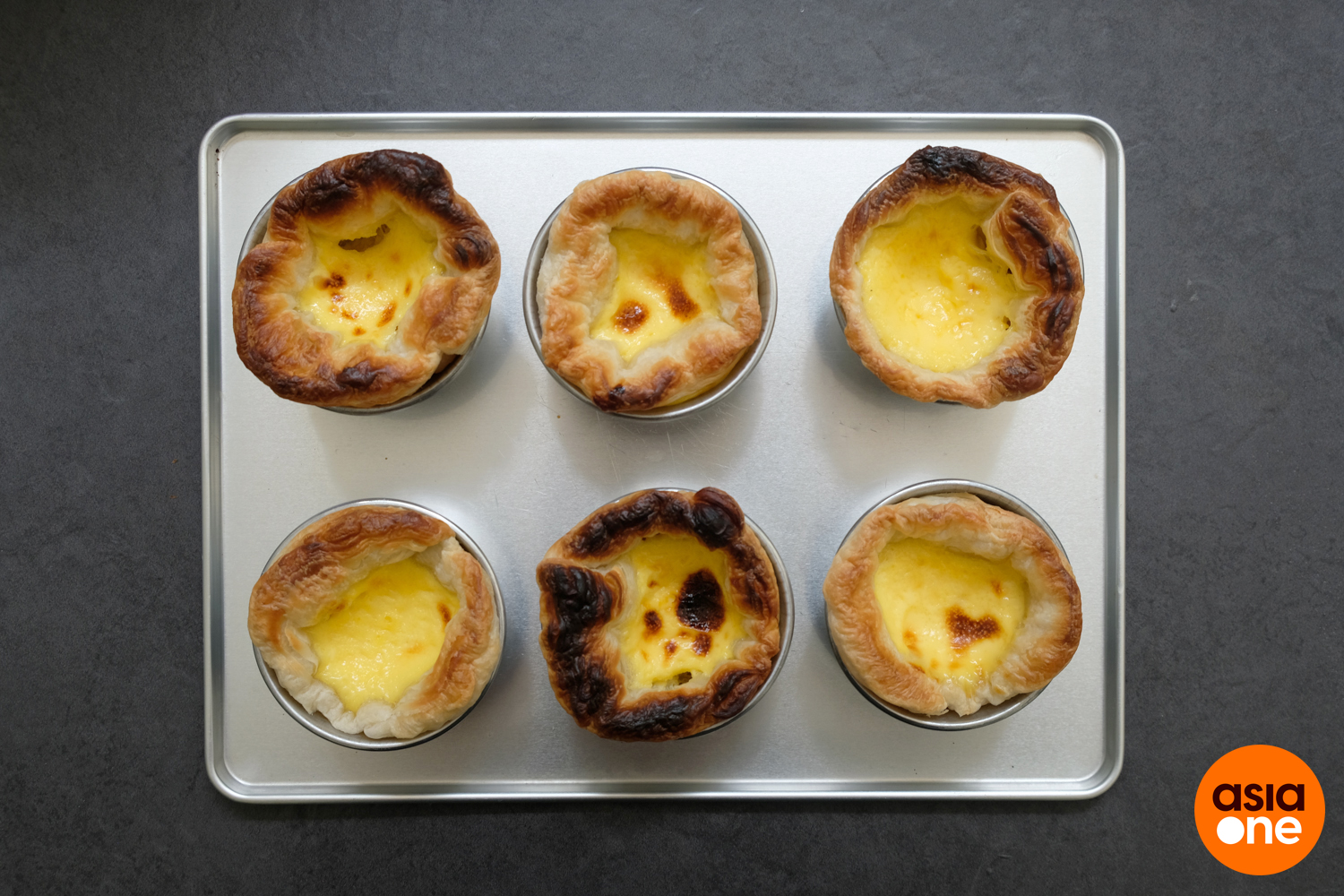 The verdict: Yes the hack makes it easy to do and it tastes like what you'll find in bakeries 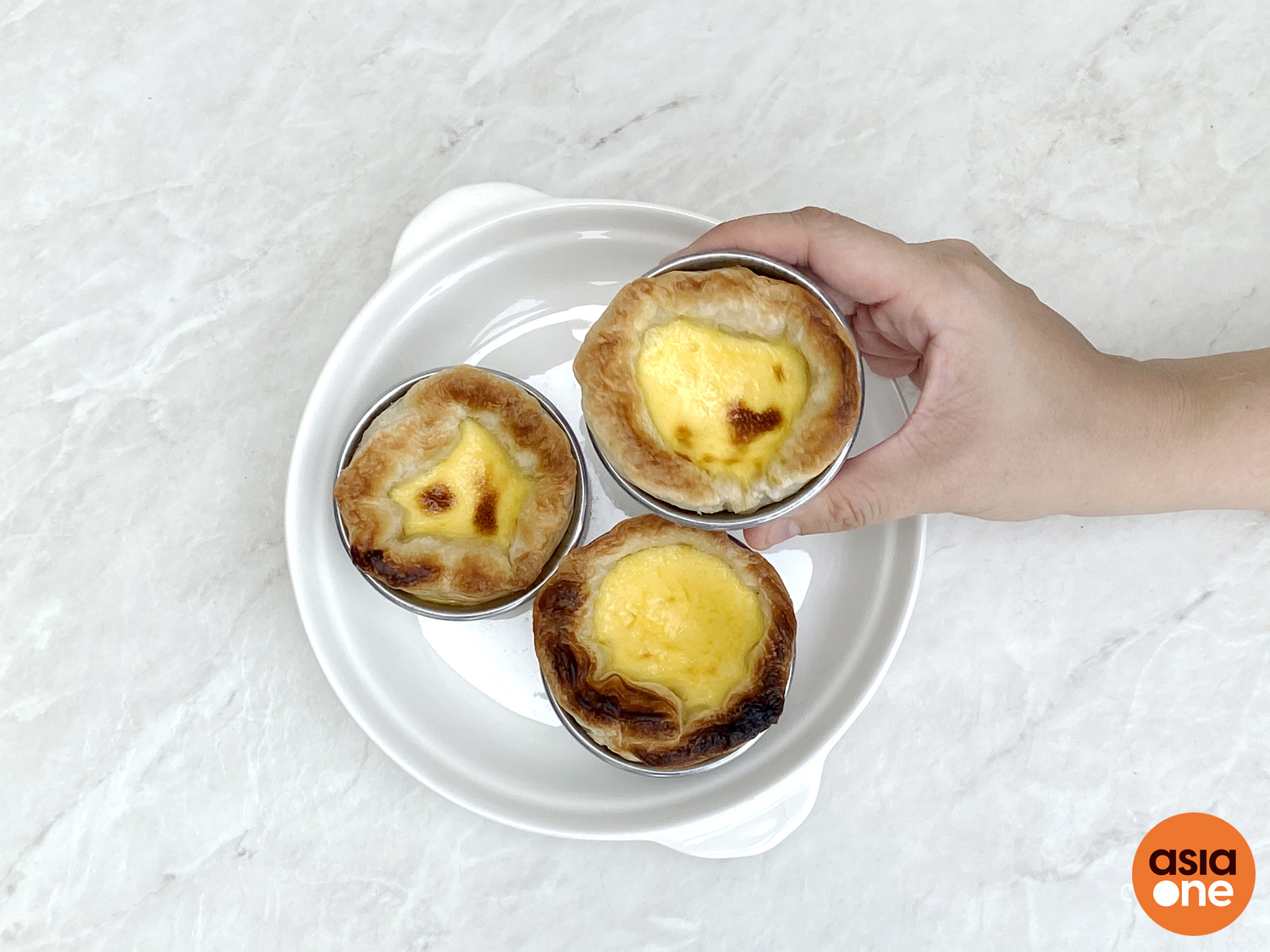 Can it replace the egg tarts found in Tai Cheong or Tong Heng? Probably not. But as a replacement for an egg tart run that I might make to the nearest neighbourhood bakery? Most certainly yes, especially when you manage to get a caramelised top.

The egg tart got a thumbs up from both young and old in my family who tried it and I've already been asked to share the recipe when I sent some over to a friend's house.

And the best part is that the egg tarts took less than 20 minutes to put together as the recipe is so fuss-free. The only thing that took time was the baking portion, but that is to be expected.

Some things I would do differently would be to trim all the excess dough at the top of the tin instead of folding it over as it puffed up quite a bit.

I would also use a smaller tin as the batter was a bit less in volume than ideal, and my egg tarts were only filled to about 80 per cent. That, plus the excess batter puffing up threw the puff to custard ratio slightly off. But then again, I received no complaints from those who happily ate it.

It's an easy-to-make egg tart recipe that even kids can make on their own, and that alone makes it one to keep for the books.