Stop horsing around: If you're planning on taking horse dewormer ivermectin or volcanic ash to treat Covid-19, don't do it

As Singapore gears up to live with endemic Covid-19, the government has been ramping up our vaccination programme so that more people can get inoculated against Covid-19.

However, there are people who have been sourcing alternative home remedies to protect themselves from the virus. Needless to say, many of these aren't scientifically proven, nor are they recommended by health authorities.

According to Today, some Singaporeans have been taking ivermectin, an anti-parasitic drug, in hopes that it will protect them from Covid-19. Some individuals have even gone out of the way to order it from overseas since it is not available over-the-counter in Singapore.

While the drug can be used to treat several parasitic diseases and infections like scabies in humans, it's also commonly used on animals like horses for problems such as heartworms.

Unfortunately, some patients in the US have even landed themselves in the hospital after self-medicating with ivermectin meant for livestock, according to the US Food and Drug Administration.

Cautioning people from using the drug as a Covid-19 remedy, the Health Science Authority (HSA) told Today that ivermectin is not an anti-viral drug and it not approved for use in the prevention or treatment of Covid-19.

"So far, there is no scientific evidence from properly conducted clinical trials to prove that this medicine is effective against Covid-19," HSA also said.

But this isn't the first time the public has been warned against consuming ivermectin to prevent or treat the virus.

On March 31, the World Health Organisation (WHO) said that ivermectin should only be used to treat Covid-19 within clinical trials.

And ivermectin isn't the only wacky 'remedy' that has emerged in the course of the pandemic. Here are some others that definitely won't help protect you from Covid-19.

In May earlier this year, it was reported that in western India, some believed that cow dung and cow urine could help boost their immunity or help them recover from Covid-19. They would even go to cow shelters once a week to coat their bodies in it.

Dr J.A. Jayalal, the national president at the Indian Medical Association, said, "There is no concrete scientific evidence that cow dung or urine works to boost immunity against Covid-19."

He added, "It is based entirely on belief".

Additionally, he also mentioned that the practice could cause other diseases to jump from animal to human.

Back in February last year, multiple social media posts claimed that ash produced by a volcano eruption in the Philippines could serve as protection against Covid-19.

During that period, the Philippines was yet to be hit hard by Covid-19 and some reportedly attributed this to the volcanic ash from a volcano called Taal.

"There is no evidence that volcanic ash can destroy the new coronavirus," a representative from WHO Philippines told Agence France-Presse (AFP). "The purported anti-viral properties of volcanic ash has not been established. [It] is hazardous to health and may result in respiratory issues, eye problems and skin irritation."

Sorry, alcoholics — the coronavirus, unfortunately, can't be killed by a few swigs of beer.

According to the director of WHO's Global Infectious Hazard Preparedness department, Dr Sylvie Briand, it's just a myth that drinking alcohol can fight Covid-19.

"Drinking alcohol doesn't cure or doesn't prevent Covid-19 infection. The virus is not sensitive to the alcohol we drink," Dr Briand said in one of WHO's YouTube videos.

"But maybe people are confused because they see that we use hydroalcoholic gel to wash our hands, but in reality, the alcohol that is in the hydroalcoholic gel is more concentrated. And this is certainly not something you can drink, otherwise, it will have serious side effects," she adds.

The idea of drinking bleach or ethanol already sounds like a bad idea, what more consuming it as a Covid-19 cure. 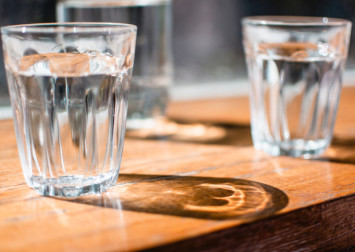 However, some people have actually tried doing it. Just last year, Forbes reported that despite numerous warnings, a number of Americans still attempted to drink bleach as they assumed it was a legitimate Covid-19 cure.

According to WHO, chemicals like methanol, ethanol and bleach are poisonous, so consuming them can lead to disability and death.

You can, however, use them instead to disinfect objects and surfaces. Even when doing so, these liquids should be diluted and you should avoid touching their eyes, mouth and nose after coming in contact with them.

While high temperatures are thought of as a method to kill bacteria, dousing yourself in hot water is yet another home remedy that won't prevent you from getting Covid-19.

In fact, it may do more harm than good. WHO says that taking a bath with extremely hot water can be harmful and could potentially burn you. It also is pointless to do so because either way, our normal body temperature remains around 36.5 dec C to 37 deg C, regardless of the temperature of our bath or shower.

So, before you turn up the heat in the shower, you better think twice.