Pregnant women who work nights or long hours may be more likely to have a miscarriage or preterm delivery than mothers with day jobs, a research review suggests.

"If circumstances allow, avoiding shift work and long working hours (more than 40 hours/week) may improve pregnancy outcomes," said Margie Davenport, a researcher at the University of Alberta in Canada and the study's senior author.

"However, when this isn't possible it's important to focus on other aspects of your life within your control that can also impact prenatal health," Davenport said by email. "Focus on maintaining a healthy, active lifestyle outside of work to include exercise, sufficient sleep and nutritious food to improve prenatal health." 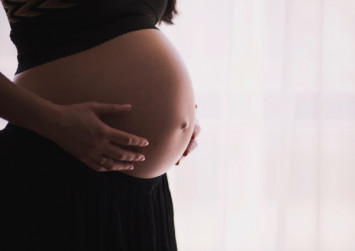 Researchers examined data from 62 previously published studies that included a total of 196,989 women. These smaller studies were not controlled experiments designed to prove whether work hours directly impact pregnancy outcomes; instead they followed women with different work circumstances who were otherwise similar to see whether their hours or schedules were associated with different outcomes.

Many of the smaller studies offered only "low certainty" evidence of risks associated with long hours, night shifts, and rotating shifts, Davenport's team notes in the American Journal of Obstetrics & Gynecology.

It's possible that long hours or shift work might negatively impact pregnancy outcomes by interrupting the body's circadian rhythm - the daily cycle that impacts sleeping and eating patterns - hormones and other physiological processes, Davenport said.

"During night shift work, the day is flipped, and over time this is thought to trigger hormonal adaptations that may influence how the baby grows and the timing of delivery," Davenport said. "And working long hours may increase stress hormones that could influence the risk of preterm labour."

Pregnant women should be aware of the potential risks of night shifts, rotating shifts, and long hours - and do what they can to change their schedules if possible, said Audrey Gaskins, a researcher at the Rollins School of Public Health at Emory University in Atlanta who wasn't involved in the study.

"In the absence of being able to change one's work characteristics, women should focus on maintaining good sleep hygiene and keeping their stress levels in check," Gaskins said by email. "These are two of the main pathways that are implicated when working shifts, long hours or nights."