In my time at sgCarMart, we've reviewed six different variants of the Seat Ateca. For a brand that made its comeback just over four years ago, that's quite a number of variants for just one model.

As you probably can already tell, there's a lot to like about the Ateca. With its facelift, it doesn't just bring small styling and equipment updates. It brings an eight-speed Aisin torque converter automatic transmission, too.

But for those who have a keen understanding of cars, you'll know Aisin - a Japanese automatic transmission manufacturer that's backed by Toyota.

It won't be as sharp and snappy as the usual dual-clutch transmissions that we've come to know and love from the Volkswagen Group, but it'll offer the kind of dependability that drivers here are used to.

And what are the other changes?

The other changes are pretty minimal, which work to improve the Ateca's value proposition even more.

Up front you get LED head lights and a new grille and bumper design. It does take a keen eye to spot, but in general it offers a more rounded off design compared to the sharper looks of before.

Inside is where you'll notice most of the changes. There's a new steering wheel that doesn't look like a VW Group parts bin item, and a new infotainment system that looks very different from the ones that came before.

It does take some getting used to with its new tile layout, but it comes with wired Apple CarPlay and Android Auto across all variants as standard.

You'll have to get yourself a USB-C cable, though. If you do, there's four of them - from the front to the rear seats - that will ensure the devices of your occupants are fully juiced.

And these occupants will have nothing much to complain about in the rear. The Ateca will accommodate three full-sized adults with ease.

We get back to the biggest change, the eight-speed auto. Paired to the familiar 1.4-litre turbocharged engine, the Ateca actually feels pretty brisk, despite the 148bhp and 250Nm of torque power figure.

Though it isn't brute force that the Ateca charms with the new gearbox pairing, it is how calm and composed the drive becomes due to it.

In many ways the eight-speed auto works best at low city speeds. As it does its job slipping through the first few gears (as expected from a torque converter auto), it feels much smoother and willing to crawl at low speeds compared to the previous dual-clutch equipped car.

I'll be honest. I will always take a dual-clutch transmission over any automatic transmission out there. I enjoy a snappier and responsive gearbox - but that's just me.

What you're getting is a car that's still more than capable, with enough power, amenities and features that some of the competition still struggle to offer. 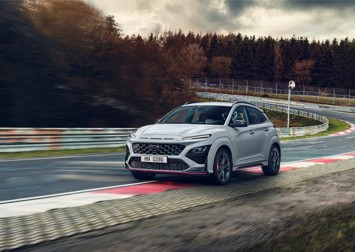 If you can live without the safety assistance tech and fancy digital instruments you can go for the 'Style' trim for about $8,000 less.

In fact, you can even go for the pre-facelift Ateca that starts from $138,999. And it still comes with the eight-speed auto.

For you, the Singaporean driver, what's not to like?