Self-driving cars may soon be among Singaporeans, but they won't be Teslas

Self-driving cars, for all the apparent buzz around them recently, are actually not unfamiliar to keen observers of the auto industry. They've long been heralded as the next step in mobility, bringing not just added convenience, but promising leaps and bounds in safety. (As you may already know, humans are not the best drivers.)

But where things are changing is that they've now captured the attention of everyday consumers. In this regard, perhaps no other name has made its mark as strongly as Tesla.

While this may be surprising, pry open the simple questions of what defines self-driving cars and what enables them to drive themselves, and the air starts to clear.

Tesla, while a worthy torchbearer, may not actually be the tech's valiant knight — at least not for us in Singapore. On the other hand, however, another name appears closer to reaching that point.

The industry subscribes to a six-tiered classification by the Society of Automotive Engineers (SAE) to assess a vehicle's level of driving autonomy. Starting at the lowest Level 0 with cars that rely solely on a driver's inputs, Level 5 denotes cars that can unconditionally drive themselves. 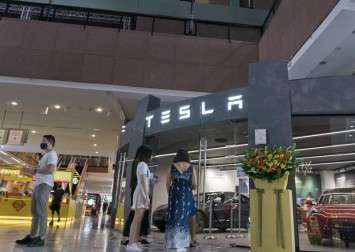 Considering that Level 1 constitutes tech that's become almost rudimentary on new cars — such as adaptive cruise control and lane departure warnings — you'd naturally expect to step up a couple more levels to arrive at what Tesla has been trying to do.

In spite of innumerable videos of Teslas steering themselves, performing smooth lane changes and parking remarkably independently, Level 2 is where the company has found itself idling for a while now.

That's because under the large umbrella encompassing Levels 0 to 2, the driver is still responsible for monitoring the environment. It doesn't matter how advanced the systems are (and Tesla's are arguably very advanced); constant supervision is still an unshakeable necessity in this bracket. This is a reality that Tesla actually acknowledges in an explainer on its website regarding Autopilot's features.

While moving up to Level 3 feels less significant, since the car appears to exhibit the same capabilities as in Level 2, here's where things start to change. The SAE states (with bold letters and underlines) that "You are not driving" when a Level 3 or above system is engaged. Sure — many limitations remain — but the weight of responsibility has started to shift to the car's system.

At Level 4, your car should be able to rove about on its own without any form of intervention. Vehicles at this level are knocking on the door of self-driving utopia, but still operate under certain restraints, such as prescribed geographical boundaries and good weather conditions. Level 5 then removes all of that.

Evidently, where Tesla actually stands is still some distance off from where its branding suggests it is.

Add in a number of worrying issues — such as its questionable reliance on customers as beta testers, as well as repeated, overly optimistic timelines — and more doubts surface. It's hard not to feel that its eagerness far out-shadows its regard for safety… sort of when a toddler wants to run before it can actually walk.

On the other hand, another well-backed name has already steadied its feet in Level 4. Waymo may sound unfamiliar, but its parent company — Alphabet Inc — will certainly ring a bell.

Pilot runs for robo-taxis have been taking place in Phoenix, Arizona since 2018 under its ride-hailing app, Waymo One, with San Francisco joining last August (New York City and Los Angeles are next). While safety drivers still initially remain on-board to monitor the car, Phoenix's fleet has already started to go fully autonomous. 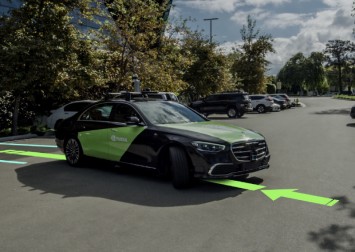 And in spite of their common, ostensibly noble goal of seeing self-driving cars on our roads, a couple of differences mark Tesla and Waymo's approaches.

Tesla's Autopilot relies on eight external cameras, 12 ultrasonic sensors and "a powerful onboard computer". This sounds like a comprehensive suite, but it's worth noting that it's slightly less rounded than before. Radar, which was previously tapped on, is slowly being removed as part of the company's move towards cameras only.

Contrarily, Waymo doesn't manufacture its own branded cars (although that's set to change), instead, relying on retrofitted Chrysler Pacificas and Jaguar I-Paces. Visibly armed to the teeth with gadgetry, they rely heavily on lidar — light detection and ranging — among other radar and camera sensors for a more robust hardware-approach.

Generally, Waymo's stance — including the very crucial lidar — is looked upon more positively due to its comprehensiveness. With a matter as delicate as autonomous driving (even one related accident is enough to cause a storm), experts believe it best to layer detection systems as much as possible to create redundancy.

But Musk has famously tossed lidar out of Tesla's playbook, citing concerns over its bulk and steep costs, while concomitantly, asserting his faith in the undeveloped potential of camera sensors and software.

Quite importantly too, Waymo currently relies on geo-fencing — the drawing up of virtual perimeters for a physical geographic area — to deploy its fleets, meaning it doesn't expect its cars to drive into the unknown. It's part of the company's more realistic and conservative modus operandi (the last Waymo CEO even once declared that Level 5 would never be possible).

Tesla, however, doesn't want do this because it thinks its autonomous cars should someday be able to go anywhere.

Readiness for self-driving: Singapore's prime condition, and what 'prime' in this context means

Looking at the industry, it's slowly become clear that regulation remains the sword by which autonomous vehicles (AVs) will either live or die. Even if a car's hardware and software are ready to go, it won't get clearance until it's given the green light by authorities.

Mercedes-Benz's recent announcement that it will become the first carmaker to deliver a Level 3 system en masse is a timely example that evinces this harmonisation between tech and regulation. 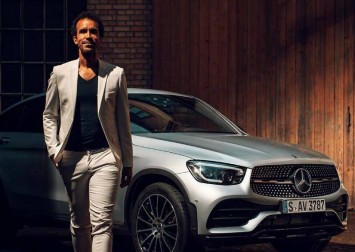 With Drive Pilot, some drivers of the electric EQS and S-Class will soon be able to genuinely take their hands off the wheel, kick back and perform ancillary tasks (Netflix and drive, anyone?) in traffic of up to 60km/h. Nonetheless, the system's full functionality has only been thus far approved by the German transport authority for domestic use on about 13,000km of the Autobahn.

Before you dismiss this development as far removed from Singapore's reality, here's a fun fact: Singapore actually ranks quite strongly in the global Autonomous Vehicle Readiness Index, and not just in the Top 10 too; we were number one in 2021.

As a crucial precursor to wider use, official standards have already been drawn up for the safe use of AVs, while the LTA has an entire section of its website dedicated to their benefits.

We've also been putting our brains and money into the field longer than you might expect. The Centre of Excellence for Testing and Research of AVs-NTU (Cetran) was established nearly half a decade ago, and in between then and now, trial runs of AVs involving partners such as Grab, ST Engineering and SMRT have steadily increased. The test region for driverless cars was even expanded to the entire West area in 2019, covering up to 1000km of roads.

But what does Singapore want with the tech?

We've never been keen on private car ownership, and now have our sights set on last-mile transport, to be interwoven with our ever-expanding metro network.

We're also really tiny, and highly-urbanised, meaning that virtually every last corner of the island can be mapped out. And with the exception of the annual, short-lived occurrence of torrential rain, adverse weather generally doesn't exist in our dictionaries.

As it is, Waymo One thus already sounds like the sort of Smart Nation service that would tickle the fancy of our local transport authorities. On the other hand, with a business model that has tended to prioritise private passenger cars, coupled to its historically frosty relationship with regulators, it's hard to see how Tesla will make further strides even when its tech is ready (and then, some will also argue that the tech itself is far from ready).

In spite of their undeniably superiority in safety, AVs are certainly not perfect yet. Singapore experienced its first and only collision — non-serious, thankfully — in 2016. America, meanwhile, has unfortunately seen a few fatal ones. 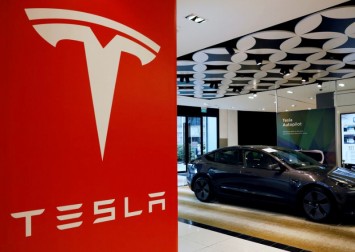 The reality is that wariness towards AVs is still prevalent and as a consequence, they will need to meet almost unimpeachable standards before our vision of a self-driving utopia is realised. Testing — in terms of miles driven — remains an indispensable ingredient for success, since the more AVs drive around, the better attuned they become to real world situations.

In the meantime, there's also what you, the user, will come to expect from AVs.

Imagine letting your car fight bumper-to-bumper traffic at 7pm on your behalf, while you watch the season finale of Single's Inferno on its massive touchscreen, or passive-aggressively reply the email that suddenly came in as you were stepping out of the office.

That's still very different from a car that can navigate independently, but has to alert you every 30 to 60 seconds to keep your hand on the steering wheel.

And so, we return to the question: Who exactly has the better shot at darting across the finish line and bringing the first fully autonomous cars to us? With the number of laps remaining surely dwindling, it doesn't appear that Tesla will overtake the competition — not for this race at least.