She went from being a singer to software engineer, thanks to Covid-19 pandemic

Deborah Jean Lee was forced to give up a career she took five years to build, all thanks to the Covid-19 pandemic.

Like many others, her livelihood as a performer was unexpectedly curtailed during the circuit breaker period, when live entertainment venues were forced to shut their doors.

It had always been the 28-year-old's life-long dream to be in the music industry.

"I grew up in a musical family, and both my parents and I sang and performed in the church choir."

After graduating from Singapore Polytechnic with a diploma in music and audio technology, she worked odd jobs as a painter and cook while finding her footing as a singer.

Read Also
What she thought was a 2-hour volunteering stint during circuit breaker has lasted till now: 'I'll be here awhile' 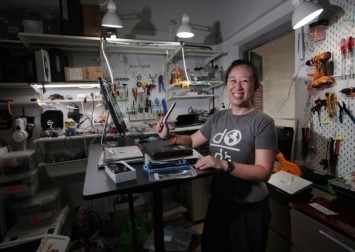 "I took on these part-time jobs while looking for suitable opportunities to sing and perform."

From singing at wedding and events, she secured several residences at several popular bars and entertainment venues in Singapore, such as Shuffle, JBar at M Hotel and various Starker outlets.

As a talented performer, Deborah successfully built a name for herself securing regular gigs seven days a week. Then came the pandemic.

All of a sudden, Deborah's primary source of income dried up.

"I, along with many others, were basically made jobless overnight," she shared of the circuit breaker period enforced on April 7, 2020. Till date, most pubs and live entertainment venues remain closed as part of safety measures.

While she wallowed in sadness for a while, Deborah managed to take the news in her stride. Looking on the bright side, Deborah took it as a sign for her to take a break.

By that time, Deborah had been performing continuously at pubs and events for five years, usually for at least three hours every night. "Although it was fun, I was just very tired," said Deborah.

"I had been overworking myself, taking up gigs seven days a week with no break for the past five years," she added. So the forced time-out brought on by the pandemic was almost a welcome relief.

A conscientious saver, by then Deborah had managed to squirrel away a substantial amount in her bank to tide over the period. While she declined to reveal the exact figure, she shared that it was enough to last her a year. 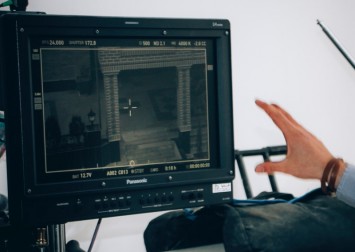 With money not being an immediate concern, Deborah gave herself up to six months "to just chill". At the same time, the pandemic also made her rethink her options in terms of her career. In particular, revisiting her other, long-forgotten interest in an unexpected area — coding.

A few months into the circuit breaker period, Deborah enrolled in a software engineering course offered by tech education company General Assembly. The programme piqued her interest, as "it was something I realised I could do long-term".

The push to change careers was even more compelling when she realised that her former lifestyle was taking a toll on her health.

Deborah shared that as part and parcel of being a pub musician, she'd often have a drink or two with regular patrons at the bars she played at.

It was a habit Deborah blames for making her put on 20kg. She candidly shared that she has since shed the weight, after shifting her focus to being a student.

Deborah shared that it was tough hitting the books again after a seven-year hiatus, and "not using her left brain" for so long.

"[The course] was an intensive three-month bootcamp, five days a week. I struggled at first and took a while to get used to studying." After graduating in December, Deborah received a certificate of completion.

Within three and a half months, she received a job offer from Healint, a healthcare technology company.

At the time of this interview, she had been working for just three days in her position as a full stack developer for the company. "But I'm currently doing more front-end stuff and fixing bugs in the app," she shared. 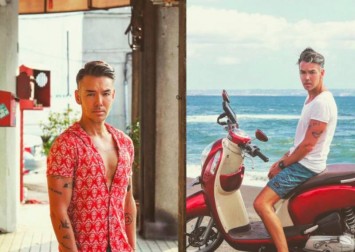 Of her corporate life, Deborah says it's an almost 180-degree change from the more free-spirited, creative path she had been used to. One of the toughest adjustments that the self-professed night owl has had to make is probably the change in working hours.

"I'm adjusting to the early morning commute, from Balestier to Pasir Panjang, as when I was playing music I typically travelled at different times of day, often at off-peak times," said Deborah.

Due to the pandemic, she is only required to be in office on alternate weeks.

But aside from the minor lifestyle adjustments she's had to make, the financial stability that her new job affords is a big bonus.

"I finally get paid leave for the first time, and my mum is very happy I have a stable job now," shared Deborah, adding that her tattoo artist boyfriend has also been extremely supportive of her career switch.

"My starting salary is currently slightly lower than what I was earning when I was doing music full-time. But the long-term earning potential in my current role is significantly higher," said Deborah.

She joked that she's the fourth of five siblings who are all "very accomplished... and then there's me". One of her elder brothers is a medical writer while another is a teacher.

"To be honest, being a musician can pay very well if you work hard. But I was just so tired from overworking myself," she shared.

With restrictions easing and more events allowed to take place, Deborah still takes on occasional gigs as and when her schedule permits. She also regularly shares her music online through livestreams and videos.

What about people who might say that being a software developer is such a "boring" job compared to the thrill of being a live performer?

She explained: "I think people only find boring what they don't understand or aren't interested in. For me, coding is not boring at all, it's exciting and very rewarding to build things.

[What people may not know] is that it also takes some creativity to come up with solutions to different problems."