Even though popular K-drama Crash Landing On You (CLOY) ended its run in February early this year, fans still have a lot of love for star-crossed lovers Ri Jeong-hyeok and Yoon Se-ri.

The story tells of an accidental meeting between a businesswoman in Seoul, played by Son Ye-jin, and a captain in the North Korean army, played by Hyun Bin, who both eventually fell in love.

Presumably avid fans of CLOY, a couple in the Philippines recently recreated iconic scenes in their pre-wedding photoshoot and video, but it's not just the images that made many swoon.

A princess and a police lieutenant

Netizens found out that this is no ordinary couple — the bride is congresswoman and princess Bai Rihan Mangudadatu Sakaluran and the groom, police lieutenant Al Shadat Hassan Abdurajak.

According to International Business Times (IBT), the couple's engagement plans on June 28 this year had to be cancelled due to Covid-19 restrictions. Their initial list of 1,000 guests was reduced to 100 and they eventually got married on Sept 3. 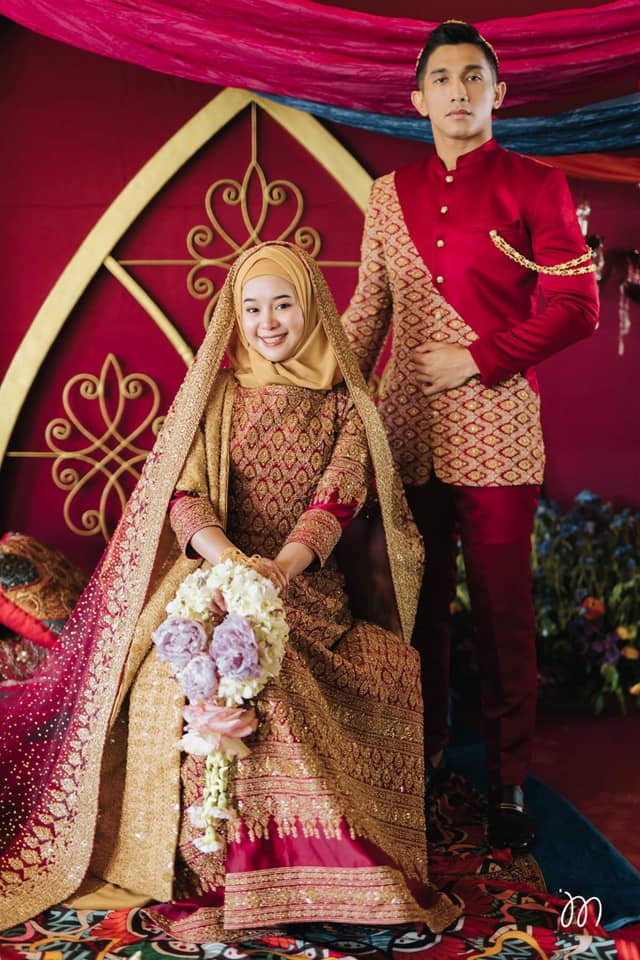 OutLoud Studios, which shot the couple's pre-wedding video, shared in an interview with ABS-CBN News that the CLOY theme came about as the bride is a big fan of the drama and the groom happens to be a member of the police force.

The couple selected at least 30 drama scenes and recreated them to "give their love story a K-drama feel", reported IBT.

The couple's CLOY-inspired video and photos went viral on the internet when OutLoud Studios and James Montaño Photography shared the pre-wedding video and photoshoot on their respective Facebook pages, garnering over 80,000 likes and shares so far.

From the location, to the costumes, even down to the actions, the shots were almost a replica of the actual K-drama.

Starting with the unforgettable scene where the female lead, clad in a purple outfit, first met the male lead after her paragliding accident. 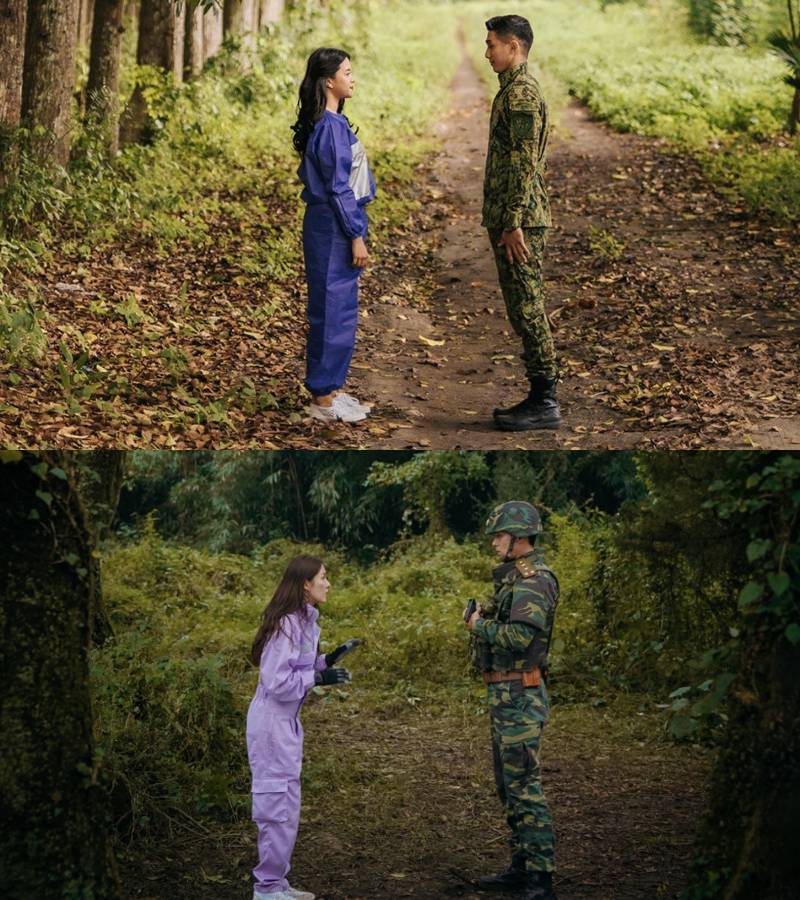 Remember this bonfire scene where our two main leads had a romantic moment? 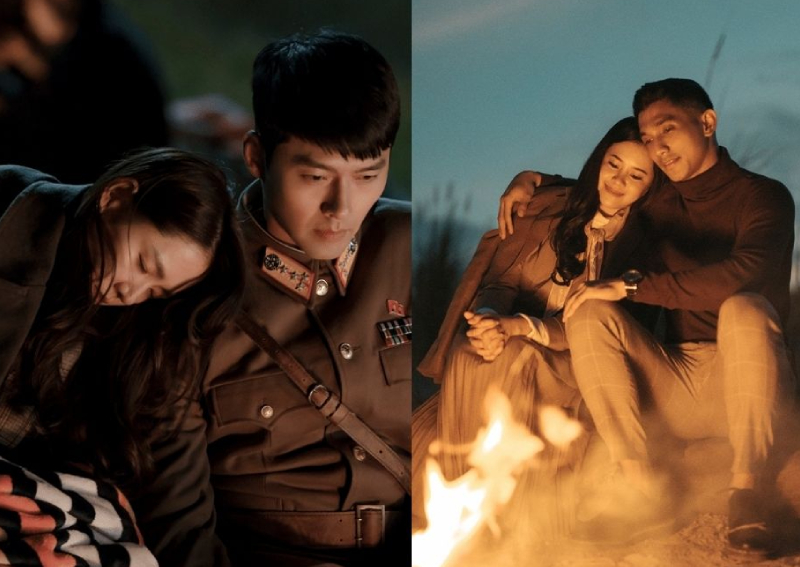 Or when Jeong-hyeok was tailing Se-ri on his motorcycle? 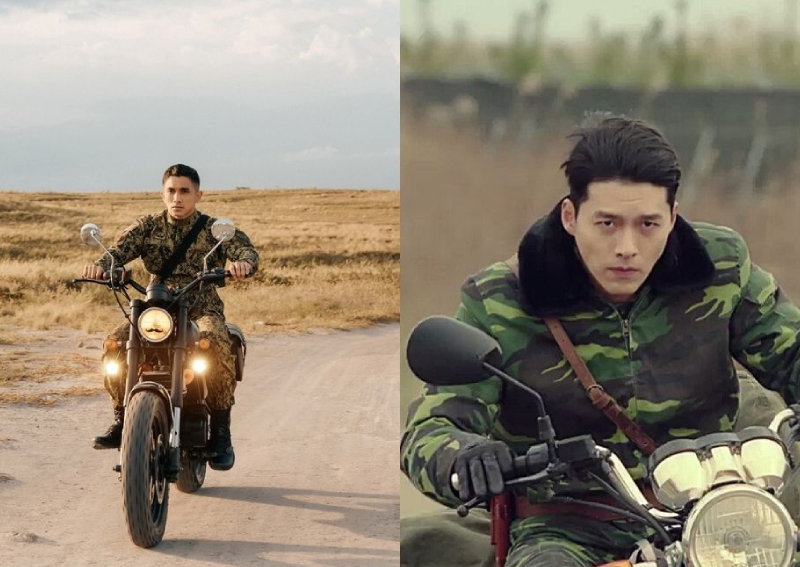 And who could ever forget the bittersweet moment when our two lovers finally reunited in Switzerland – which by the way was reshot with computer graphics, for those who may not know. 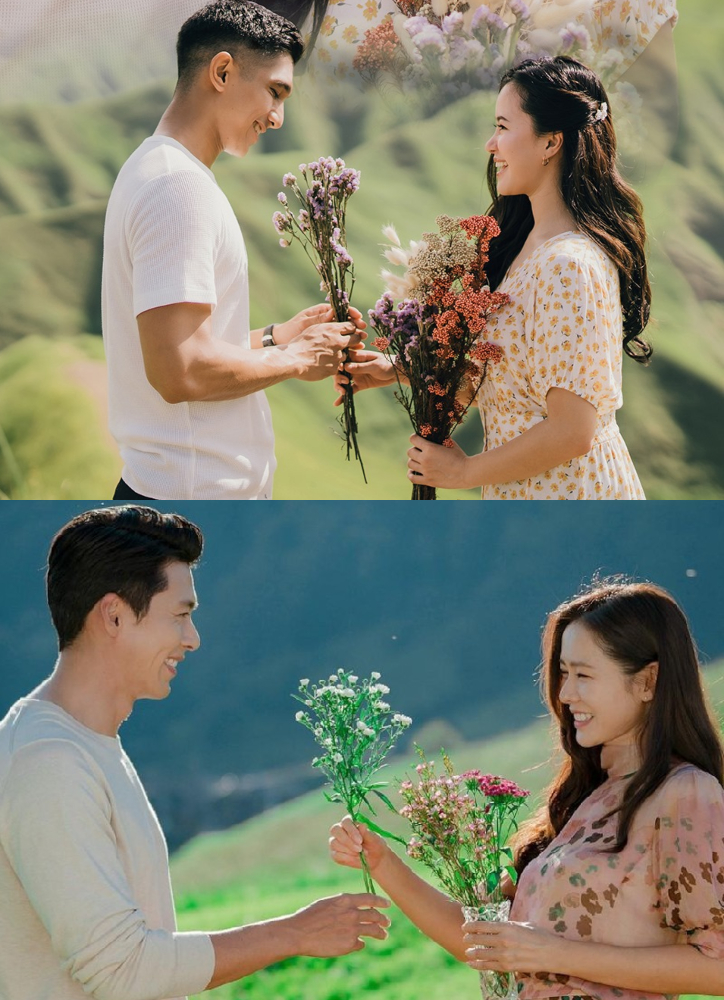 These are just glimpses of the couple's impressive photoshoot; check out their entire pre-wedding photo album here.

The pre-wedding video, on the other hand, honestly just seems like a CLOY trailer at this point. Watch it here.

According to Rihan, some of the places featured in the video are La Palmera Mountain Ridge in Sultan Kudarat, Wood Breeze Resort in General Santos City, Punta Isla Lake Resort and Sunrise Garden Lake Resort in South Cotabato.