She's seen thousands of female genitals, but she's not a gynae

Why I Do What I Do: She sees privates on a daily basis

Why I Do What I Do is an original AsiaOne series where we showcase people with uncommon professions and what it takes to get there. In this episode, we feature Dion Tan, a Brazilian waxer in Singapore. People go to her willingly to expose their most vulnerable areas. Besides removing hair all over the body, Dion seeks to make the experience comfortable. We find out how she got started, the people she's met and the questions she's faced in her time as a waxer. #WhyidoWhatido #brazilianwaxer #beauty

The 37-year-old Singaporean is a Brazilian-waxing specialist with a decade of experience in the job.

For those not in the know, waxing entails putting soft or hard wax on skin and ripping the hair off in one swift motion, while Brazilian is a style that leaves no follicle untouched — which means you'd basically be left bare, down there.

According to Dion, women do it for hygiene reasons as well as for the aesthetics.

What's it like working so intimately with a woman's nether regions? And something we all want to know: are we 'normal' down there?

"When a client comes in to do Brazilian waxing for the first time, they are always curious about what other people look like," says Dion, "and they ask questions like 'am I the worst' or 'am I okay'.

Ever the professional, Dion has the perfect answer: "It's like a piece of art, it's up to the individual to appreciate.

"My job is to make women feel good about your most intimate area. Everybody is different, but they're unique."

However, the most obvious difference would actually pertain to a woman's "bush", which is ultimately what their job entails.

In industry-speak, Dion lets us in on the analogy of a forest to describe hair growth beyond the bikini line.

"Many of the new colleagues who join us, sometimes they get shocked by the quantity of the growth down there," she shares.

She speaks from experience. As a newbie, Dion was similarly taken aback when it came to her first-ever client.

She shares: "Hers was really dense as it was her first time doing waxing... the good thing is that both of us managed to finish the treatment".

It took her about 45 minutes to an hour then, when now it would take her just half the time to complete.

First-time clients also tend to be tense and fearful of the pain. Some of the misconceptions she's had to debunk are that they'll end up so sore "that they can't even walk"; some think that they won't be able to shower, or that they can't have sex after the treatment.

"If clients do believe they have such a low [pain] threshold, then I do get them to take some painkillers 30 minutes before the waxing even though it's not really necessary. But if it makes them feel more at ease, they can."

On the other end of the spectrum, Dion also sees clients for whom waxing is a regular occurrence and they are much more relaxed.

More alarmingly, pregnant mummies have also called to make an appointment on the day that they were due to deliver, because they didn't want to be shaved by nurses (a necessary step) before being wheeled into the delivery room.

But after 10 years on the job and an additional five years in the industry as a manager, nothing really surprises Dion anymore. Not even unexpected sounds, smells or bodily fluids that inadvertently make their presence known during a session.

Dion explains: "Most of the customers when they come in for the first time, they don't know — or don't ask — that we do actually wax their butt crack.

"After getting over the initial shock, they'll start questioning themselves (if they have hair there), then I'll say, 'Never mind, you just turn over, I have a look for you. If there is, there is, if there isn't, then good for you'."

She continues: "So when people turn over, that's the time when I think their stomach also starts flipping and so sometimes they just let go, unintentionally."

"Only two things: either you laugh or you keep quiet and pretend nothing happen," says Dion.

And let's not forget the smells.

She confides: "Singapore is very hot, very humid. People come here during office hours, so we don't expect customers to smell like roses.

"We do get them to wash up before the waxing, but sometimes they don't wash up in the manner that we think they will wash up, so people do come in with smells as well."

And here's where Dion shares a trick of the trade.

"Sometimes if the smell is really bad, we'll put some essential oil on the mask... it's our back-up."

Dion affirms that she has had to turn away some clients, but not because they smell bad.

"We've turned away customers who are on their period... they still try their luck, they'll go and wash up, and they think that they'll be clean down there during the waxing.

"But once they strip, people can tell."

And on one occasion, Dion had to turn away a person because 'she' turned out to be a 'he'.

While the salon that Dion works in does upper body waxing for men, it only caters to female clients for any work around the groin. "We just have to reject them politely. We tell them that we don’t provide [the service] for men and our therapists are not comfortable with it."

MORE THAN JUST A WAXING THERAPIST

Dion sees her role as a therapist in more ways than one. "When people come here, they're willing to strip themselves to show [you] their most private areas, so it comes with a lot of trust from the customers."

"So part of our job is also to learn to keep secrets, because people do tell us things."

It's these softer skills that make the best waxer and not, say, a strong pair of arms. Although, of course, having the skills is important too. 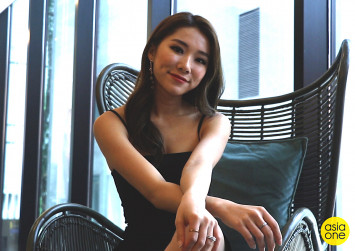 Dion firmly believes that "anybody can be trained", as long as one has the passion, the patience and, interestingly, "some sympathy".

"Because when customers lie down, they show you their private area, they're very vulnerable and they're in pain. The last thing you should do is smile at them," she shares.

She goes on: "You should [show concern], ask if they're alright, or if they need a break."

The satisfaction of the job comes from getting repeat customers, because that's when they know that they're doing something right.

"I have personally handled clients who had a bad waxing job done somewhere else so they come here for me to salvage the situation," says Dion.

If you're considering going for a Brazilian for the first time, here are some tips to prep beforehand:

#why I do what I do #beauty tips #beauty industry