Those itching to be on a plane again may have rejoiced at the chance to take flight with Singapore Airlines (SIA) again, after reports that SIA might launch three-hour 'flights to nowhere' surfaced.

However, several environmental groups in Singapore have expressed concern that this would lead to unnecessary carbon emissions, thereby contributing to the ongoing climate crisis.

Said environmental activism group SG Climate Rally in a statement on their website on Sept 14: "It encourages carbon-intensive travel for no good reason" and "it is merely a stop-gap measure that distracts from the policy and value shifts necessary to mitigate the climate crisis".

The group said it sympathises with on-ground SIA workers who have experienced reduced wages and jobs cuts and instead urged SIA executives and policymakers to pivot towards more "sustainable and equitable alternatives".

"We can and should do better," it concluded in its statement. 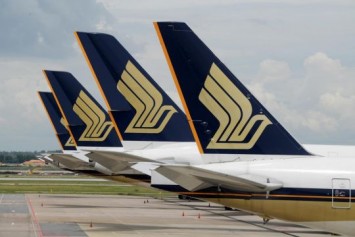 A crowdsourced initiative has also been started by a group of four individuals to get members of the public to contribute ideas as to how else SIA could generate revenue without taking to the air.

A #SaveSingaporeAirlines form has been set up and members of the public can submit their suggestions to help SIA "get back on its feet", and the ideas will be compiled and sent to SIA on Sept 20.

Chevon Low, who is one of the individuals behind the form and a member of environmental non-profit organisation PM Haze, shared with The Straits Times: "We thought it would be more conducive to get the public to contribute their ideas, and give SIA something that they could work with in lieu of having flights to nowhere.

"SIA had previously committed to reducing their emissions and we want to work with them to achieve their sustainability goals."

The ideas that have been submitted thus far include educational tours at the airplane cockpit, gourmet dining experiences on the planes and even staycations in the First and Business Class seats, as well as Suites.

When asked if the airline would consider the compiled suggestions, an SIA spokesperson told AsiaOne that it is considering several initiatives that would allow them to continue engaging with its customers and the public. However, currently "none of these plans have been firmed up".

"We would also like to thank our customers and members of the public for their interest and feedback. As previously indicated, we will make an announcement at the appropriate time if we go ahead with any of the initiatives," the spokesperson added.

Read Also
SIA's 400-plus trainee pilots, cabin crew: Half let go, other half to leave when training completes 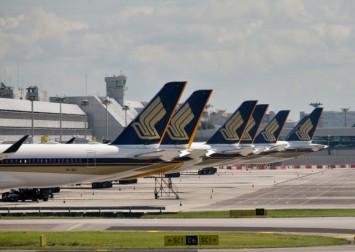 Though there will be emissions that contribute to the greenhouse effect from the proposed flights to nowhere, the impact will be less than for normal flights, according to associate professor and climate scientist at Singapore Management University, Winston Chow.

This is because the plane will be lighter with no cargo on board, just passengers.

Chow also states that even if activated and operated 10 times a week, these no-destination flights contribute a small part of Singapore's total carbon emissions, just 0.015 per cent. Hence there should be more urgency to control emissions from other sectors that are bigger contributors.

However, researcher of environmental law at NUS, Eric Bea, says that there should be a purpose to the operation of flights. "The emissions generated from these flights to nowhere, though small, do not provide essential transport services, as opposed to emissions which are productive like the conversion of passenger aircraft to cargo, which may be used to move critical cargo."