One perk of being a Singapore Airlines (SIA) stewardess is getting to don the iconic batik kebaya, which has become synonymous with the Singapore Girl image.

But apparently, one Depop shop just might be responsible for foreigners unknowingly repping Singapore's national carrier.

In a Twitter post on June 22, user Leyla Rose shared a listing of a dress on the London-based e-commerce platform that looked eerily similar to the Singapore Airlines batik kebaya, print and all.

Here, the two-piece co-ord is marketed as a "vintage African Ankara dress" and is going for 49 pounds (S$83.19). For the uninitiated, Ankara is a type of wax-printed cotton textile that has colourful patterns on it and is commonly used in African clothing.

"Depop is wild... how are you selling a Singapore Airlines uniform and calling it 'vintage African'??" Leyla tweeted. 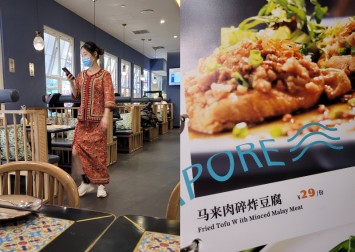 She also took a jab at the odd way the model had draped herself over a chair — definitely not something an SIA girl would usually be seen doing.

One netizen shared that it would be amusing for someone to think that they had purchased a vintage dress, only to realise later that it was actually the "Singapore Air dress code".

Another user shared that resemblance to the iconic uniform aside, the dress was actually "really cute".

Someone even snapped a picture of the actual SIA kebaya and said that it "looks the same".

And others were simply just intrigued by the model's bizarre poses.

This isn't the first time the SIA uniform has been misrepresented. In April, a Singapore-inspired Chinese restaurant in Beijing went viral for having its waitresses dress as SIA stewardesses.