Most of us can't imagine living till nearly 100 years old, much less spending three quarters of it with another person.

Yet this couple, only identified as Mr and Mrs Sng, have done just that. They are 99 and 92 respectively, and according to President Halimah Yacob's Facebook post, they have spent over 75 years married to one another.

The pair endured more than seven decades of ups and downs — including the hardships faced during the Japanese Occupation — and today have five great-grandchildren.

"Their story is a remarkable testimony of staying committed to one another in a marriage, supporting each other, and braving difficult times together," wrote President Halimah.

Read Also
21 signs your husband will love you even after 20 years of marriage! 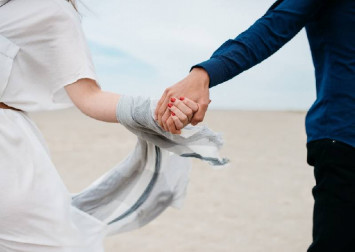 The husband and wife duo still enjoy walks and meals with their family members and were recognised as one of over 160 Golden Jubilee couples in Singapore  — couples who have tied the knot for more than 50 years.

Though there's no physical ceremony this year for the Golden Jubilee Wedding Celebrations, which have been held annually since 2017, President Halimah notes that "these couples' inspirational stories will leave an indelible mark on all of us on what love, respect and marriage means".

2019's Golden Jubilee Wedding Celebrations saw 210 couples who have been married for more than 50 years renewing their commitment to one another at Raffles City Convention Centre.