We always think that it’s great to see a friendly face at work when you start a new job because it should make you feel more comfortable, right? However, for one particular woman, her former acquaintance ended up making her life hell. She shares with us her story.

This may be the ultimate cautionary tale of an ideal supervisor who slowly but surely turned into the boss from hell. Here goes: I knew Petrina* before she became my boss, as we were colleagues at a previous job.

While I didn’t work with her directly, we were on ‘nodding-hello-in-the-corridor’ terms, and she never gave off any bad vibes then.

A few years later, I applied for a job and was surprised to see Petrina when I walked into the interview room.

She greeted me with a friendly smile and told me that she had personally picked my name from the pile of CVs the company received as she remembered me and knew that I was a hard worker, so felt that I would be the perfect candidate for the job.

This took me by surprise, but I’ll admit I was very flattered by what she said.

Petrina wasn’t as friendly once she officially became my boss. She seemed aloof and never had time for any pleasantries — it was all work, work, work with her.

I didn’t take it personally and thought it’s probably just her making sure things were kept totally professional between us. We weren’t exactly friends anyway, so I couldn’t have expected her to become pals with me — she was my boss after all.

Unfortunately, I soon found out that there was never going to be anything friendly between us because she turned into the boss from hell.

While she used to give proper and specific instructions, now she just constantly barked orders at me as if I were not worthy of even breathing the same air as her, let alone working in the same workspace.

Not just a bad patch

This was only a couple of weeks after I joined the company, so it really took me by surprise. At first, I thought she was perhaps going through a bad patch in her personal life, so I gave her the benefit of the doubt and just let her be.

But after a month of shouting and screaming — and those 30 days seemed a lot longer, to be honest — I knew that there could be no reason for her doing so other than the fact that she was just wired that way.

There were a number of times when her insults turned personal; she would make cruel jibes about my weight, for instance.

Read Also
Work with a narcissist? Here's how to deal with this type of toxic colleague 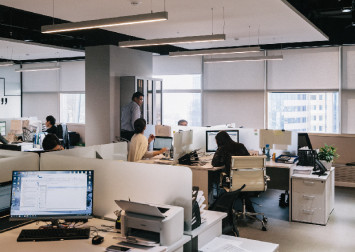 I decided to start paying attention to see if she yelled at anyone else, too — I was flummoxed and hurt to discover that she didn’t seem to have any issues with anyone else. Was it really just me?

I really loved my job and the pay was good, so I decided to grin and bear it for a while. But soon the steady stream of verbal abuse started to take its toll on me.

For one, my sleep was affected as I couldn’t get work out of my head — or rather, I couldn’t stop thinking about Petrina. The thought of facing her in the morning was enough to make me feel antsy throughout the night.

But the worst part was that, even when I was asleep, I couldn’t shake her off. I dreamt of her most nights — or rather, I had nightmares about her, to be precise. In my fitful dreams, she was always screaming at me at the top of her voice.

I would wake up in a sweat and not be able to get back to sleep again. Because this happened every few nights, I ended up feeling tired all the time and found it hard to concentrate at work — which, of course, gave Petrina even more excuses to raise her voice at me.

Nobody to turn to

I didn’t know who to turn to as I certainly didn’t have anyone in the office I trusted to discuss my situation with. It was only when my best friend asked me about work one day that I broke down in tears.

Between heaving sobs, I told her about my awful boss and the psychological effect she had on me. After listening, she insisted that I should leave my job.

Read Also
Do you deserve better? 10 warning signs that your company totally sucks 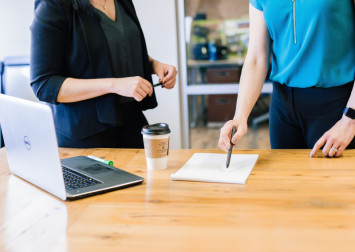 I knew that it was the only thing to do; Petrina didn’t strike me as the sort of woman who would admit to her mistakes, even if I initiated a ‘serious’ chat about the situation with her.

While I didn’t want to admit ‘defeat’, it was the only way to go. I had been in the job for less than six months, so Petrina actually had the gall to ask me why I was leaving so abruptly. I didn’t tell her the truth, of course (even though I really wanted to, trust me!), so I just made up a white lie about wanting to travel for a bit.

The nightmares actually continued for a couple of weeks after I left but they didn’t have the same effect on me, because I knew that I didn’t have to see her again.

Part of my subconscious might still have been thinking about Petrina (I have no idea why!) but she was certainly out of my mind during the day – and my life too.

The experience certainly taught me never to judge a book by its cover. This may be cynical, but I’ve also learnt not to be swayed by first impressions because situations — and people — can change at the drop of a hat, and we’ll never ever know why.