A recording of Jeff's previous livestream, where he told viewers not to chat, has gone viral on TikTok.

For Cathay busker Jeff Ng, his 15 seconds of fame on TikTok turned into a great opportunity for his career. However, being in the spotlight now is threatening everything he has worked for.

With his meteoric rise to fame comes the airing of his dirty laundry and it ain't pretty.

Amid claims of a toxic relationship from an ex-girlfriend, a clip from Jeff's old livestream has recently gone viral on TikTok — ironically, the same platform that also made him an overnight sensation.

TikTok giveth but it taketh too, it seems.

According to the 85-second clip posted by TikTok user Pamminnie yesterday (July 3), Jeff was midway through a broadcast on a Chinese livestreaming app and addressing his viewers.

The caption on the clip read, "Not only live bar cannot talk, even livestream also cannot talk! Jeff Ng, you okay mah? [sic]"

The full context isn't apparent but the start of the clip shows Jeff apologising to his supporters for "not being able to sing" before asking them to "choose".

He continued: "If you don't want to leave, that's okay. I'll leave. After this song finishes, I'll leave the livestream. I can take a break as well. I'm okay. I'll just not collect my 'wages'."

Read Also
'He's a changed man': Cathay busker Jeff Ng's wife defends him as others spill on his 'entitled attitude' 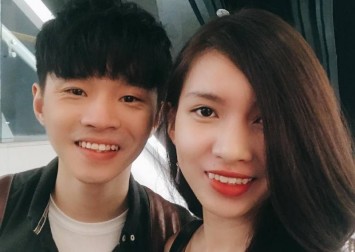 It isn't immediately clear what's the issue but about halfway through the clip, Jeff replied directly to a netizen's message: "Sorry, it's not intentional. It just so happens that she was talking to you. I know you're usually here to listen to music. It's okay to listen to music but try not to chat."

Jeff went on to say that his viewers can do whatever they want and that they can "take your own sweet time to chat" after he has ended his livestream.

A longer clip of the same incident posted by TikTok user Sgguobaohor shed more context with its caption that read, "Oh no, looks like someone made him angry and is asking his fans to choose between leaving or him leaving".

The extended version also showed Jeff explaining that he is "four days away" from hitting his target and he will not be able to earn money if he ends the livestream.

"Coincidentally, I'm four days away [from my target] so if I don't livestream today, I'll think of something," he said with a laugh. He then repeated that there's nothing he can do and he'll just not be able to earn money.

When one of the viewers said that they'll not be able to watch his livestream next time, he said: "No, you can still watch in the future. Just try not to chat... but I don't want to say anymore."

According to a netizen in the comments, the recording was of a livestream he had last year during the pandemic.

Other netizens didn't take kindly to his behaviour in the clip and described him as "passive-aggressive" and "controlling".

It looks like that's not the first time Jeff has called out audiences as musician Khim Ng previously claimed that he has an "entitled attitude".

She said: "No major live bar outlets will dare to hire him. Apparently he still scolds patrons for 'making noise' during his sets... There's no entitlement for any of us that's been in the scene longer than him to behave this way. So why should he?"

Jeff has since apologised for his behaviour in his past relationships and his wife Zona Tay has also defended him publicly, calling him a "changed man". 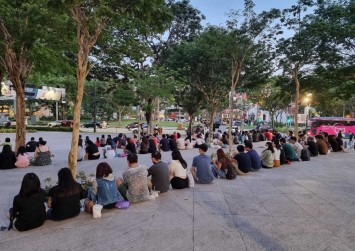 The scandal-ridden singer also cancelled his live performance last Saturday, citing the "steadily climbing" Covid-19 cases as the reason. Several people around him had also tested positive, he added on his Instagram Story.

However, there was still a crowd waiting for him when AsiaOne checked out the spot on the night of his cancelled performance. A handful were aware of the cancellation but decided to show up in case Jeff or another busker ended up performing.

One would-be audience member, who wanted to be known as Oei, had "just come back from abroad" and hoped to watch Jeff's performance despite his scandals.

The 29-year-old told AsiaOne: "I think it doesn't affect his performance so I'm here for his performance. I see a separation between his professional life and his private life.

"We all make mistakes. I think everyone deserves a second chance. He has apologised so I think the best thing we can do is move on and stop dwelling in the past."

Just today, Lianhe Zaobao reported that Jeff has cancelled his performance, which was scheduled for tonight at Dhoby Ghaut Green, after checking the list of performances at the venue on the National Arts Council website.