Would you help your partner foot her $10k egg freezing bill? Only 31.6% of men say yes

For years, Singaporean women haven't been able to freeze their eggs for non-medical purposes, but things are changing.

It was announced in March that women between the ages of 21 and 35 will soon be allowed to undergo elective or social egg freezing.

This can be done regardless of their marital status or reasoning, but only legally married couples can use the frozen eggs to try for a baby through in-vitro fertilisation (IVF).

While this is a huge step in the right direction for society, it doesn't mean that all women may be keen on undergoing the procedure, especially since it isn't an affordable one either.

In an attempt to dig deeper and understand how both women and men may feel about the idea of egg freezing, AsiaOne polled 867 people — 49.9 per cent female and 50.1 per cent male.

The cost of egg freezing

One thing is for sure — egg freezing is pretty expensive. The price alone may be a huge deterrent for some, even if they are keen on the idea.

And if you're a woman who's considering it, don't hold your breath for your partner to foot the bill. Only 31.6 per cent of men polled said they were willing to pay for their partner to get her eggs frozen.

As for the rest, 37.8 per cent said they would not pay for the procedure, and the remaining 30.6 per cent were undecided.

For some context, the average cost of egg freezing is about $10,000 for just one cycle, which ranges between 10 to 14 days. This includes medication on the first day and the egg retrieval at the end of the process. 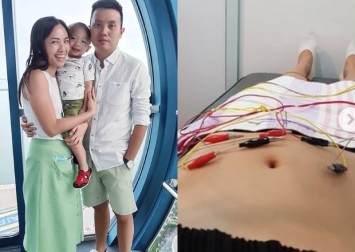 And that may not be the only thing you have to fork out money for. If your package does not come with consultation fees, egg storage, preliminary testing fees and additional fertility drugs, you'll probably have to top up even more money.

One 19-year-old we spoke to, who goes by Maisarah, said that she expects her partner pay about half the amount if she were to ever undergo the procedure.

"The child will be ours after all," she justified.

On the other end of the spectrum is Tan Sock Neng, 34. From her perspective, she doesn't want to put that burden on her partner as it is her "personal choice".

'I can have children at any time or age'

However, while the procedure comes with a hefty price tag, 33.7 per cent of our female participants said that they would still willingly freeze their eggs.

Understandably, one common reason would be that many women are worried about their ability to get pregnant in the future. This was a concern for 50.8 per cent of women open to egg freezing.

"Egg freezing gives me that comfort to know that I can fertilise the eggs and have children at any time or age," Maisarah elaborated.

Other common reasons include wanting to harvest their eggs at the peak of their fertility, and wanting to plan when exactly they have kids.

Some women have their qualms

On the other hand, 42 per cent said that they would rather not freeze their eggs, and it isn't just because of the cost.

Of course, there are those like Valerie Chen, 33, who are concerned about how the procedure will affect their bodies.