In the spirit of "for better or for worse", this couple from Pekan, Pahang didn't let a car breakdown stop them from capturing beautiful shots on their big day.

The resulting pictures shared on Twitter by the photographer Apihazmi on Aug 15 garnered over 14,000 likes and 8,000 retweets.

The original plan for newlyweds Noni and Naqi was to head to the beach after their wedding ceremony. The couple had wanted to have a seaside wedding photoshoot.

However, things didn't exactly go according to plan.

"On the way to the beach, as I followed them from behind in my car, they suddenly stopped at the side of the road. Their car's temperature was heating up," Apihazmi told Kisah Dunia in Malay.

Ever ready to capture the moment, Apihazmi said: "I told them that since their car was stalled, it's okay, we can still take a few photos while we're here."

They even made the best out of the situation, using their stalled car and road signs as a prop for the shoot. 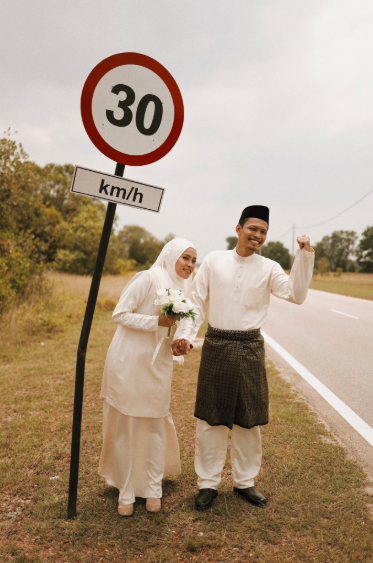 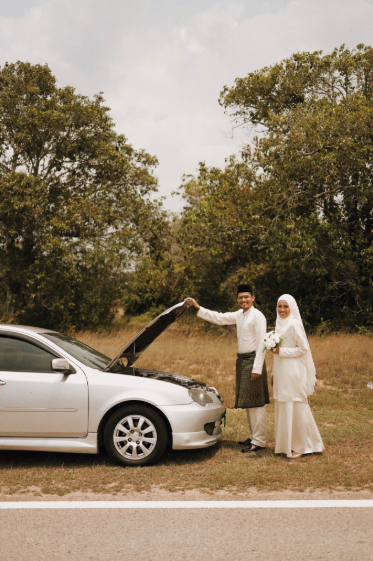 Netizens were full of praise for the creative and spontaneous pictures that showcased Apihazmi's skill as well as the couple's easygoing nature.

According to Apihazmi, many passing drivers honked at them but did not stop as they thought that the broken-down car was a prop.

Despite the hiccups along the way, the couple hitched a ride with Apihazmi and eventually made it to the beach in time for the shoot that they had originally planned.

In the end, instead of having their big day derailed, Noni and Naqi simply wound up with some bonus pictures and a funny story.