A Malaysian professor has been lambasted for a video in which she states that women should "dumb themselves down" in order to attract a partner.

Dr Muhaya Mohamad, who's a well-known ophthalmologist and media personality in the country, allegedly posted a video on her social media channels in which she aired her opinion on why women are marrying late.

The video has since been deleted but was reshared by a Twitter user on Tuesday (June 8).

Among the many incendiary remarks made by Muhaya, she stated that women were driven to succeed due to "high levels of testosterone", and advised them to "stop trying to liberate yourself to be equal to men".

One of her tips for women to end their singlehood included "dumbing down so men will like us, otherwise, we will end up marrying much later".

With regard to religion, the motivational speaker gave the example that women should always look to men for leadership, regardless of their status in the workplace.

According to the Malay Mail, Muhaya was quoted as saying: "All imams are men, prophets were also men.

"Let's say in the office you have a general worker who's male and a female CEO, when you're praying, the man is still leading you no matter what."

Not surprisingly, her opinions have been slammed as "sexist" and "misogynistic" by Malaysians.

Said Twitter user Farrah who reuploaded the clip to her channel: "If women are too independent, we would have high testosterone? I would rather be single if my stupidity attracts my future spouse."

Her post has attracted over 1.5 million views on Twitter, with a majority condemning Muhaya for her comments.

If they are too scared to approach a fine, confident & independent lady like you, they are not for you. The right man with the sekufu intellect will come. NEVER LOWER DOWN YOUR INTELLECTUAL LEVEL TO ATTRACT AN INSECURE MAN, IT’S NOT WORTH IT.

In an interview with World of Buzz, Farrah shared that she felt insulted by the insinuations that women should “degrade themselves just to feed a man’s ego”.

However, some noted that this could be typical of a "boomer mindset", to which one netizen disagreed.

I'm a babyboomer, but I certainly and absolutely do not agree. And I happen to have a PhD since 1996, happily married since 1985.

Another user expressed concern that Muhaya's rhetoric could be "sending the wrong message" to young women. "Women should definitely not lower their intellectual level just so that they can attract a man," said the user.

I’m sorry but my mum didn’t raise me to be ‘bodoh-bodoh sikit’ in front of men so that I can ‘bertemu jodoh’. You are sending the wrong message to girls and young women. Women should definitely not lower their intellectual level just so that they can attract a man. https://t.co/xc0G7GsV3O

The issue has also spawned the thread "#bodohbodohsikit" on Twitter, with men voicing their disagreement with Muhaya as well.

As a guy I really am not attracted to #bodohbodohsikit https://t.co/QnDUgvqcza

To all the girls out there… you don’t need to change to win men’s heart. A study from a biological anthropologist, Helen Fisher showed that 87% of American men prefer to date a confident woman who was more intellectual and better educated than they were. #bodohbodohsikit

Muhaya is no stranger to controversy. She had previously come under fire in January this year, reported Malay Mail, for urging those with anxiety to stop taking their prescribed medication.

The issue of sexism in Malaysia also raised its ugly head in March, when a government body was made to apologise for posting a series of "household happiness" posters criticised for being sexist. 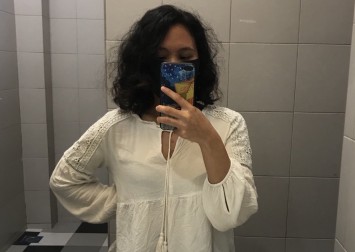 The Malaysian women's ministry had offered tips for how wives should behave during the country's movement control order period as a result of the coronavirus pandemic, reported several news agencies.

One post which triggered backlash advised women to "avoid nagging" their husbands and to imitate the squeaky voice of the cartoon character Doraemon.