With sugar dating websites such as Universe Club and Seeking Arrangement gaining popularity in Asia, fewer people are batting an eyelid at money-for-love arrangements. But advertising it on the streets of Malaysia? Now that's a different story.

In a tweet on Dec 17, Khairul Azri shared pictures of Sugarbook's billboards and promotional materials, slamming the company and questioning the city council for allowing the ads to be displayed.

He wrote: "Sugar daddy, sugar baby and sugar mummy ads are promoted and made publicly available. How can Kuala Lumpur City Hall approve a big signboard like this?

"In my humble opinion, it does not fit our manners and culture in Malaysia."

One of Khairul's pictures showed a billboard featuring a young woman cosying up to a silver-haired man. It read: "Upgrade your love life!"

Another billboard read: "This is the meeting place of the beautiful and successful."

According to Khairul, he had spotted the billboards at Bangsar and Sri Hartamas.

Sugarbook touts itself as a social networking website where "romance meets finance". Users are required to choose a role when they join — sugar daddy, sugar mummy or sugar baby.

Once they find a suitable match, they can enter into a sugar dating relationship, which Sugarbook defines as one where "both parties define what they want in a relationship in exchange for financial support".

The tweet, which has since been retweeted over 3,000 times, had netizens criticising the ads and asking for them to be taken down.

But some defended the ads and even expressed their interest in signing up for the service.

In a statement on Dec 18, DBKL said that it had not approved the advertisement. It added that Sugarbook had not obtained the approval from the foundation that owns the billboards, Yayasan Wilayah Persekutuan, either.

"The operator of the LED (billboard) has been notified about the advertisement content that is sensitive by Malaysian norms, and it must be immediately removed from the LED display," said DBKL.

In response to the online furore, Sugarbook's founder and chief executive Darren Chan, 31, released a statement defending the company.

Chan wrote: "In light of the public's concern over our billboard, we hope you understand that we built Sugarbook to empower women by giving them a dating platform to choose freely what they want in an ideal relationship, without being scrutinised."

He also clarified that the sugar babies on the platform were "not illegal sex workers".

In an interview with Malay Mail, Chan explained that Sugarbook was "wrongly advised" by its ad publishing company, which had claimed that they had acquired the necessary approval for the billboard ads.

The ads had reportedly received approval from Dewan Bahasa dan Pustaka (DBP) before they were put up.

However, DBP, the government body which coordinates the use of the Malay language and Malay-language literature, is only responsible for correcting the spelling and grammar in advertisements and ensuring that proper Malay is used. 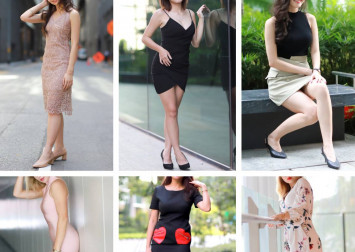 "We were led to believe that the approval that I have attached, is the only approval needed to proceed. But it has come to our attention that we lacked DBKL's approval," Chan said.

The road for Sugarbook in Malaysia has not entirely been smooth-sailing.

Last March, an entertainment outlet called off a Sugarbook party that had been planned on its premises as its management was reportedly worried that the event would attract controversy.

With ethnic Malay Muslims making up 60 per cent of the population, Malaysia remains culturally and religiously conservative.

Earlier this month, the government vowed "firm action" against a tattoo expo that had featured models in various states of undress, calling it "obscene".

#malaysia #Dating/Relationships #Advertising and Marketing #In Case You Missed It