On today's episode of Asian fruit faux pas, we present you with: The Jackfruit.

A Malaysian woman in Illinois, US, was strolling through the aisle of a supermarket when she came across cling-wrapped packages of ready-to-go jackfruit.

Except. It looked nothing like the jackfruit we know.

This is how Whole Foods cut up nangka (jackfruit). I don’t know whether to laugh or to cry. #fail

The fruit was proudly sliced and presented as though they were slices of watermelon or pizza.

Needless to say, she was aghast, as were the rest of the internet. How could someone treat our beloved jackfruit this way? 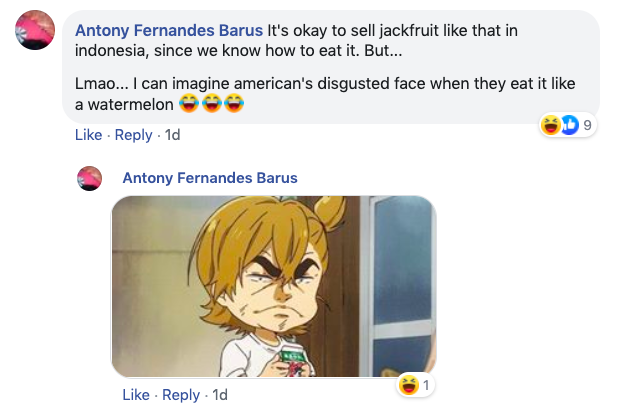 The western world never ceases to amaze us when it comes to their perception of 'exotic' fruit. First, it was rambutan (cast in Netflix's Another Life as an alien fruit), and now, the humble nangka gets unceremoniously butchered, literally.

What was once treated as a pest-plant and ridiculed for its less than stellar appearance ("gross-looking lump of fibre" is one description) has recently taken America and the UK by storm after its discovery as a vegan substitute for meat. 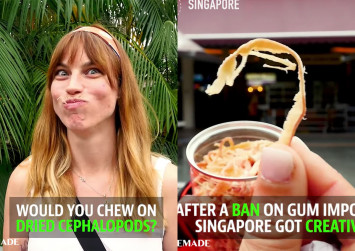 It's no surprise that westerners are now looking for ways to sample the trendy delicacy for themselves, and Whole Foods is just one of many outlets catered to their changing dietary needs.

We'd just like to think Whole Foods should live up to their name and serve the fruit, well, whole.

And as pointed out by one commenter, Risma, the jackfruit pith and seeds do have an inedible milky white sap. Most fruit sellers don't pry open a jackfruit without the use of gloves due to how terribly sticky it is, let alone slice through the entire fruit, seeds and all, coating the flesh in the inedible sap.

Kudos to this Whole Food worker's knife skills though.

#fruit #United States #In Case You Missed It