Chinese fund managers, grappling with a rapidly-growing list of publicly-traded securities and mountains of data, are rapidly embracing machine learning and other types of artificial intelligence (AI) to boost efficiency and bolster returns.

From using computers for analysing news and research reports and crunching numbers to getting robots to pick stocks, the move comes as foreign players are expanding their footprint in China's $3.4-trillion (S$4.5 trillion) mutual fund industry.

While AI has already beenwidely used in China's mammoth e-commerce and manufacturing sectors, it is now being adopted by asset managers as Beijing aims to digitise the economy further and close the technology gap with the western world.

"I think it's a must. Every major player is actively looking for AI solutions. The competition is really tough," said Bill Chen, chief data officer of ChinaAMC, which managed $246 billion worth of assets at the end of last year.

Global fund managers such as BlackRock Inc have been using computer artificial intelligence (AI) to analyse fundamentals, market sentiment and macroeconomic policies in the last couple of years to get an investment edge.

"Companies like BlackRock have very powerful, advanced technology. They are leading us in AI for sure, by at least several years," said Chen. "But I think we understand the Chinese market better." 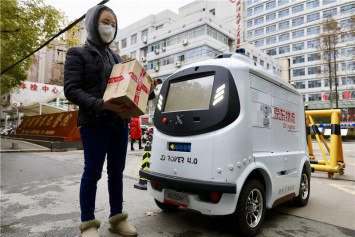 Fund managers' increased usage of AI in the world's second-largest economy comes as Beijing is stepping up digitalisation drive, a trend accelerated by the Covid-19 pandemic and as it increasingly clashes with the West over technology policy.

Growing investments into AI are also being fueled by early signs of success.

Zheshang Fund's first AI-powered fund, Zheshang Intelligent Industry Preferred Hybrid Fund has gained 68.34 per cent since its launch in Sept 2019, according to its Q1 report, compared with a 21.64 per cent gain in its benchmark, which is a combination of stock and bond indexes.

The fund has built an "AI Beehive strategy model" in which robots team up like humans to buy stocks. More than 400 robots compete for the right to make decisions as their models constantly evolve through trial and error. 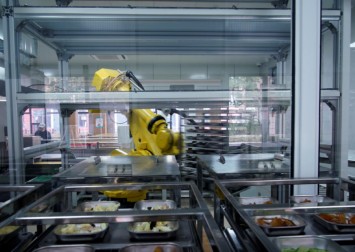 Peter Shepard, managing director at MSCI Research, said that instead of providing super-human intelligence, AI provides super-human scale that will open up fresh sources of information that drive new levels of insight and efficiency.

"These new tools on their own can't predict the future any better than people can, but they are key to unlocking new, alternative and unstructured data sets that will continue to transform the investment process."

"AI will be an important edge," said Larry Cao, senior director at CFA Institute, who authored several reports on AI-powered investing. "The hard truth with AI is that the bigger firms can invest a lot more resources."

Some Chinese industry officials, however, expressed concerns that the use of machine learning algorithms to pick stocks and better returns could run into regulatory challenges. 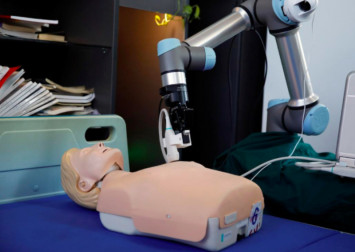 "From a regulatory perspective, you need to go through a lot of compliance procedures. You need to write reports on your decision making. Some AI-powered models are like black boxes, and unexplainable," said Yu of ABC Fintech.

As learning algorithms are increasingly used in trading rooms, local fund managers are working with regulators to try to design new standards for the industry.

"One of the main barriers we face ... is that we are so highly regulated," ChinaAMC's Chen said. "Every decision you make, you have to be responsible for that decision, and you should be able to explain a decision when you lose money."