When we bought my London flat, my Mother and I had been comfortably settled in our family home for 30 years, and weren't expecting to move anytime soon. As I had already been in the UK for four years (and would spend a total of 11 years there), it seemed sensible to buy a small shoebox unit in London, as London rents were (and still are rather astronomical) we felt that we could save quite a bit doing so. Moreover, London prices had been rising crazily before we bought, so we were optimistic that we could make some money in the process.

Here is what we bought:

On paper, it sounds good, doesn't it? Almost a decade later, I consider it the singular worst investment I've ever made. These are the lessons I've learned in the process, which I hope will be of value to you if buying a property in the UK (or just overseas) is something that you're considering.

1. Think about your long-term housing needs in Singapore first

Investing in overseas properties is very, very illiquid: make sure you've settled your long-term housing needs in Singapore & have enough cash/liquid investments to cover medical fees in case of emergencies, before investing in London.

Due to unforeseen circumstances, we had to leave our home in Singapore but weren't able to buy a flat here as we had received zero offers on our London property despite having had it listed for over six years at that time. It would take another 3 years before we receive our first offer, which would entail selling at over a 20 per cent loss. Thank you very much, Brexit & Covid-19.

Why am I telling you this? Not in a bid to share a sob story, but merely to reinforce my message: overseas property investments can be extremely difficult to sell. Of course, everyone buys in the hopes of reaping a good profit - we know many who did, such as a friend who bought in the same development at the same time as us but managed to flip for a £400,000 (S$679,000) profit (i.e. she sold the property before it even TOP-ed/ after only paying the deposit for it) - but don't count on being able to sell quickly if you suddenly need money.

Don't forget that you have to account for exchange rate fluctuations when purchasing overseas properties. On paper, you may get more than what you paid for the property. However, after converting back to Singapore dollars, you could actually make a loss. In the worst case, you won't even get any offers!

Hence, it would be best if any money you put towards overseas property investment is extra money that you won't urgently need in the future (i.e. you already own a place in Singapore that you can and are happy to live in for the rest of your life. Furthermore, you have sufficient liquid investments and/or cash savings to cover emergency medical fees.)

2. Be very clear about why you're buying: investment or own-use?

Ideally, a property could serve dual functions: we could live in it (or use it as a pied-a-terre), whilst its value keeps appreciating, and at a rate higher than that of other properties). In reality, however, you often have to make a compromise.

Certainly, if you actually want to use the property, it doesn't get more convenient than that. Even if you WFH and don't have to go into your London office/school, the array of restaurants and various entertainments in central London is simply dazzling. I couldn't agree more with Samuel Johnson when he said, "When a man is tired of London, he is tired of life, for there is in London all that life can afford,"

However, just as the OCR and RCR regions have been outperforming the CCR in Singapore in recent years, central London properties may not always be the best UK property investments (even barring the Covid-19 effect, in which the race for space has led to properties outside London rising in value whilst central London values tank). Take 2016, for example. Of the 10 top-performing London boroughs, eight were in Outer London.

To give a personal example, a British friend and I both bought new launch flats from the same developer at the same time. However, my flat was on the boundary of Zones 1 and 2 whilst hers was in a "gentrifying" area. To put it nicely, it's an up-and-coming area.

In less euphemistic terms, it's an area outside of central London where the crime rate is much higher than the London average and which even my London-born and bred friends had advised me against visiting. Certainly, I would never buy a property there to live in. However, in terms of investment, it was a stellar buy: she managed to sell it within two years at almost 50 per cent profit and has now used the funds to move from a one bedroom flat to a four bedroom house!

Note: not all banks will lend you money to purchase properties in Outer London, so do check with your banker first! Also, do shop around: in 2017, for example, DBS only lent money for London properties in Zones 1 and 2 whilst UOB would do so for Zones 1-4.

3. If you're buying solely for investment returns, there’s more to UK property than London

In fact, if your sole purpose of buying overseas property is to make money, you may even want to expand your search areas outside of London. Take 2017, for example. Brexit certainly did its damage to the London property market: in the third quarter of 2017, London was the only area in the UK in which prices fell. If you had bought a London property in 2016, hoping to quickly flip the property in 2017, you would have been in for a big disappointment.

Do note, I am not saying central London properties aren’t profitable. Instead, I’m saying, if your only aim of investing in UK property is to make as much profit as fast as possible, don’t have tunnel vision: research central London, non-central London, other English cities, Scotland, Northern Ireland, and Wales before you buy!

There are many arguments for and against buying new builds as well as for and against older properties. Click this link for a summary of the pros and cons, of which I’ll highlight just two here.

New builds: no fear of gazumping

Personally, I much, much, much prefer an older period home that has tons of character. However, in the end, we still bought a new-build home, thanks to the property phenomenon in the UK, gazumping.

If you have never seen this word before, rest assured that I didn’t make it up. Gazumping is when someone makes a higher offer for a property that the seller has already accepted an offer on and thus successfully buys the property. (In other words, John agrees to sell you a house for $10, but James offers $15, and so John sells to James, leaving you high and dry.) This doesn’t just add stress and time to the house-buying process, it can also add to the expense (money that you’ve paid out so far), and is extremely common when the property market is hot.

Generally, in England, after a seller accepts an offer on a property, the buyer then pays a lawyer to do the conveyancing searches on the property. This can sometimes bring up a skeleton in the closet which may result in you choosing not to proceed with the purchase.

For example, it could reveal that the property in question is subject to Compulsory Purchase, in which you could be forced to vacate the property for planning purposes (with compensation). Even if the seller changes his mind about the sale, you will still have to pay the legal fees for the searches.

If you are gazumped several times (I was gazumped thrice) those costs start adding up. Buying a new launch directly from the developer removes this uncertainty from the equation. However, do note that even new builds aren’t set in stone: my apartment ended up being ready one year after the initial TOP date, which resulted in an extra year of rental expenses, so do factor all this into your decision.

Older properties: you don't have to pay the new build premium

In Singapore, it’s widely known that whilst new launches are priced above their neighbouring developments, they have a knock-on effect that raises the average psf of the area. Many people buy a new launch and then put them up for sale at an even higher price once it is completed. 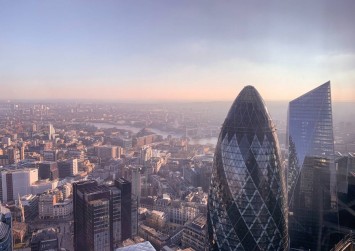 The surrounding older condos may benefit from a rise in value but are typically still cheaper (in terms of psf) than newer properties. (I.e, in Singapore, people are generally willing to pay more for newer properties.)

In contrast, in the UK, whilst you still pay a premium for a new build property, the new build premium in the UK disappears once you buy the property.

In other words, you may pay $100 for a new-build flat in the UK now but when you try to sell it one hour later, it’s already worth less than $100. Research has even found that, on average, new builds still underperform the local benchmark by about 10 per cent even when they are sold seven years after they are built!

This brings me to my next point, don’t blindly project your Singaporean property knowledge onto the UK. The UK property market is a huge market after all and, not surprisingly, a much more complicated one. For example, even though Scotland, England, and Wales are all within the UK (for now, at least), the way property is sold differs in the three areas.

5. Don’t assume that UK property works in the same way as Singapore property: freehold vs share of leasehold

In the UK, however, it is usually possible to top up the lease before it ends (there are some restrictions, such as a minimum ownership period before the end of the lease etc)

You will need to pay a sum of money, but you won’t be in a situation in which the property eventually becomes worthless. You may even be able to buy the freehold (i.e. converting your property from a leasehold one to a freehold one!) For more information on how this would work, do visit this page.

Such is the allure of freehold in Singapore that there are some who resolutely refuse to consider any properties, however attractive they may be if they are not freehold (or at least 999-year leasehold in nature).

This was the mistake I made when I was first looking for a property in London. The market then was really hot, and properties were selling very fast. By refusing to consider a property with a shorter lease, I missed out on several flats that I would have been happier living in and that I could have potentially sold more easily, as several of my friends did.

To sum up, this is by no means a comprehensive overview of buying London property, which is too wide a topic to cover in a single article. If you would like to hear more about buying a UK property, do leave a comment to let us know! If not, I’ll be back next week with another article on the flip side of the coin: selling a property in London.